Laune Rangers have exited the Intermediate Championship at the Quarter Final stage as home side Rathmore staged a second half comeback to win by a single point in Rathbeg on Saturday evening.  Full Time Score:- Rathmore 3-11, Laune Rangers 1-16.

Laune Rangers travel to Spa Killarney on Sunday next, September 4th for their next Junior A Championship fixture.  Throw in 12pm.

Laune Rangers host Ardfert on Sunday next, September 4th in the Quarter Final of the County Club Championship.  Throw in 3pm in JP O’Sullivan Park 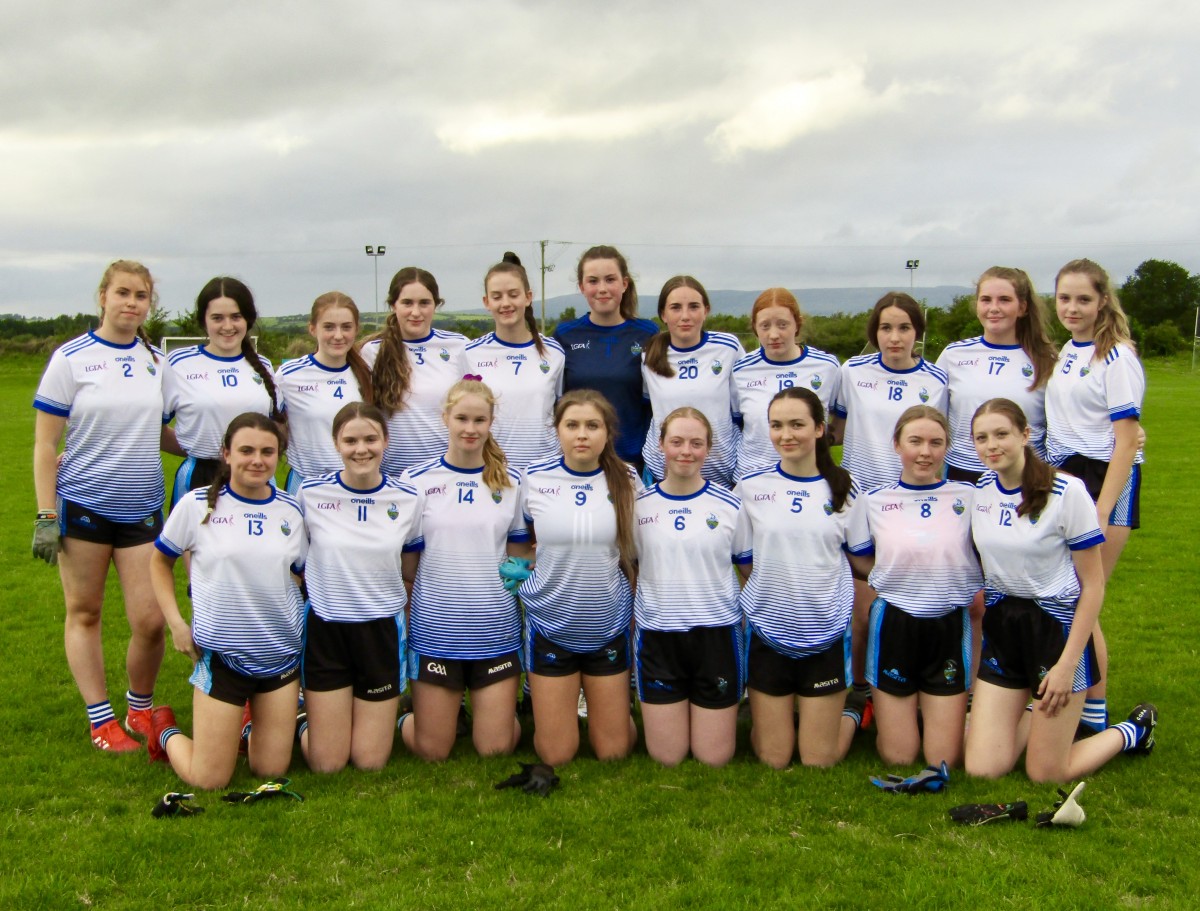 A gallant display by Laune Rangers was not enough to claim the silverware in the Kerry LGFA Under 15 D Championship Final on Tuesday evening, as they were defeated by Inbhear Scéine Gaels B in Barraduff Community Field.  Laune Rangers created early chances, and almost had the ball in the net in the opening minutes as Niamh O’Sullivan’s shot dragged wide.  In contrast, ISG B team – a club made up of players in the Kenmare, Kilgarvan, Templenoe & Tousist areas – took their chances and had 1-1 on the board with their first two attacks.  However, Laune Rangers were soon level as Saoirse O’Shea followed a pointed free with a goal from the penalty spot – an excellent shot into the top corner.  With fifteen minutes played, the sides could not be separated at 1-1 a piece.  ISG were awarded a penalty of their own and made no mistake in hitting the net and regaining the lead.  Laune Rangers were attacking in spades but couldn’t convert their chances with the crossbar, posts and IG goalkeeper all stopping the Rangers from adding scores.  Áine Hassett did manage to slot an excellent point, but ISG responded by scoring a third goal soon after.  Laune Rangers battled their way back into the game, aided by some excellent defending, with points by Aoife Fenton Toms and Saoirse O’Shea (two frees), but a strong finish to the half by the Kenmare District side saw them add 1-3 to their lead and take an eight point lead into the break.  Half Time Score:- Inbhear Scéine Gaels B 4-4, Laune Rangers 1-5.  The beginning of the second half had a ten minute scoreless spell as defences were thriving – Kate Costello and Elmarie Longeran leading their respective lines – before Áine Hassett eventually broke the rut and struck to the net to reduce the deficit to five points.  Pointed frees were traded (Saoirse O’Shea with the Rangers score) to see ISG leading by 4-5 to 2-6 with fifteen minutes remaining.  Inbhear Scéine followed a point with their fifth goal, leaving Laune Rangers with a three goal mountain to climb in the latter stages.  However, they laid a relentless siege on the opposition goal, with Riadh O’Sullivan & Niamh O’Sullivan feeding Sarah O’Brien and Áine Hassett with excellent passes to begin the attack.  Sally McGillycuddy slotted a free before Áine Hassett scored her second goal after a great run.  A free was dropped into the edge of the small square and caught by Sally Mack who did excellently to create space and slot the ball to the net to leave Rangers just two points in arrears.  However, ISG rallied and held out for the remainder of the game, adding an insurance point late on to claim victory.  Full Time Score:- Inbhear Scéine Gaels B 5-7, Laune Rangers 4-7.  Laune Rangers:- Leah Russell, Kate Costello, Nicole McCormack, Kate McGeever, Elmarie Lonergan, Meadhbh Brennan, Amie Moriarty, Riadh O’Sullivan, Megan Gillespie, Emma O’Sullivan, Sarah O’Brien, Saoirse O’Shea (1-4, 1pen, 4f), Áine Hassett (capt, 2-1), Aoife Fenton Toms (0-1), Niamh O’Sullivan.  Subs: Sally McGillycuddy (1-1), Amy Callan, Sarah Patton, Aisling Dwyer, Saoirse Cronin Langham, Molly Kingston. 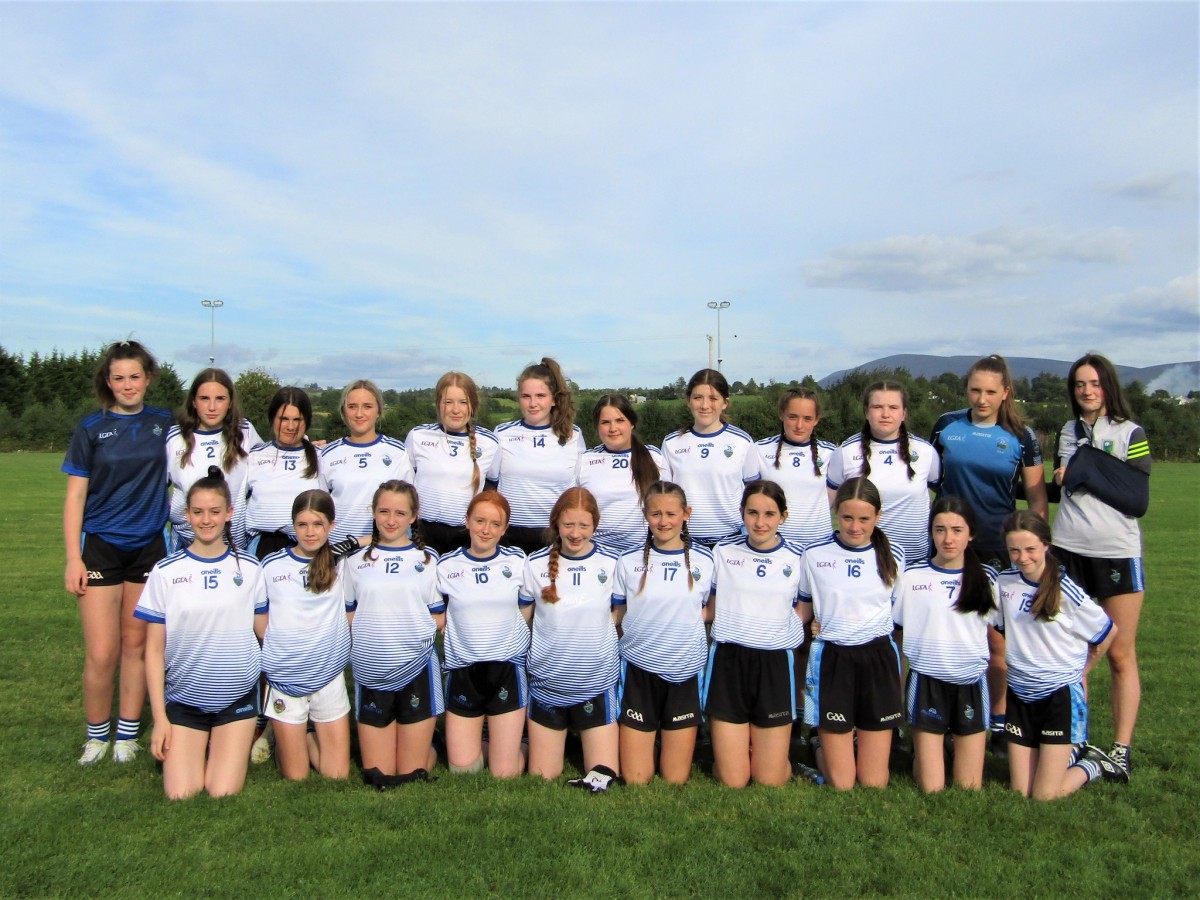 Laune Rangers took on Milltown/Castlemaine on Thursday evening for some highly enjoyable go games.  Well Done to all.

For those over 17, is up and running once again and it is just around the corner. Please get in touch with us and let us know if you, are anyone you know, may be interested in taking part. The competitions are: Figure/Céilí Dancing, Solo Singing, Instrumental Music Group, Ballad Group, Recitation/Scéalaíocht, Léiriú/Novelty Act, Set Dancing and Table Quiz.  This competition is open to any person from the Laune Rangers area of Killorglin Parish who is OVER 17 years on 1st January 2022.  Even if you are not an active sports member of Laune Rangers you can become a Scór member. More information from Emir Irwin O’Shea on (087) 2300484 or .

Laune Rangers have a number of players looking for accommodation near University of Limerick. If you have a landlords number, or a son/daughter recently attending UL that may have a spare room please contact Eoin Ferris: 087 959 8339