A thirteen point haul by Eoghan Hassett will grab the headlines from this performance, where a superb second half team performance made the result look a little easier achieved than it was in reality.

With Tom Whittleton missing due to exam commitments and last week’s goal scorer Tom Garry out with an injury, Rangers called upon Joseph Cronin Langham and David Crowley to start in their place.

Rangers led by four points after six minutes, with Eoghan Hassett (3, 2 frees) and David Crowley scoring.  However, Fossa successfully converted a penalty to get back into the game and, after Eoghan Hassett and Darragh O’Grady pointed Rangers three clear, Fossa levelled the game with their second goal from their second attack.  A pointed free by Eoghan Hassett put Rangers ahead by 0-7 to 2-0 at the first water break.

Fossa scored four times in the second quarter – one a particularly eye catching 45 – while Rangers pointed three times through Hassett (2 frees) to see the sides go in level at the break.

Rangers almost netted straight from the restart as Ryan Diggin – who excelled in centre back but was moved to midfield at the break – made a great run forward only for his shot to squeeze just wide.  The third quarter – in fact the second half – was one way traffic as Rangers came out of the break fired up.  John Burke, David Crowley, & Eoghan Hassett pointed before Jack O’Sullivan struck for a Rangers goal.  Hassett pointed another free in the 39th minute, as he was fouled by the last man when through on goal – the defender escaping with a black card and a ten minute sin bin.  Fossa did see a player receive a second yellow and his marching orders to leave Rangers with a temporary 2 man advantage.  Darragh O’Grady and Hassett added points to leave Rangers leading by 1-16 to 2-4 at the second water break.

Fossa managed two points in the final quarter, but they book-ended five for Rangers through John Burke (2), Hassett & substitute Jack Lynch (2), while Eoghan Hassett slotted the final point of the game to bring his total to 0-13.  John Burke received a second yellow card just before the final whistle to bring teams back to 14 a side for the final minute.

Many of Laune Rangers scores came from turnovers on the night, stemming from great work throughout the backline.  Every one of the back six – and indeed the subs that came in – made some great blocks, while Ryan Diggin was outstanding in both roles he carried out tonight at centre back and midfield.  Eoghan Hassett was in fantastic form, hitting double figures yet on the score board yet again.  However, the stand out performance on the night was that of the captain for the evening Aona O’Shea.  He has settled into a new role at midfield, while his natural defensive instincts came in useful as he covered his backline well to allow the attackers go forward so often. 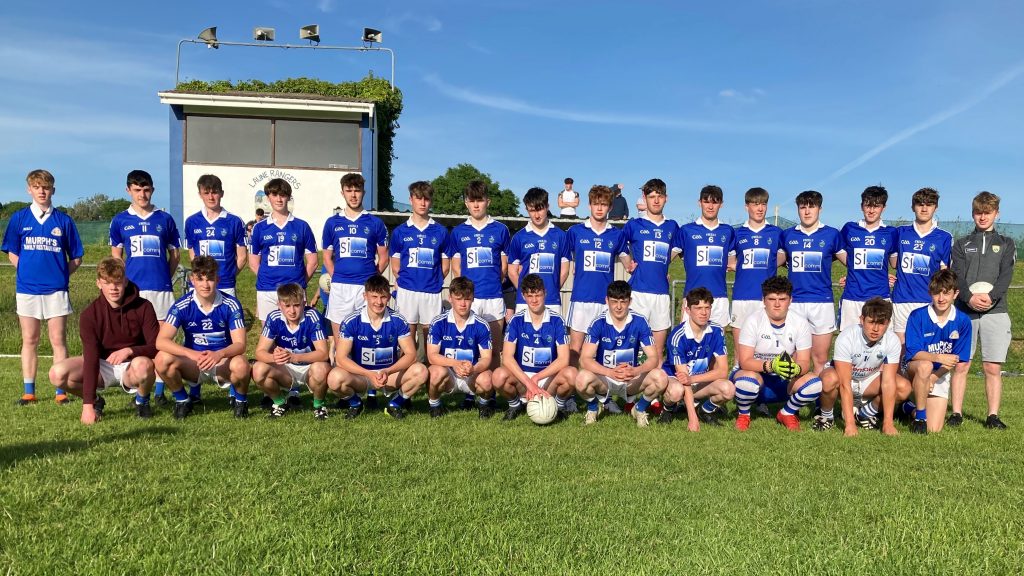