Laune Rangers Under 15 Boys Blue Team got the better of Listowel Emmets on Wednesday evening with a strong second half showing in Frank Sheehy Park, Listowel.

Emmets took an early lead with a goal inside the first 90 seconds, but Rangers responded well, as Darragh Clifford slotted his team’s first point of the evening.  Listowel scored a well taken point of their own before Rangers kicked into gear.  Stephen Gannon levelled the game with a great goal before Darragh Clifford pointed a free to give the visitors the lead by the minimum at the first water break.

The second quarter saw Laune Rangers extend their lead, as Ryan Carey, Stephen Gannon (free) & Darragh Clifford added points before Rangers hit the net for a second time through Logan Foley, while Darragh Clifford landed another point before the break.

Emmets began the second half brightly, scoring two points.  However, Rangers stopped the home side’s momentum with a third goal, as Conor Buckley gave an excellent pass to Darragh Clifford who smashed the ball to the net.  Emmets pointed again before Rangers scored a fourth goal – Ryan Carey with an excellent piece of control to widen his shooting angle before finishing to the net.

Listowel Emmets rallied again, scoring three successive pointed frees to effectively nullify the most recent goal, as Rangers took a 4-6 to 1-7 lead into the second half water break.

Emmets pointed once more, but Rangers hit for another goal through Stephen Gannon who followed it up with a point a minute later.  The hosts pointed again before Conor Buckley cancelled it out with a well taken score.  Eoin O’Connell hit the net for another Rangers goal and it was followed up by a Seánie Diggin point.  To Emmets’ credit, they never gave up, and scored a final point before Gannon pointed & Seánie Diggin netted a final goal at the other end.

The scoreline somewhat flatters Laune Rangers as they were made fight for every ball on the night, and pulled away in the final quarter as the subs that were introduced were hungry to make an impact. 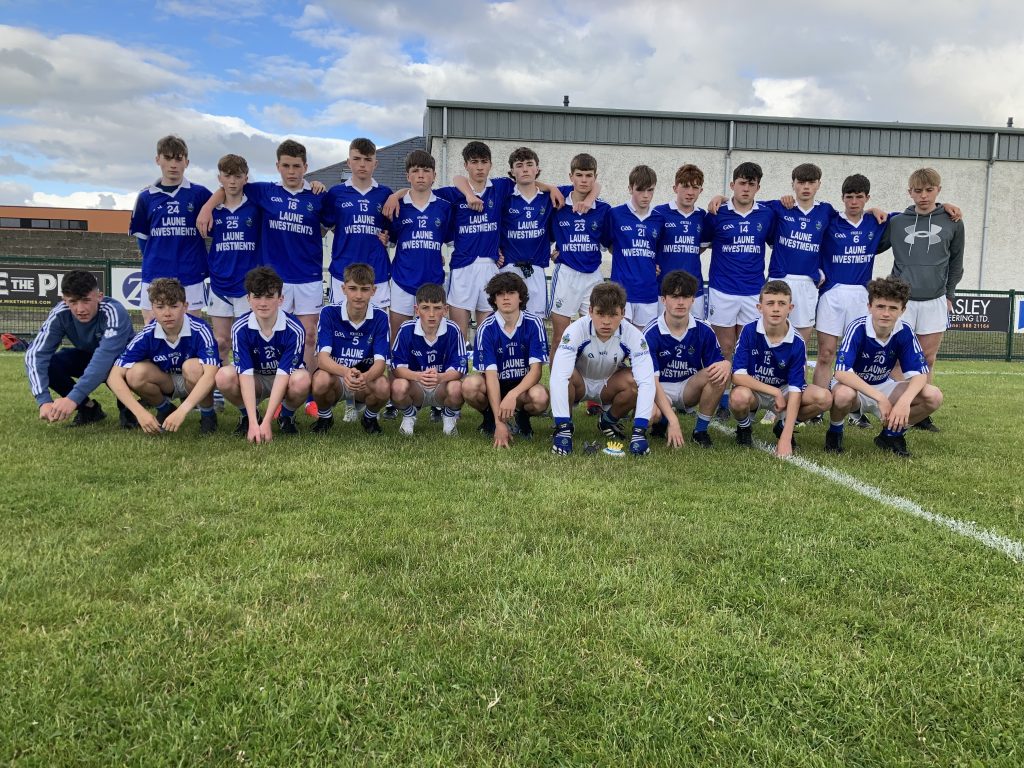