Rangers led by 0-3 to 0-1 at the first water break, with Rian O’Sullivan and Adam Owens (2 frees) scoring for the home side.  However, Skellig/Valentia controlled the second quarter scoring five points to Rangers two (both from Cillian Buckley), and a goal for the visitors at the end of the half gave Skellig/Valentia a strong lead at the break.

Skellig/Valentia pointed three in succession at the start of the second half to extend their lead to seven, before Adam Owens scored a point at the other end.  The visitors pointed again but Cillian Buckley got one back to leave Laune Rangers trailing by 1-10 to 0-7 at the second half water break.

David Crowley and Tim Mangan got on the scoreboard for Rangers in the final quarter – the latter in particular just reward for a great shift put in at full back.  The visitors scored three further points before hitting the net for a second goal in the last minute.  Skellig/Valentia may have worried the left side of the scoreboard more, but for the heroics in goal of young goalkeeper Patryk Radny – the only U15 player starting on either Laune Rangers Minor team.

Having won against the only other second team at Minor level in the County – Dr Crokes – last week, it was a steep learning curve for the White team to face an ‘A’ team for the first time.  All in all, it was a promising performance, where two further players made their seasonal reappearace bringing to 30 the number of players in the Minor grade to start a game so far this season. 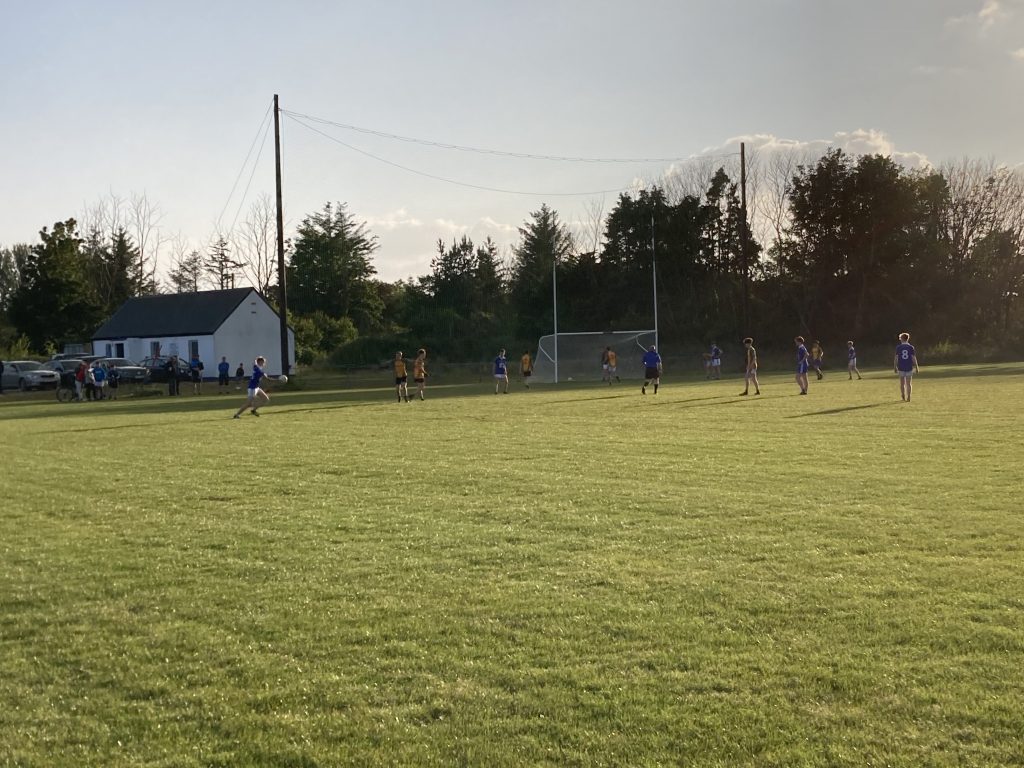