A quick paced thrilling game, neither team were going to be beaten easily and all fought hard to the final whistle.   Liam O’Shea set the pace of the game with a lovely goal in the opening minutes. Firies answered back with 4 fast points, one from a free.  What could have been a goal for Firies was blocked down by Laune Rangers goalie Fionnan Quigg, but firies answered back with a point.  Dara O’Sullivan buried the ball in the back of the net once again but Firies weren’t to be quietened and came back with a point and a goal in quick succession.  The first few minutes of the 2nd quarter saw Laune Rangers score a point and Donnacha Prendiville once again put the ball in the back of the net.  Unfortunately for Firies a poor kick out from their goalie saw the ball fall into the hands of Mikey Hynes who was quick to put it past the keeper with another goal for Rangers.  With no time to waste Firies battled on and took the ball up to their half and scored a point and a goal in quick succession, but our young men from Laune Rangers were not going to be deterred and once again Liam O’Shea blasted the ball to the back of the net.  Firies next attempt of a goal was saved by Laune Rangers goalie and with relief the half time whistle was blown.  Half Time Score:- Laune Rangers 5-5, Firies 2-9.  The 2nd half proved to be just as fast and thrilling with neither side willing to show any signs of wavering.  Firies still had to reach their quota of goals and they were not going to leave without doing so and the battle continued throughout. The last few minutes of the game was electric with each team battling hard to get out on top.  One of Firies last attempts of a goal saw all the Laune Rangers backs throw themselves at the mercy of the ball and once again there were sighs of relief all around.  Great display of determination from both sides.  Final Score:- Laune Rangers 5-13  Firies 5-13 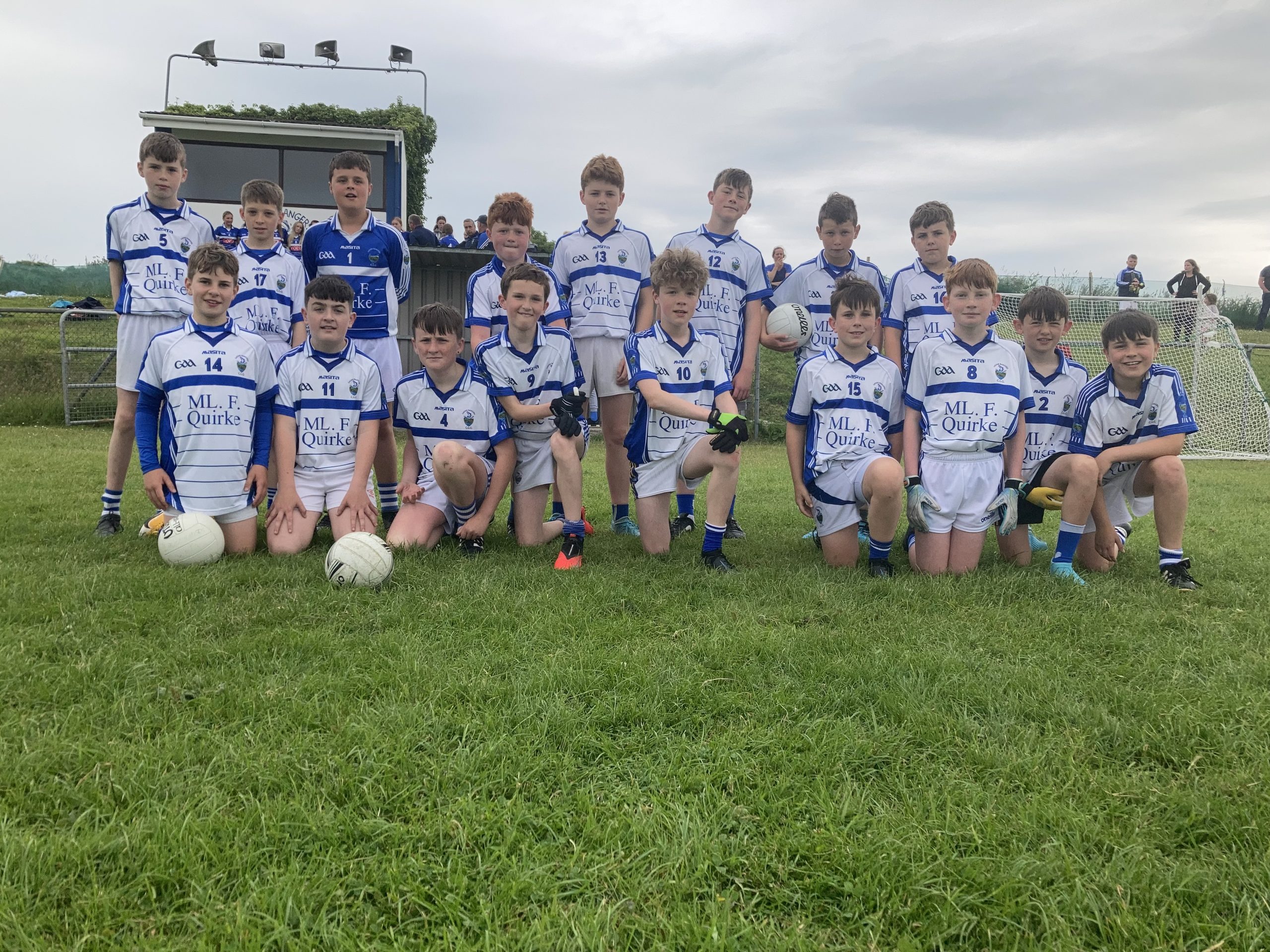