Laune Rangers hosted Firies in an entertaining and eventful encounter at JP O’Sullivan Park on a cloudy but warm summer Sunday evening.  The game started at a blistering pace with plenty of action end to end with skill levels high for both sides.  Jamie Flynn opened the tally for Laune Rangers followed by an excellent intercept and low pass by Daniel Kelly to Callum Roberston, Jamie Flynn ending in a Colm Evans goal.  Firies persistent attack was matched by an equally strong defence, with some outstanding catching from Pat Costello and Adam Radny.  After the water break, black cards entered the game and Laune Rangers were down to 13 men, allowing Firies more space, but Laune Rangers still maintained a two-point lead by the mid-way point. The second half showed some great skills by Laune Rangers, with some nice one-twos between Conor Sheehan and Colm Evans, constant effort from Ciaran Birmingham, bursting out by Conor Murphy, and nice scoring from Tomas Joy.  Callum Robinson shot some gutsy long-range point efforts but unfortunately off the mark. Liam O’Connell was solid in mid field, as was Hugh O’Sullivan who gave a spirited performance on the wing. The sides were close after the second water break, but Firies grew in confidence with two goals in succession despite some heroic defence throughout the period.  Laune Rangers solid defence was generally assisted by their own half-forward line, leading to fewer scoring opportunities for the Rangers.  With what was surely the last kick of the match, Jamie Flynn gamely attacked the net searching for a winning goal but this was matched by top drawer save from the Firies goalie to win the game for the visitors.  In the end, Firies were deserving winners, but only by a whisker.  Final score Firies 3-9, Laune Rangers 3-7. 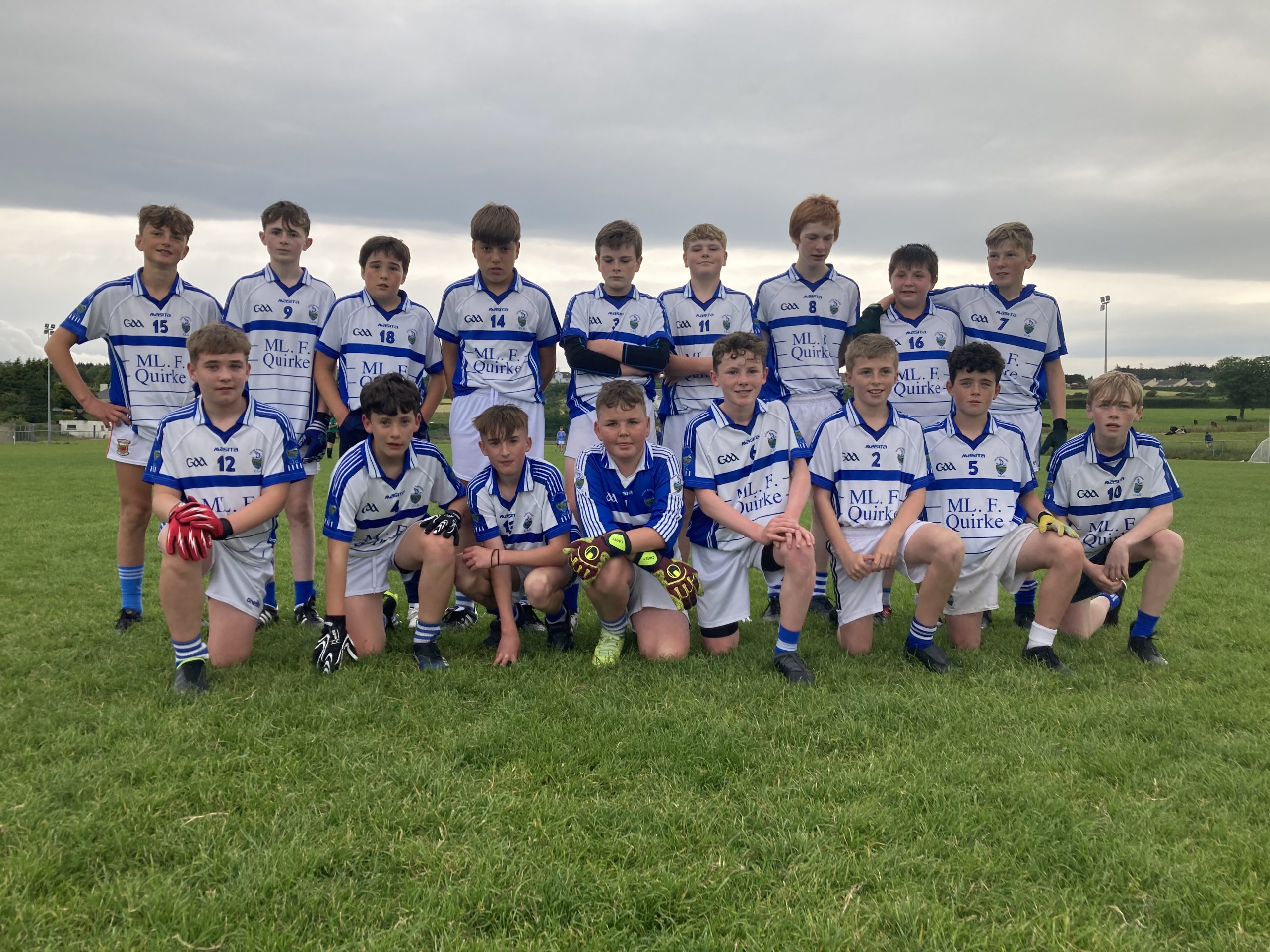