Laune Rangers Under 15 Boys got their season off to a great start, with a comprehensive away win against Ardfert on Wednesday evening.

Laune Rangers had the benefit of a strong breeze in the opening period, and the made full use of it.  Two early points (1 free) from Niall Tadhg O’Brien put Rangers ahead and, after Ardfert had pulled one back from a free at the other end, O’Brien scored another well taken point before Seánie Diggin scored Rangers first goal of the evening – the breeze causing havoc to the ball in the air & the Ardfert ‘keeper could only watch as it dropped under the crossbar into the side netting.  He soon made up for it as he pulled off the first of many great saves to deny Rangers’ second goal.  Ranger continued to press home the wind advantage, with points coming in quick succession from Stephen Gannon (2), Darragh Clifford (3) and Ryan Carey as the home side struggled to clear their half from the kickout.  At the first half water break, Rangers led by 1-9 to 0-1.

The 2nd quarter was much tighter, with no further score coming until the 25th minute.  However, Aaron Doyle, Niall O’Brien, Ryan Carey & Darragh Clifford all added points before Clifford hit the net for a second goal just before the break.

With the breeze aiding Rangers’ sharpshooters in the first half, there was a lingering worry that the home side could come out in the second half and do the same.  However, the breeze had begun to die down late in the first half and did not have such an impact after the restart.  This didn’t stop Ardfert from trying though, and they came flying out of the traps at the start of the second half, scoring an unanswered 1-4 including one particular eye-catching point from outside the 45’.  Laune Rangers regained their composure though, and struck for a 3rd goal in the 41st minute through Stevie Gannon, which appeared to deflate the Ardfert players who had done so well to cut the deficit.  Eoin O’Connell and Gannon (free) added points before Rangers hit the net for a 4th goal through Conor Buckley just before the 2nd half water break to leave the visitors ahead by 4-15 to 1-5.

The final quarter was one way traffic that extended the Rangers lead.  Further goals from Adam O’Neill, Niall O’Brien & a brace from Conor Buckley (completing a hat-trick), as well as two Stevie Gannon points (1 free) added gloss to the score line.

The scoreboard did no justice to an Ardfert side who gave plenty trouble to Rangers, especially the middle third of the game (10 mins each side of half time) where they matched Rangers both on the field and on the scoreboard.  However, it was the strong start that effectively won this game, and the ruthlessness of the substitutes – who scored 4 goals between them – that made this game appear so one-sided.  The attacking prowess of centre forward Stevie Gannon as well as the defensive play by all of the backs – Shane Clifford and Aaron Doyle in particular – were the highlights of the game. 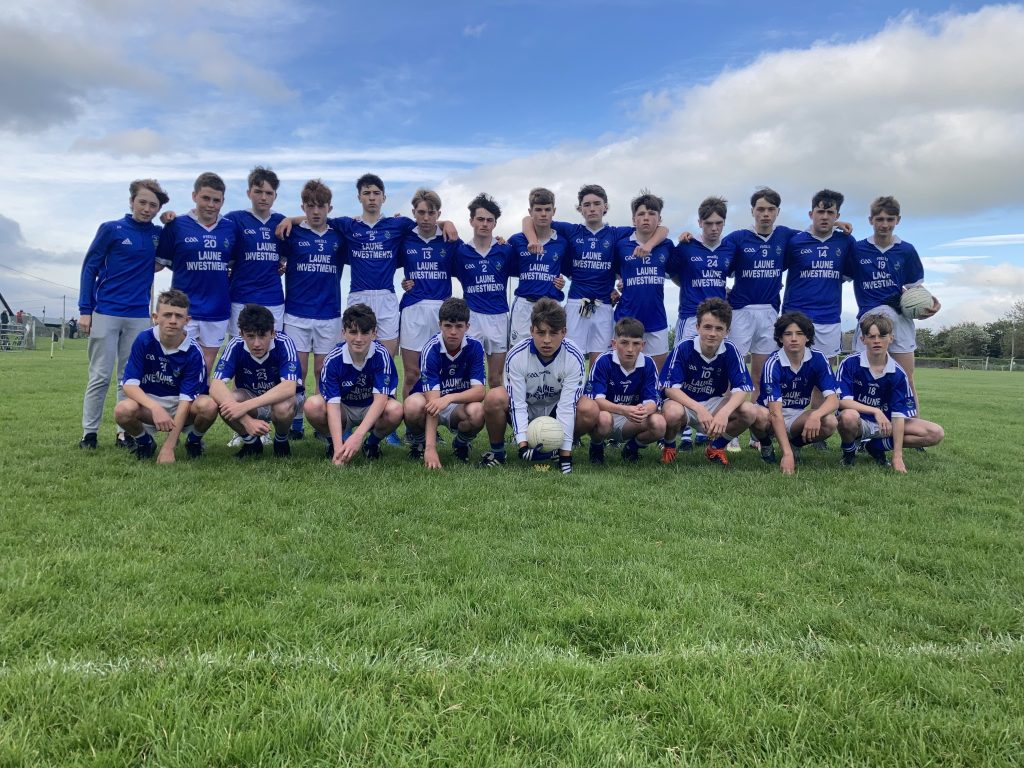