Laune Rangers Under 15 White team made a winning start to their County League Division 9B campaign, as they hosted Kilcummin in JP O’Sullivan Park

Rangers got off to a great start, scoring two goals inside the opening 90 seconds through Logan Foley & Adam O’Neill, before O’Neill added a point shortly after.  Logan Foley pointed before a third goal came for the hosts, as Patrick O’Donnell applied a super finish from a tight angle.  Kilcummin got their first score in the 10th minute from a pointed free, but Patrick O’Donnell and Cormac Moriarty pointed at the other end to leave the home side in a commanding lead at the water break.

The second quarter was much tighter.  Rian Hogan & Logan Foley added point for Rangers but Kilcummin responded with a goal and a point, while Rian Hogan knocked over the last point before the break.

Brian Foley & Patryk Radny points were nullified by a brace by Kilcummin before the water break, but Rangers controlled the final quarter.  Substitutes Aaron Doyle, Patryk Radny & Ryan Carey (1-3) all scored, while final points by Logan Foley & Oran O’Sullivan were sandwiched between two for the visitors as before the final whistle.

The win coincides with a great win for the Blue team on Wednesday night, as 29 players in the Under 15 age grade started a game this week. 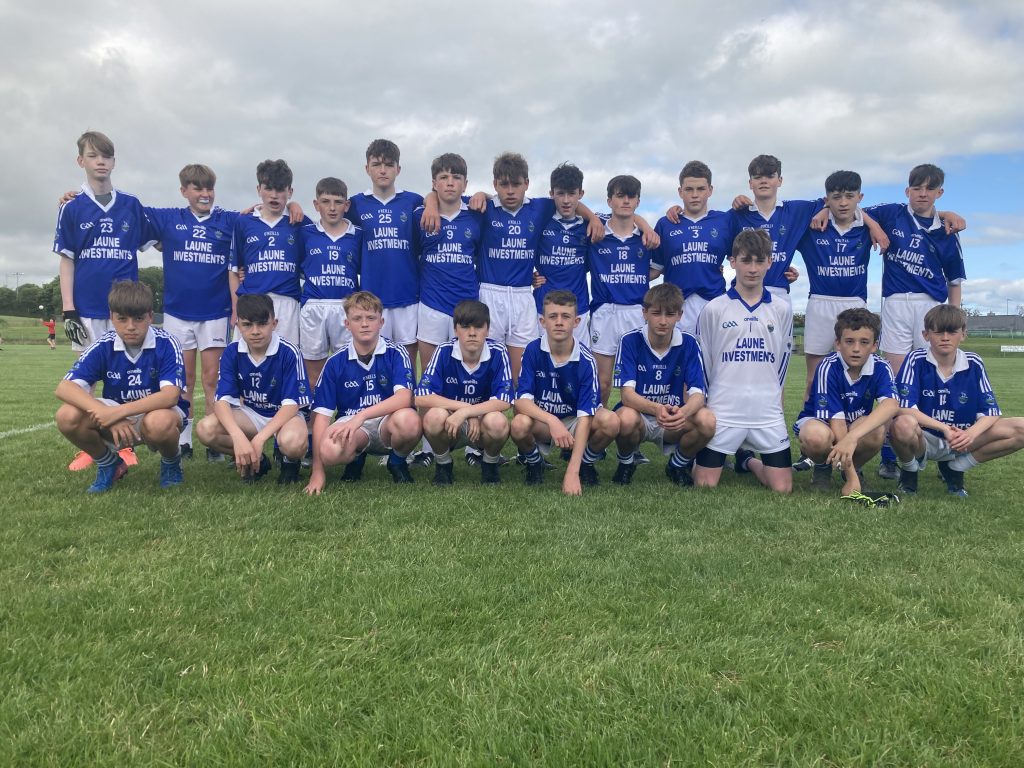