41 weeks since their last game, Laune Rangers Senior Ladies made their long awaited return to play with a Round 1 victory in the Donal Curtin Cup against John Mitchels, which was played in Tralee on Monday evening.

It was a game that Rangers led from start to finish with a great team performance where individual battles were won by the player in blue from back to front.

Alanna O’Sullivan marked her own return to play since becoming a mother by scoring the first point of the game, and Rangers pressed on by adding points from Fodhla Houlihan (2) and Nicole Moriarty as well as a goal by Houlihan to take a 1-5 to 0-0 score lead into the first water break.

Another Fodhla Houlihan point was followed by one by Kayleigh McGlashan, as the middle diamond of McGlashan, Rachael Evans, Meadhbh Johnston & Meadhbh O’Sullivan were dominating the battle ground.  Fodhla Houlihan continued to punish up front as she hit the net for a second time while Rachael Evans got her name on the score sheet before the break.

Mitchels got on the scoreboard with their first attack of the second half as they struck for a goal.  Fodhla Houlihan & substitute Siofra Foley scored excellent points for Rangers before John Mitchels hit the net twice in quick succession to give themselves a chance.  However, Fodhla Houlihan completed her hat-trick with a superb individual goal to quinch the home side’s momentum.  A fourth goal by Meadhbh Johnston with a super finish cancelled out the earlier brace by the home side.  Johnston added a point before Fodhla Houlihan netted again – her fourth – to see Laune Rangers lead by 5-11 to 3-0 at the second water break.

The defence were unforgiving in the final quarter, with the full back line cutting out any attack that game at them.  Fodhla Houlihan added a point before substitute Niamh Doyle slotted a free after she was fouled herself.  Meadhbh Johnston, Rachael Evans & Fodhla Houlihan added points before the home side slotted a free, while a Meadhbh Johnston point was cancelled out at the other end by Mitchels.  Rachael Evans scored Rangers’ sixth goal from long range before the final whistle as Rangers finished with all but one of their 23 scores coming from play. 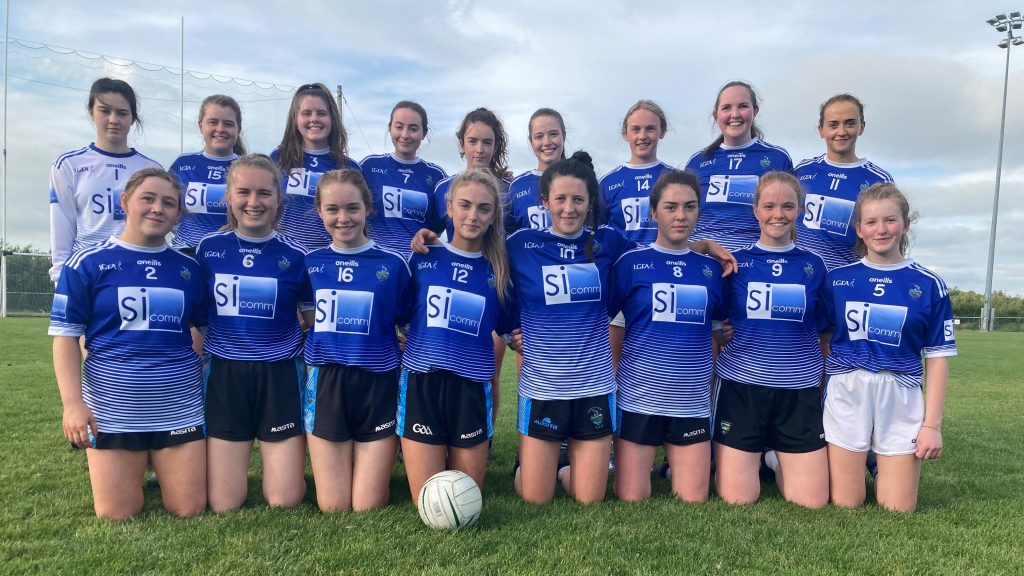