Laune Rangers Under 16 Girls continued their fine start to the season on Tuesday evening, as they made the trip north to Listowel, defeating Emmets after a strong opening half display.  The glorious sunshine that covered Killorglin didn’t travel as far as Sheehy Park though, as the game was played on a chilly and overcast evening.

Rangers were by no means cold though, beginning the game at a blistering pace.  Erin Murphy, captain Sophia Doherty and Aoife Cleary kicked early points, before Erin Murphy finished a great run by adding another.  Rangers put their stamp on the game before the Sos Uisce, as first Sarah Kennedy and then Sophia Doherty found the net for the visitors to leave Laune Rangers ahead by 2-5 to 0-2 at the first water break.

The 2nd Quarter was pretty much the same with Laune Rangers girls cruising up and down the field looking very comfortable and confident on the ball, kicking some lovely scores that were unanswered by Listowel Emmets.

Laune Rangers continued to dominate after the break, but the home side had tightened up considerably, putting in an improved performance.  Aoife Cleary saw a free kick saved by the goalkeeper, only for Áine Nash Freeman to pounce for a third Rangers goal.  Laune Rangers kept the pressure on throughout the game as the team – supported by a number of U14s – played some excellent football and worked beautifully together as a team.

Persistant fouling caused by relentless attack saw a few more points from Aoife Cleary and in the final quarter, while Sophia Doherty burst through again to score another goal.  The crossbar denied Sophia another goal as the sound of her bullet of a shot rattling the metal rang out around the ground.  Aoife Cleary cruised through in the closing stages and slotted a final point to complete an impressive win, where all players contributed significantly. 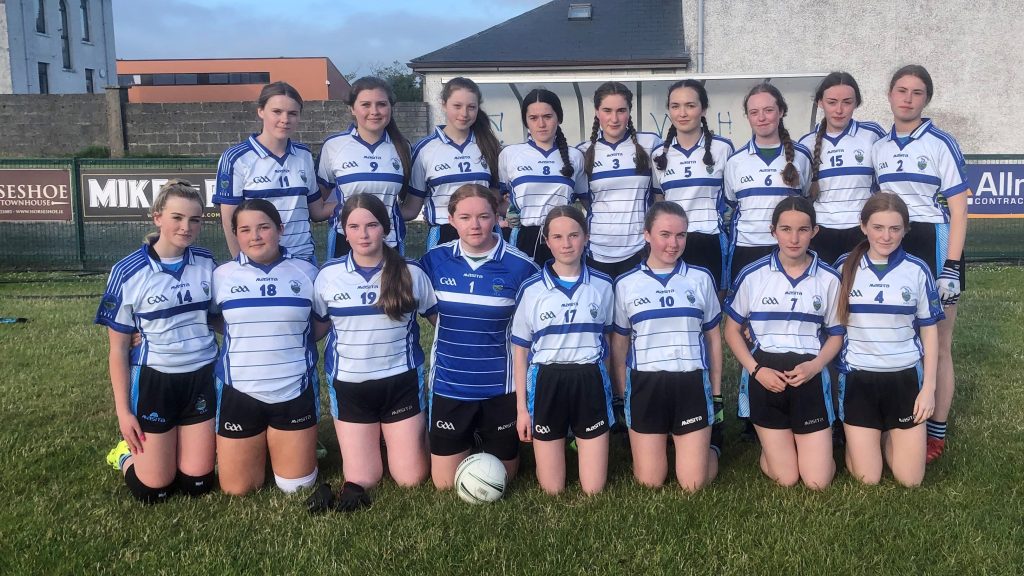