Laune Rangers Under 15 Blue side hosted Killarney Legion in glorious sunshine at JP O’Sullivan Park on Wednesday evening, and the home side came out on top after a fantastic game.

Rangers took the lead with the first play of the game as Darragh Clifford pointed after Rangers had won the throw in.  Legion levelled a minute later, although they may have taken the lead, as the shot at goal flashed over the crossbar.  A Logan Foley point was cancelled out by a pointed free at the other end, before Foley and Niall O’Brien added points for Rangers.  Two Legion points (1 free) levelled matters before Aaron Doyle put Rangers ahead again by pointing to finish a great move.  Legion were then denied a goal by an outstanding save from Patryk Radny to leave Rangers ahead by 0-5 to 0-4 at the first water break.

Darragh Clifford opened the second half scoring with another well taken point, before Legion scored three on the bounce (2 frees).  Darragh Clifford and Logan Foley replied with points to see Rangers leading 0-14 to 0-8 at the second water break.

Legion added another pointed free, but it was soon nullified by a well taken Conor Buckley point.  Darragh Clifford added another for Rangers, before Legion were awarded an injury time penalty as Shane Clifford – while on his knees having slipped – saw the ball hit him on the thigh and the whistle was blown for a leg block.  Legion made no mistake with the penalty to make for a nervy ending.  However, Rangers held on to win, securing their place in the County Division 1 Semi Finals with one league game remaining. 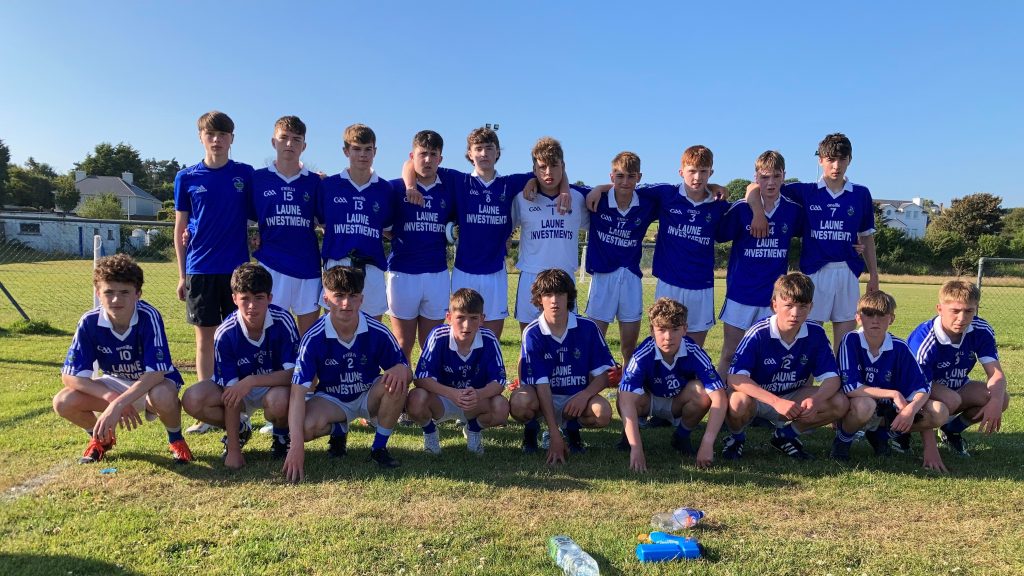