Laune Rangers’ wait for a first win in the County League Division 5A goes on as they came home defeated from Ballyduff on Sunday afternoon, although the depleted team showed plenty of heart, with ten players under 23 on the starting team (five teenagers).  Ballyduff, for their part, were without their cohort of Kerry hurlers, although they had 2019 Kerry Minor footballer Kevin Goulding at their disposal and he was at the heart of their attack on the day.

Ballyduff had all the play in the early stages, and had 1-2 on the board before Rangers got their first point through Matt Leslie.  A Ballyduff point was cancelled out by Leslie with another well taken score to see the hosts leading by 1-3 to 0-2 at the first water break.

Ballyduff continued to press forward and scored three consecutive points, although Rangers had numerous chances at the other end but the final pass or the bounce of the ball went against them each time.  They were given a lifeline at the end of the half, as Cian O’Shea was hauled down inside the square, and Ronan O’Shea dispatched the penalty to see Rangers trailing by four at the break.

Eamonn Carey and Matt Leslie scored well taken points to halve the gap between the sides shortly after the restart, although Goulding continued to keep Ballyduff ticking with another pointed free.  Rangers were very close to being awarded a second penalty, as a great pass found Ronan O’Shea on the 13 metre line who was then pole-axed to the ground just outside the large parallelogram.  Matt Leslie tapped over the free to leave Ballyduff leading Rangers by 1-7 to 1-5 at the second water break.

Matt Leslie scored a fantastic point from a tight angle to leave the minimum between the sides but Ballyduff had enough in the tank to push for home.  A pointed 45 by the hosts was cancelled out by a Cian O’Shea point, before the home side added three points (one free) in the last 5 minutes to ensure the win. 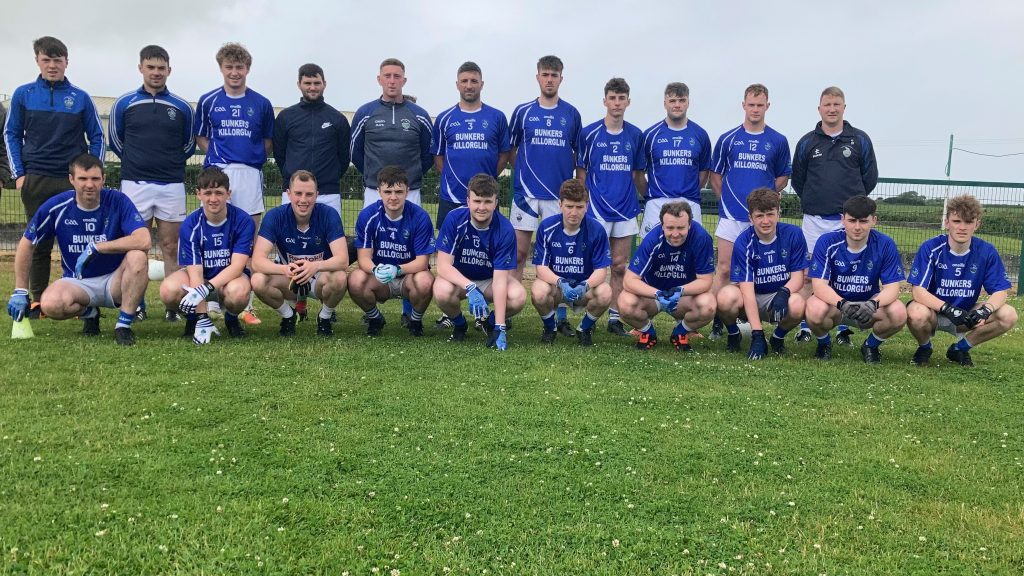