The first defeat of the Under 16 Girls season finally came in Connolly Park on Thursday evening, as the Killorglin girls put up a great effort against Austin Stacks B.

The home side led by four at the first water break, as they followed a pointed free with a goal just before the small Sos.

Laune Rangers kicked into gear in the second quarter and were soon level, as a pointed free by Aoife Cleary was followed by a well taken goal by Áine Nash Freeman.  Sophia Doherty and Sarah Kennedy pointed but a brace for Stacks had them level, and a late goal for the home side saw them take the lead into the break.

With the first play of the second half, Aoife Cleary levelled the game with a goal, and put Rangers ahead with a pointed free.  However, Austin Stacks pulled away again and went two goals clear but Rangers didn’t drop their head, and scored a third goal through Sarah Kennedy following a quick move upfield.  Sophia Doherty, Isabella Doherty & Aoife Cleary pointed to put Rangers back in the game.  Sarah Kennedy was fouled in the square to see Rangers awarded a penalty, with Aoife Cleary making no mistake and rattling the net.

Isabella Doherty & Áine Hassett pointed to see Rangers leading by the minimum entering the closing stages of the game, as Austin Stacks peppered the Laune Rangers goal.  Goalkeeper Deirdre O’Sullivan was last line of defence and kept Stacks out time and again, but the home team’s persistence was rewarded as they eventually broke through to score what was a winning goal.

In all, it was a great effort by what is a young Under 16 team, with a number of U14s in the line up.  With 4 games played, Laune Rangers have two wins and a draw, putting them on a great footing to make the knockout stages. 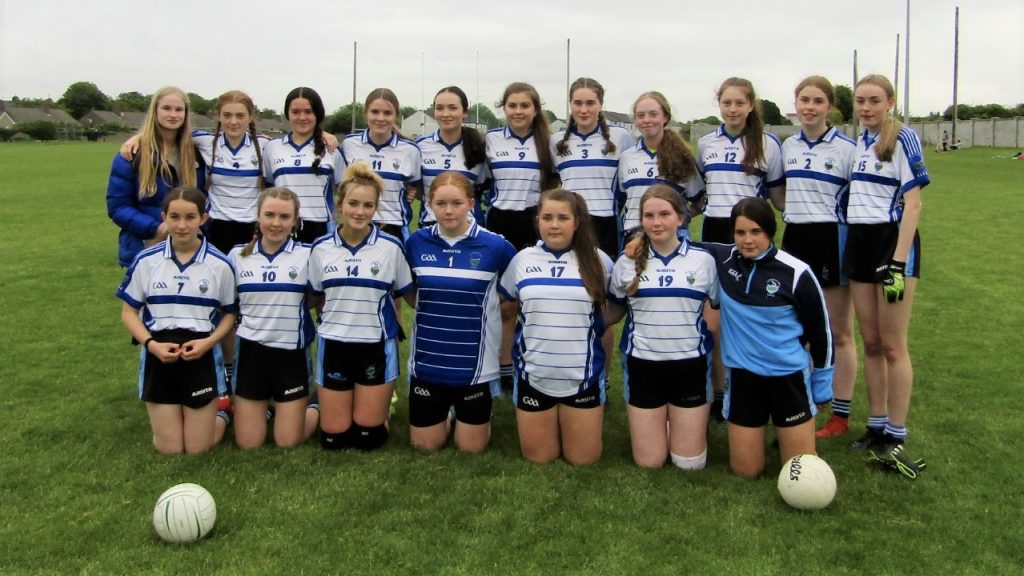