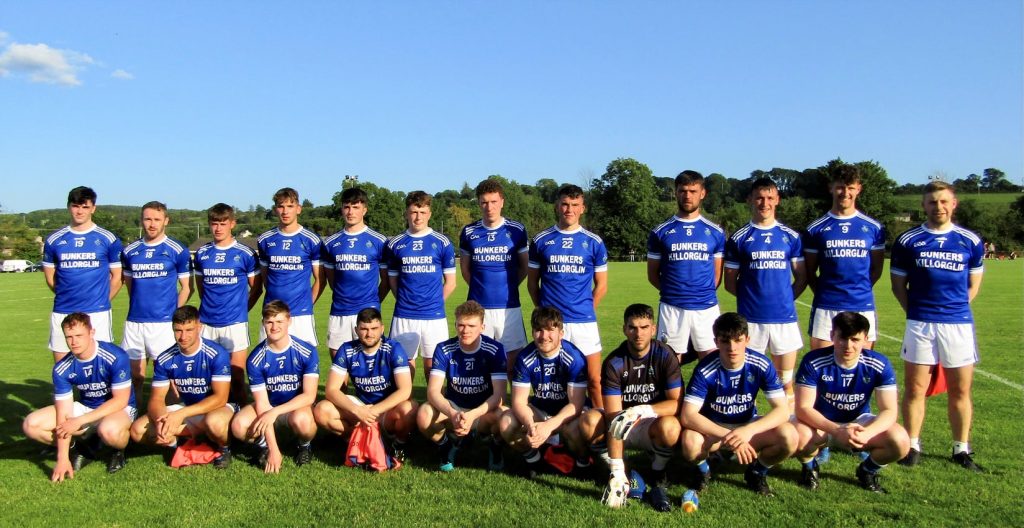 Laune Rangers remain top of Division 3B of the County Senior Football League following a Round 4 away win against Currow.

Rangers were without Fiachra Clifford & Mark O’Connor, who were both unavailable for selection on Saturday evening, but they did welcome back Fiachra’s cousin Eoin Clifford who returns after doing himself and his club so proud in an otherwise bad night for the Kerry U20s who lost to Cork.

Eoin Clifford lined out on the 40’ for Rangers, and opened the scoring with a well taken point that was followed by Matt Leslie, who was making his full Senior debut after a couple of substitute appearances previously.  John Curtin pointed two frees, but these were sandwiched between two points for Rangers through Pa Carey and Eoin Clifford.  Jack O’Connor added another for the visitors before the net was rattled for the first time – Gearóid Hassett beating his marker in by the goalline and passing across the square to John Tyther who knocked it in.  This was Hassett’s third time making this run but early attempts didn’t quite work as Stephen Sealy came particularly close.  As the much needed water break was called, Laune Rangers led by 1-5 to 0-2.

John Tyther slotted a point before Currow rallied, and a pointed free by John Curtin was followed by the home side’s first goal – Mike Hanafin with an excellent finish to the bottom corner.  The wing back and captain added a point to leave just two between the sides.  However, Rangers replied in kind, as Gearóid Hassett was rewarded for all his effort when a Jack O’Connor pass found him at the edge of the square, and no amount of pulling or dragging by the defender would deny him his finish to the net.

The remainder of the half was end to end, as both sets of umpires were kept busy.  Pa Carey scored another excellent long range point before John Curtin scored a free at the other end.  Points by Jack O’Connor & John Tyther (2, 1 free) were then wiped out by a second Currow goal, as Sean Brosnan reacted quickest to a ball that rebounded high off the upright and smashed the ball to the net.  This left the visitors leading by five at the break.

The goal that Currow had scored just before the break was chipped away at by the visitors after the restart – Matt Leslie, Pa Carey and Gearóid Hassett all pointing, with the latter particularly pleasing to the eye.  Hassett added a free to put Rangers nine ahead.  However, this would be his team’s final score.  Pa Carey’s withdrawal to injury was a blow – the wing back having scored three points up to that point – and a third goal for the home side after two earlier points left four between the sides at 2-14 to 3-7 at the second water break.

Rangers were forced to see out the game a man down as Seán Arthurs received his marching orders for responding to an off the ball shot in the back inflicted on Gearóid Hassett.  Once the game restarted, Rangers held on to the ball for long periods to see out the game, and a late pointed free by the home side was all that was to be scored in the final quarter.

This leaves Rangers alone at the top of the Division 3B table with one round of fixtures to play.