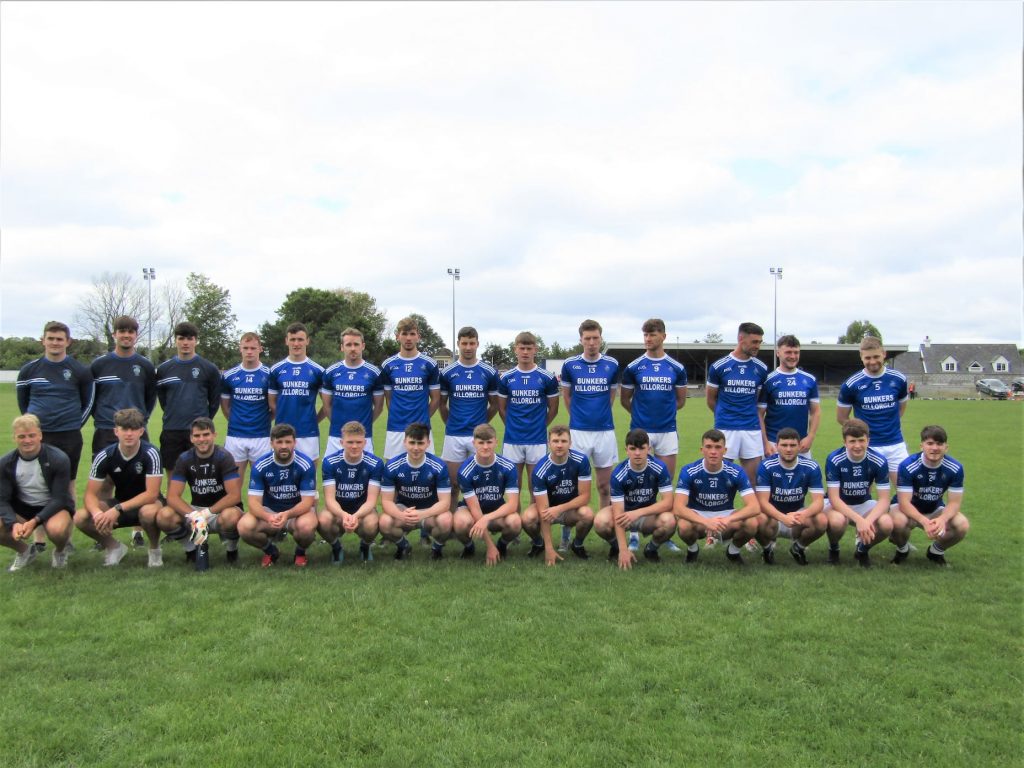 Laune Rangers will ply their trade in Division Two of the County Senior Football Leagues in 2022, as a home victory against Brosna saw them top Group B of Division 3 with a 100% record.

Marquee players were missing for both sides as the visitors had Paul Walsh on the sideline untogged while Fiachra Clifford & the suspended Seán Arthurs joined injured David Mangan outside the whitewash for Rangers.

Laune Rangers opened the scoring after 90 seconds, as Gearóid Hassett was put through on goal with the forward knocking the ball over.  Tom McGoldrick a couple of minutes later, but eleven minutes had passed before a third score came, after Brosna kicked three wides with the wind at their back.  Rangers punished these misses with three consecutive points through Gearóid Hassett, Matt Leslie & John Tyther (free).

Brosna pointed on either side of the water break  through Adam Barry and Eamon Kiely to go just one behind, but Rangers soon hit the net – Dáire Cleary going passed the whole Brosna defence before passing across to Gearóid Hassett who tapped the ball in for a goal.  However, Brosna responded well and scored the next three points through Tom McGoldrick (free), Adam Barry and Dee McAuliffe.  John Tyther (free) and Matt Leslie pointed for Rangers but Brosna levelled as Conor Lane saw his shot saved by Jason Browne, only for the ball to rebound into his hands and the wing forward made it second time lucky.  An Adam Barry point put the visitors in the lead by the minimum at the break.  Half Time Score:- Laune Rangers 1-6, Brosna 1-7.

The lead changed hands twice in the first ten minutes of the second half, as John Tyther and Gearóid Hassett pointed Rangers ahead only for Adam Barry to point twice to wrestle the lead back for Brosna.  However, John Tyther (free), Matt Leslie & substitute Shane Mangan all knocked the ball over the bar to see Rangers leading by two at the second water break, 1-11 to 1-9.

The final quarter started terribly for Rangers as Dáire Cleary was black-carded just seconds after the restart.  Rangers mounted a defensive stand that saw Brosna score just once in this sinbin period, but Peter Crowley also scored at the other end to maintain the two point margin.  As Cleary returned to the fold in the final minutes, Brosna had Killian Fitzmaurice sent to the line with a black card to flip the personnel advantage the other way.  This was enough for Rangers to maintain possession and play out the game to pick up the win required and achieve promotion to Division 2.

Adam Barry was excellent for the away side on the day, scoring five points, with Eamon Kiely providing leadership at the other end.  For Laune Rangers, it was two of the youngest players on the team that stood out – Gearóid Hassett scoring 1-3 and Seán Cleary with a super defensive showing.