Following the last minute postponement of last week’s game vs Annascaul/Castlegregory, Laune Rangers played their second game of the season on Monday evening in Round 3 of the Donal Curtin Cup.  However, it was their hosts Abbeydorney who came out on top to inflict a first defeat of the season on Rangers.

Laune Rangers took an early lead as Fodhla Houlihan & Nicole Moriarty (free) were followed by a goal finished by Laura Leslie after a great team move.  Abbeydorney responded with three points (1 free) but Rangers continued to press forward.  Nicole Moriarty forced a great save by from the Abbeydorney goalkeeper before she and Fodhla Houlihan pointed frees to extend the lead.  Houlihan was called back for an overcarry – a tight call – as she smashed the ball to the net, but soon made up for it by scoring an excellent goal.  Abbeydorney pointed twice (1 free) to see Laune Rangers leading by 2-4 to 0-5 at the first water break, as Meadhbh Johnston, Kayleigh McGlashan & Rachael Evans covered acres of ground between defence and attack.

Nicole Moriarty kicked a point for Rangers before the game’s main taking point came about.  Abbeydorney were awarded a penalty as Aoife Nash Freeman was adjudged to have overcarried the ball in the small square although, while she did take too many steps, her 5th was well outside said small square.  Lucy Cahill did very well to get a hand on the penalty kick but the power of the shot was enough to get it over the line.

This halted the Rangers momentum, and the home side kicked three points in succession to level the game at 2-5 apiece, but Rangers recovered to lead at the break – Fodhla Houlihan (free) and Laura Leslie scoring points before Abbeydorney added one at the other end.

Abbeydorney scored their second goal in the opening minute of the second half to take the lead, and added two points soon after.  Rangers came close to levelling matters again, but the goalkeeper saved from Fodhla Houlihan.  Nicole Moriarty pointed another free before Houlihan came close to scoring a goal again with her shot hitting the crossbar, although she was fouled in the build up so had a tap over free to leave Abbeydorney leading by 2-11 to 2-9 at the second water break.

It wasn’t to be Laune Rangers evening, as all the near misses would come back to catch them.  Rangers didn’t score in the final quarter as they searched for a crucial goal.  The home side scored two late points to extend the lead to four and make sure of the win. 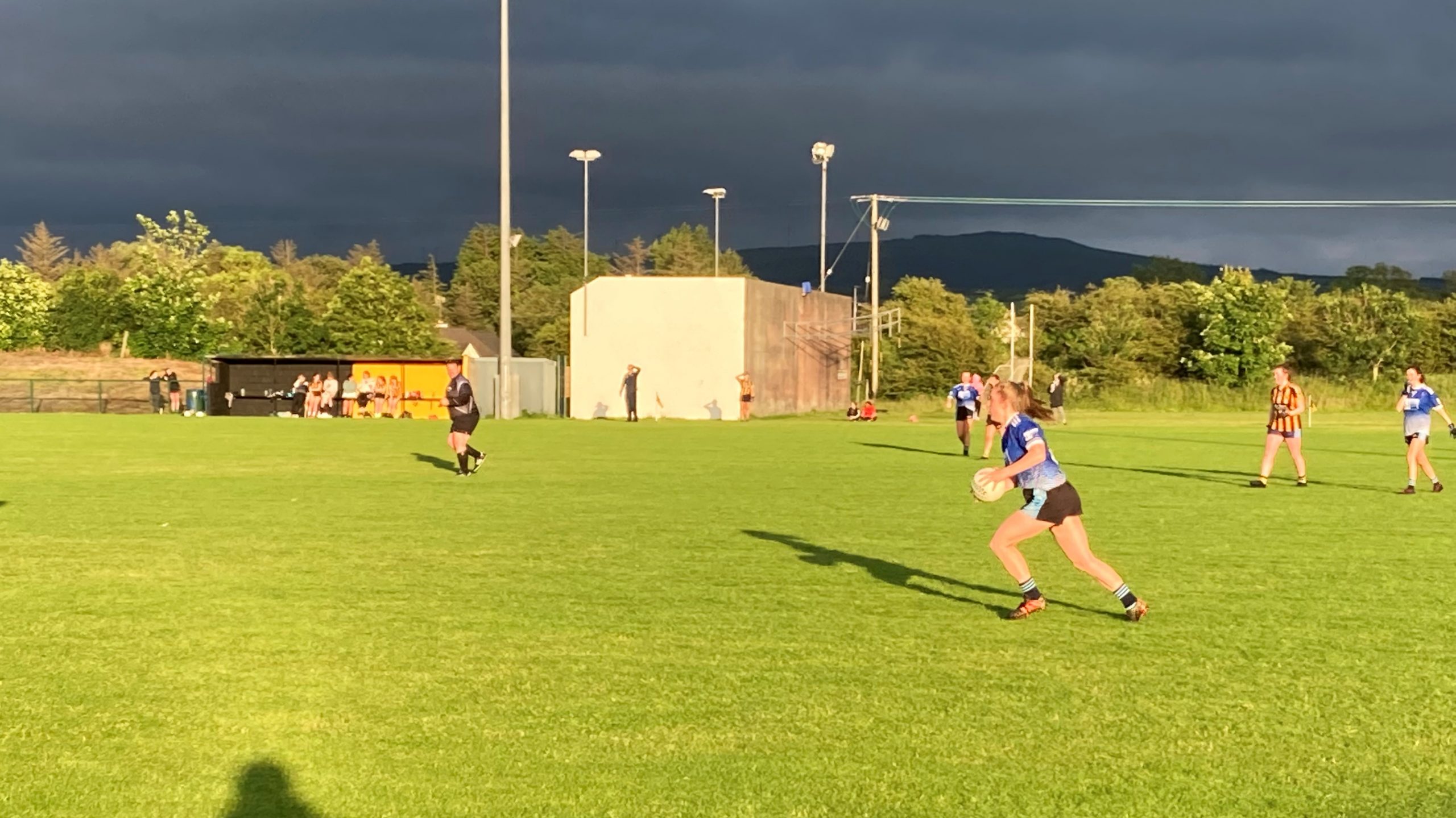