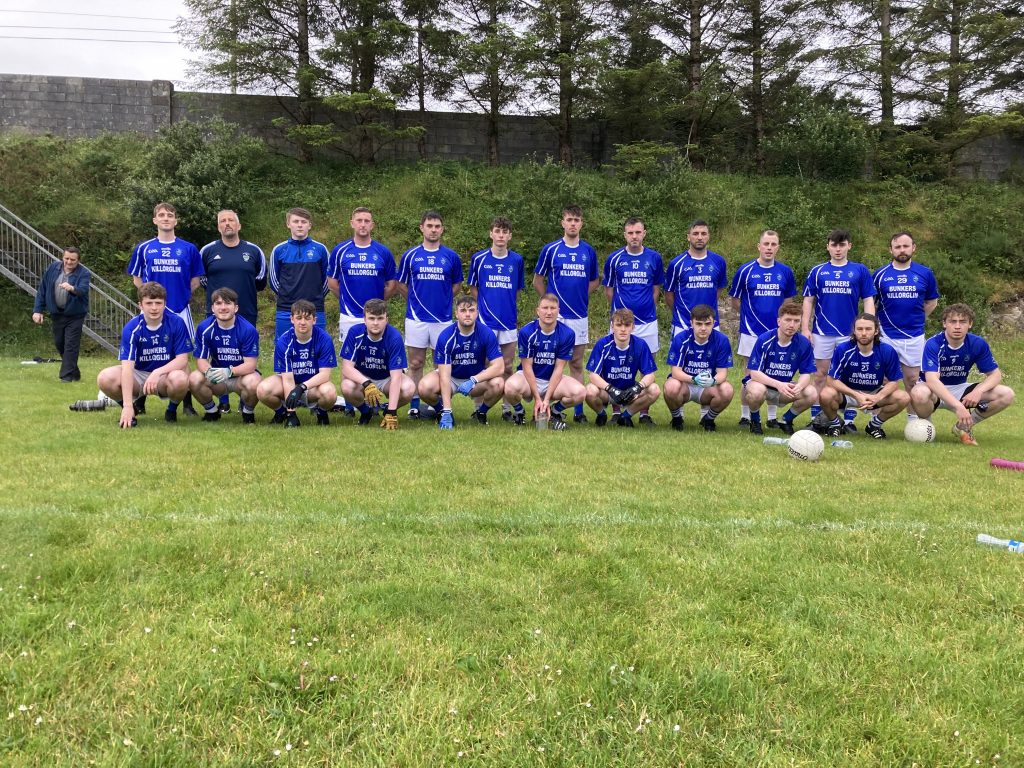 Laune Rangers B Team returned to winning ways in the Mid Kerry Junior League on Tuesday evening, as they got the better of An Ghaeltacht – the West Kerry side taking part in the Mid Kerry competition for 2021 – with the game taking place in Lispole.

An Ghaeltacht started brightly, scoring two points (1 free) in the opening three minutes, before Rangers replied with a point by Mike Frank Russell.  Laune Rangers’ first goal gave them the lead, as Ronan O’Shea squeezed the ball under the goalkeeper following a great pass from Callum Russell through Gavin O’Shea.  Another pointed free was added by West Kerry side before Gavin O’Shea scored three points in succession – the latter a shot at goal that was saved excellently by the goalkeeper to push it over the crossbar.  Laune Rangers led by 1-4 to 0-3 at the first water break.

Rangers took control of the game in the second quarter, as successive points from Eamonn Carey, Gavin O’Shea, Cian O’Shea and Gabriel Griffin saw them double their advantage.  However, a late flurry by An Ghaeltacht saw them close the gap.  Having pointed twice, a dropping ball into the square bounced out of play before the whistle sounded to award the hosts a penalty – confusing both teams – before a quick word with his umpire saw the referee instead award a free from the 21 metre line that was duly slotted over the bar.  There was time for more excitement in the half as a final attack by An Ghaeltacht saw a shot stopped by Tony Lyons before the rebound rattled the bar and was cleared to safety.

Cian O’Shea pointed with the first play of the second half but An Ghaeltacht fought back from there, scoring three points in succession to reduce the deficit to three.  A Gabe Griffin point – after a long solo run – left four between the sides and An Ghaeltacht came close to closing the gap to the minimum, but Tony Lyons saved low to his right corner to deny the hosts.  This proved a vital moment as Laune Rangers were next to score – Gabriel Griffin again cutting through the defence and scoring this time into the bottom corner of the net to leave Laune Rangers leading by 2-10 to 0-9 at the second water break.

Mikey O’Donnell – just introduced as a substitute – pointed another for Laune Rangers, as they looked to close the game out.  However, three consecutive points for An Ghaeltacht left Rangers sweating as the West Kerry side looked for a vital goal to get them back into the game.  That goal would not come, however, and Gabriel Griffin pointed before scoring his second goal to bring his tally to 2-3 and close the game out for Rangers.

There was a distinctly young feel to this Laune Rangers XV with a four U18s on the team, including both midfielders.  In fact taking out the four veterans of Russell, Lyons and the Carey brothers, the average age of the other 11 was just 20.5.

The win leaves Laune Rangers joint top of the table with one round of games to go, as the top two teams will play the Mid Kerry Junior League Final.