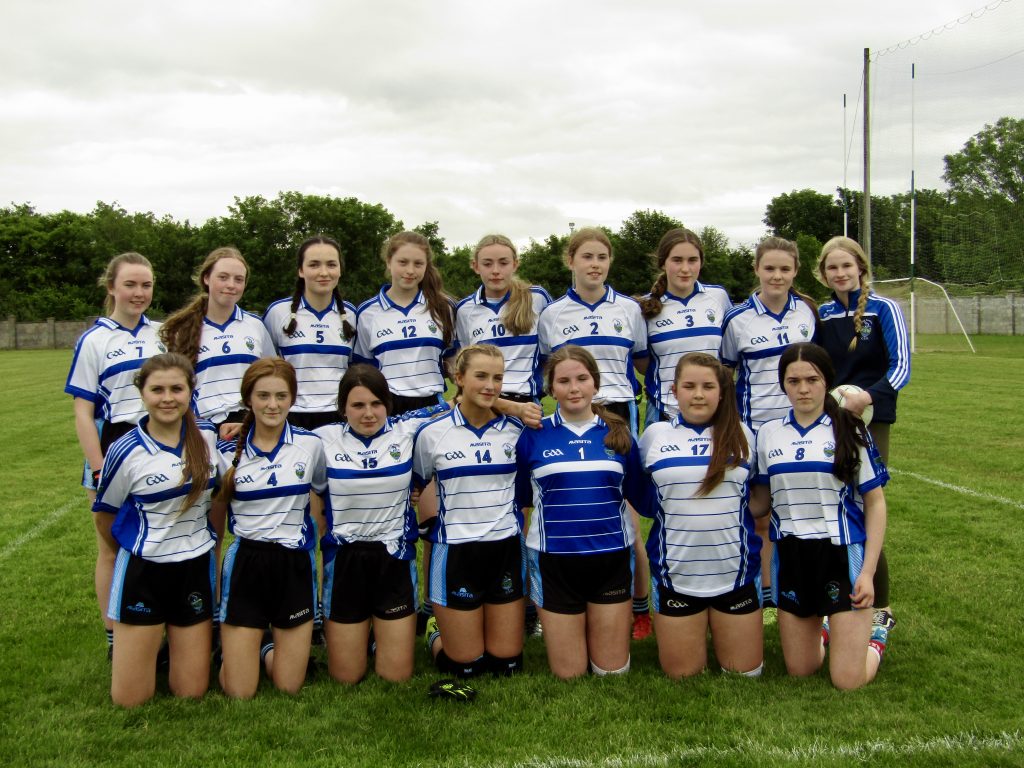 Laune Rangers made the journey to Tralee on Tuesday evening to play Na Gaeil in their fifth and final round game of this year’s league campaign.  Both sides were limited in numbers on the evening and were without a number of their regular starters.

It was Na Gaeil who started the game the brighter with a goal and five points in the opening minutes to lead 1-05 to no score with 11 minutes of the half played. Laune Rangers lost corner forward, Áine Hassett, through injury in the early minutes – both sides played the remainder of the game with 14 players. Rangers registered their opening point in the 13th minute when Aoife Cleary pointed from a free after a foul on Sophia Doherty. Na Gaeil went through for their second goal just before the water break to let the score 2-05 to 0-01 at the mid-way point.

Aoife Cleary was on hand to slot over another free on the resumption when Sophia Doherty was again fouled and awarded a free. In the 27th minute of the half, a great effort from Amy Kelly split the posts after she intercepted a Na Gaeil clearance kick and the score was 2-05 to 0-03 in Na Gaeil’s favour. Na Gaeil scored their final point of the half in the 28th minute before Aoife Cleary (free) and another Amy Kelly effort from the resulting kick-out saw Laune Rangers close Na Gaeil’s lead.

Na Gaeil opened the second half scoring with their third goal of the evening. Laune Rangers replied with a pointed free from Aoife Cleary and a Sarah Kennedy effort in the 8th minute to let the score 3-06 to 0-07 in the home side’s favour.  Na Gaeil added another point in the 13th minute of the half before Sarah Kennedy was brought down in the Na Gaeil box and the referee signalled for a penalty. Aoife Cleary stepped forward and slotted the ball into the Na Gaeil net to let the score 3-07 to 1-07. Laune Rangers continued to surge forward but their lack of a bench caught up with them at this point. Aoife Cleary added two more points; a well taken effort just before the water break and another pointed free on the resumption when Sophia Doherty worked hard to intercept a Na Gaeil kickout before being fouled.

A final Na Gaeil point in the closing minutes was nullified by a final Aoife Cleary free but the home side closed out the game to win.

The girls finish their round games with 2 wins, 2 losses and a draw, enough to see them through to the semi-final stage where they will play Firies. This game will take place in early August.