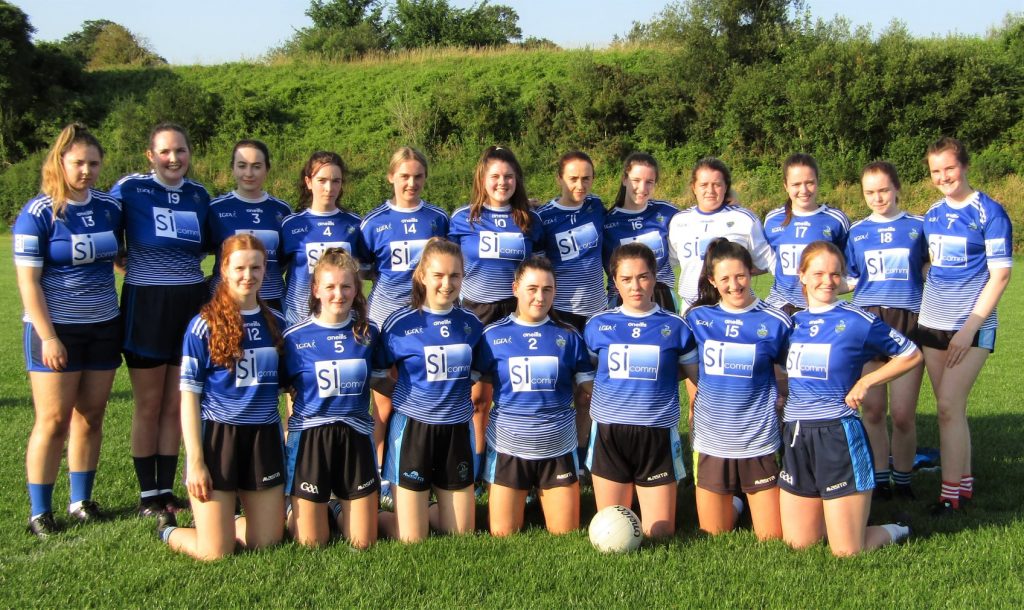 Laune Rangers picked up a hard earned win in Direen on Monday evening, as a late comeback by hosts Killarney Legion wasn’t enough to take the Donal Curtin Cup points from Rangers.

The sides were level at 1-1 a piece after five minutes – a Fodhla Houlihan point in the first passage of play followed by a super goal by Meadhbh Johnston for Rangers.  The visitors led by 2-3 to 1-3 at the first, much needed water break as Fodhla Houlihan & Nicole Moriarty points were followed by a Maggie West goal – the forward smashing it in off the crossbar after the goalkeeper saved from Fodhla Houlihan.

Legion pointed again but Rangers finished the half strongly.  Maggie West & Fodhla Houlihan (3) pointing while Houlihan added a second goal for the away side before the break.

Nicole Moriarty pointed from the first play of the second half before hitting the net to put Rangers ahead by twelve, but the Legion fightback began from there.  Five consecutive points were followed by a goal to see just five between the sides at 4-8 to 2-9 at the second water break, with conditions cooling but remaining humid.

Another Legion goal brought the gap to just two, although Rangers recovered with points from Maggie West (2, 1 free) restored a two score cushion.  Those points proved vital, as a last minute Legion goal made for a nervous final few moments, but Rangers held on to claim the spoils.