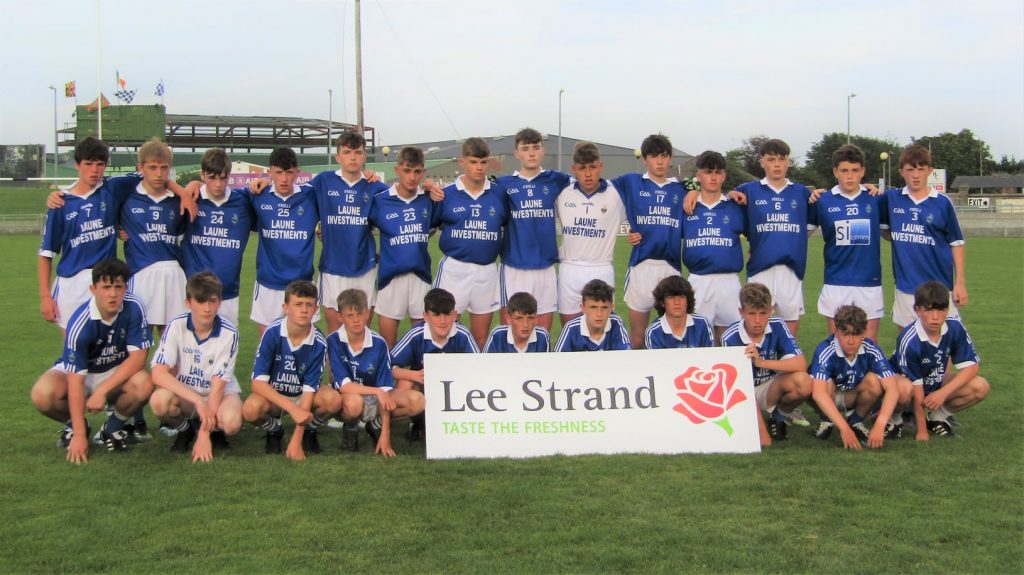 It was a quintessential ‘game of two halves’ on Wednesday evening in the County Under 15 Division 1 Final, as the mountain Laune Rangers left themselves to climb in the second half proved just too high to conquer.

Laune Rangers actually started well and had a goal chance inside the first minute, but Stevie Gannon’s shot trailed just outside the post.  That woke up Austin Stacks and they led by 1-2 to 0-0 after 7 minutes, as Paddy Lane (1-1) and Ronan Carroll put Stacks in the driving seat.  A well taken Darragh Clifford point for Rangers was cancelled out by David Lucid for Stacks as the Tralee side took a four point lead into the water break.

Conor Buckley and Ryan O’Driscoll traded points before Austin Stacks took full control of the tie.  Paddy Lane netted twice to complete a first half hat-trick while Ronan Carroll (2) and Lane slotted points in a dominant second quarter period.  A Stevie Gannon point rounded out the half as Austin Stacks took a thirteen point lead into the break.

Laune Rangers had to do something different to make a go of this game, so it surprised few to see Patryk Radny brought outfield from goals and Harvey Mangan introduced between the sticks.  The move had an immediate positive impact, as a great run from Radny from the throw in saw a foul drawn & Conor Buckley slotting the free.  Also introduced at the interval was Gavan Mangan, who shored up the defence hugely.  Paddy Lane scored a free at the other end while Rangers missed a couple of frees when all chances needed to be seized, but did add points through Conor Buckley, Patryk Radny & Darragh Clifford (free) to see the gap between the sides at 3-8 to 0-7 at the second water break.

Darragh Clifford hit the net for Rangers with a super strike from out wide to reduce the deficit to seven points, although Paddy Lane slotted a free for Stacks after a foul inside the ‘D’ at the other end went unpunished for a two-point swing.  Darragh Clifford pointed as Rangers now had all the momentum, but Ronan Carroll pointed at the other end.  Laune Rangers kept plugging away as Patryk Radny pointed, before Adam O’Neill stuck a second Rangers goal at the start of injury time.

A goal-line clearance for Stacks to deny a third Rangers goal was enough to see Stacks hang on to defeat the Rangers, who put in a huge performance in the second half only to see time run out for them as the pick of the county town came out on top. 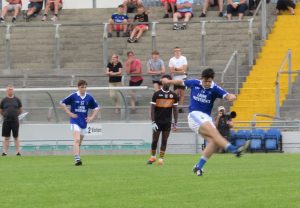 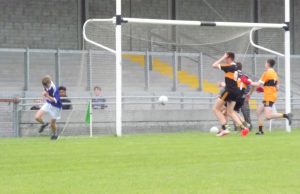 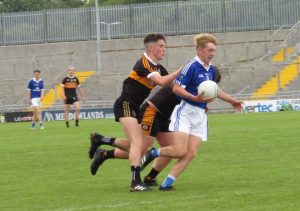