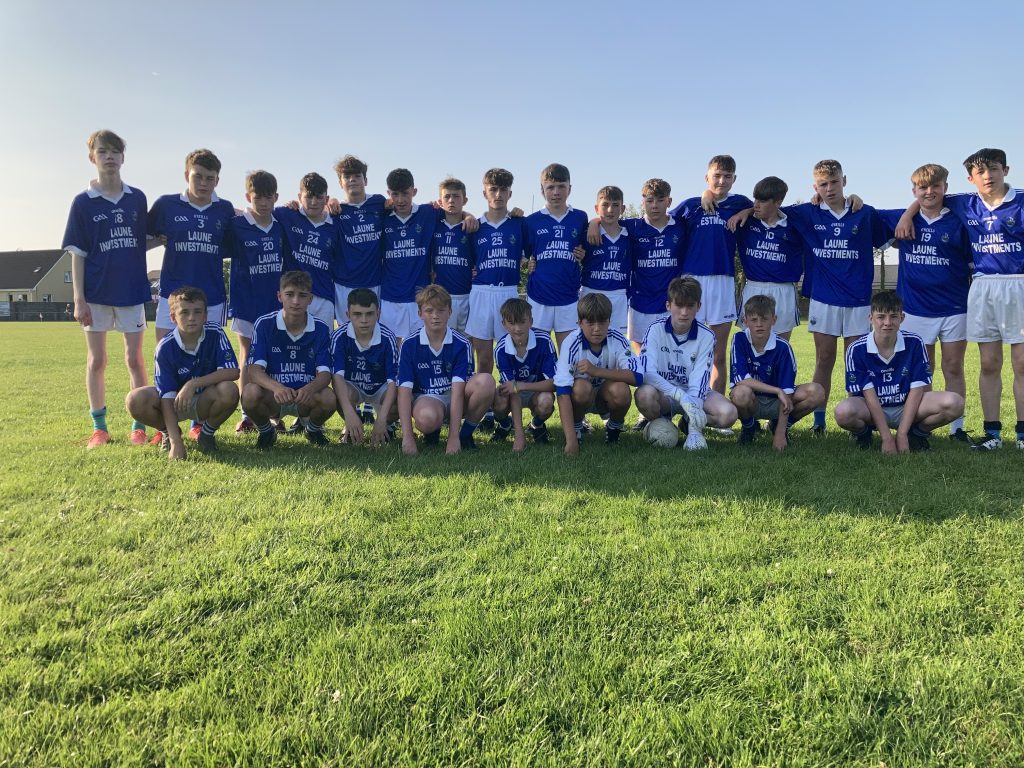 Much like the previous evening, Austin Stacks hadn’t far to travel on Thursday as they faced the Laune Rangers White team in the Division 9 Final in Blennerville

Austin Stacks led by 1-8 to 0-0 at the first water break, as Rangers couldn’t get out of their own half to fashion a score.  This lead may have been greater, but for some great saves by Harvey Mangan in goals for Rangers.

Oran O’Sullivan got his team on the scoreboard with a pointed free in the 21st minute, but Stacks replied with a brace at the other end.  Rangers brought themselves back into the game – Logan Foley scoring two excellent goals – before Stacks scored a second goal of their own just before the break to take the wind from the sails of the Killorglin men.

The third quarter was attritional, as Laune Rangers battled to try to get back into the game.  A pointed free by Logan Foley cancelled out an earlier Stacks point, before the forward was denied his hat-trick goal when he was not alone pulled and dragged in the square but blown for overcarrying, even though the whistle didn’t sound until the ball was already in the net.  Stacks pointed at the other end to lead by 2-12 to 2-2 at the second water break.

Dylan Flynn scored a super third goal for Rangers, as the impact of the decision to disallow the goal a few minutes earlier hit home.  Harvey Mangan made another great save to push a shot over the crossbar, but was beaten twice more before the end of the game, as Stacks also added four points to add decoration to the scoreboard.