Despite the visitors being at full strength and Rangers being without two County players in Eoghan Hassett and Ryan Diggin, it was a game that the home side led and controlled from the outset.

Rangers led by 1-3 to 0-0 at the first water break as a Jack Lynch goal was preceded by points by John Burke, Jack O’Sullivan and Darragh O’Grady, although the visitors did create a chance just before sos but it was saved by Adam Carey.

The second quarter saw Rangers backs attacked more, but held firm to see Stacks score a solitary pointed free in the half.  Rangers lost Rian O’Sullivan to injury during this period, as his head collided with an opposition shoulder that unfortunately caused concussion and a broken cheekbone – we wish Rian a speedy recovery.  Points from Darragh O’Grady (1 free) for Rangers saw the hosts take a seven point lead into the break.

Jack Lynch slotted a point in the opening minute of the second half before Rangers scored a second goal – many thought Darragh O’Grady was heading for home as he collected the ball at the ‘top of the right’ before hopping & soloing his way across the field towards the entrance gate & slotting the ball across the ‘keeper to the bottom corner for a great solo goal.  A 34th minute Austin Stacks point – their first score from play – was cancelled out by a Jack O’Sullivan free but Austin Stacks followed another point with a goal of their own as a mix up in the Rangers defence gave the visitors the chance they needed and they seized the opportunity.  With a quarter to play, Laune Rangers led by 2-7 to 1-3.

The final quarter was a war of attrition, as tempers got heated, with Austin Stacks losing a player to a red card.  Darragh O’Grady pointed for Rangers and Stacks pointed another free, but there would be no further score in the game.  The Laune Rangers defence made up for the earlier mix up, with a defiant display, particularly by wing backs Tim Mangan and John Tuohy and midfielder Aona O’Shea – the latter getting plenty of attention on and off the ball.  A late late save by Adam Carey denied Stacks a lifeline, as the final whistle was blown to give Rangers a fully deserved win.

Laune Rangers will face Ardfert in the Central Region Division 1 Final on Monday next, August 2nd, looking to retain the title they won when it was last played in 2019.  No time or venue yet announced for the Final. 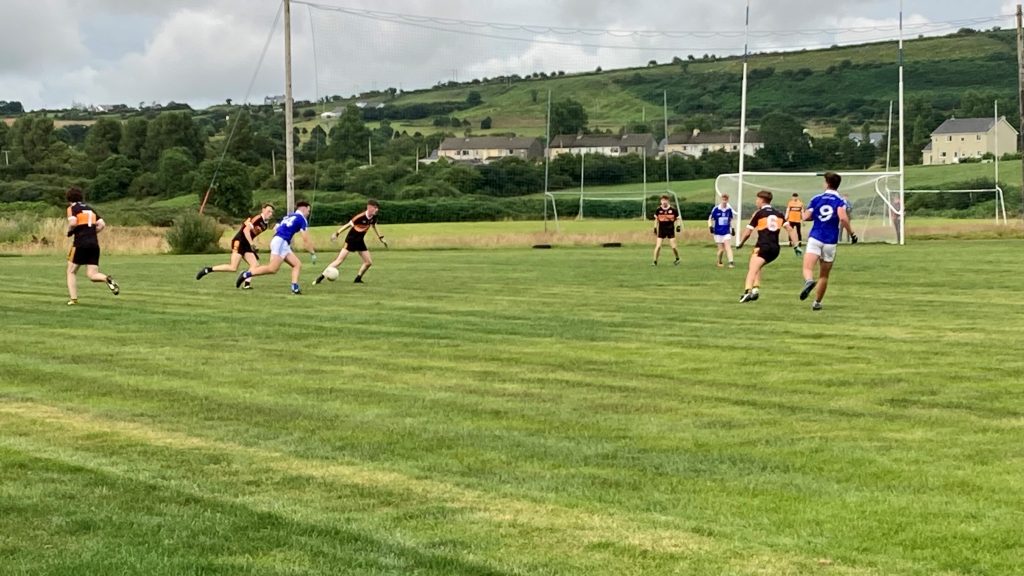