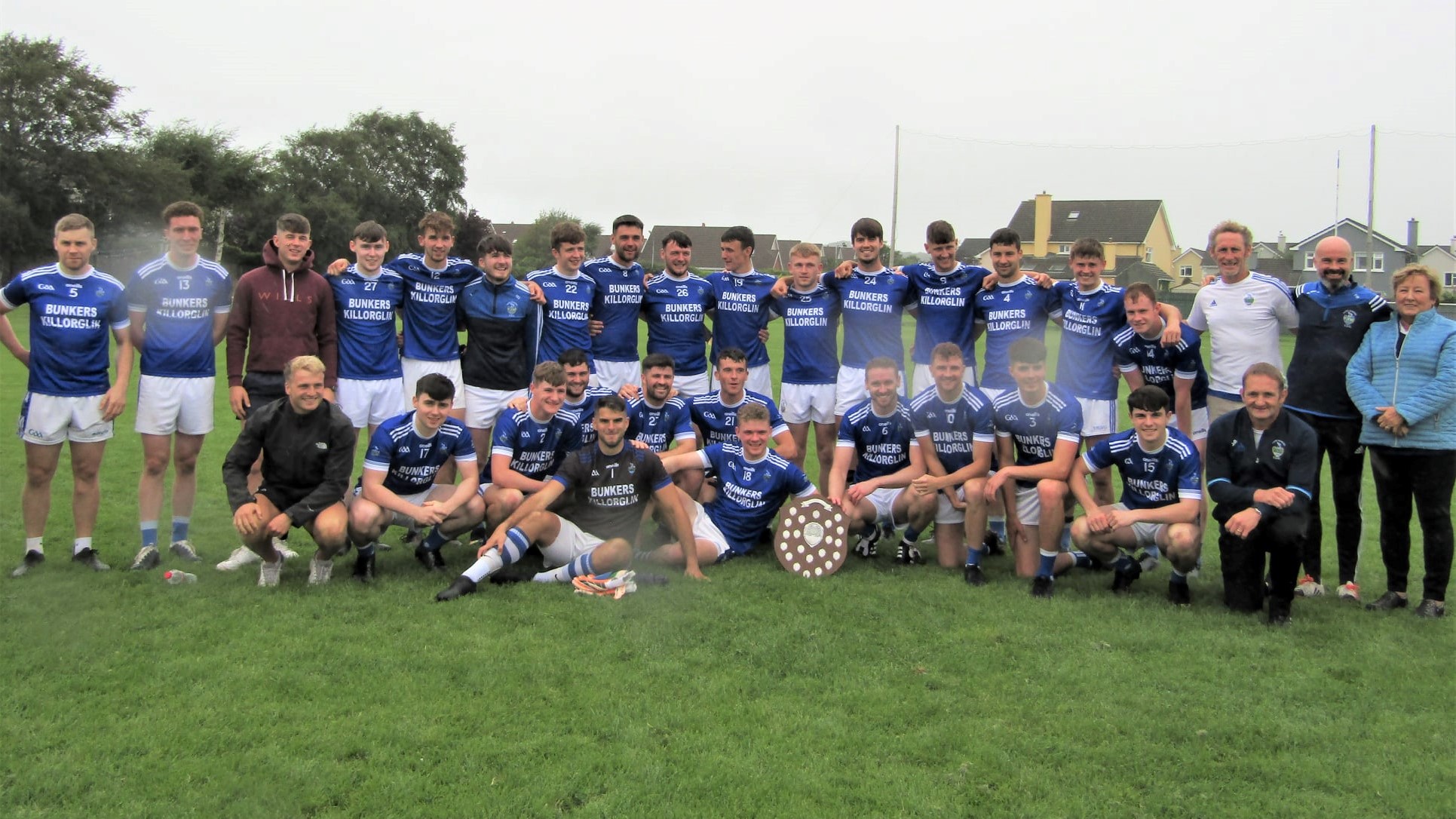 Laune Rangers were missing men both in the playing ranks and on the sideline – David Mangan and Fiachra Clifford both missing the game while coach Tom Crowley was absent on the day after his wedding.  We congratulate Tom and his wife Clodagh and wish them a long and happy life together!

Listowel Emmets started brightly with the breeze at their backs, going ahead by two as Seán Keane (free) and Sam Tarrant pointed for their team.  Rangers found their feet after a few minutes though, and began to pressurise the Emmets defence.  Gearóid Hassett kicked a point after cleverly working a better angle for himself.  Sam Tarrant pointed a free for Emmets but it was soon nullified by a John Tyther free for Rangers shortly after.  Laune Rangers were first to trouble a goalkeeper, but Conor Beasley pulled off a super double save from first Dáire Cleary and then Matt Leslie.  John Tyther levelled matters before Mark O’Connor kicked an excellent point to give Rangers the lead by 0-4 to 0-3 at the water break.

John Heaphy pointed for Emmets as his searching ball into the square beat everyone before bouncing over the bar to level the scores again.  Emmets captain Cormac Mulvihill gave his side the lead with a point after John Tyther and Sam Tarrant (free) had traded scores, but three on the bounce at the end of the half gave Rangers the lead by two at the break – John Tyther, Dáire Cleary and Gearóid Hassett all pointing.

Laune Rangers flew out of the traps after the restart and scored four unanswered points to go ahead by double scores – Dáire Cleary (2), Hassett & Tyther all adding to their respective tallies.  Listowel responded with a brace of points before Emmets were awarded a penalty – Ger McCarthy adjudged to have been fouled in the square as he fell on the ball.  Seán Keane made no mistake with the penalty to leave the minimum between the sides at 0-12 to 1-8 at the second water break.

This seemed to spur Rangers back to life again, and they were awarded a penalty of their own as Shane McSweeney – just after being introduced – was fouled as he rounded Conor Beasley in front of the Emmets goal.  John Tyther slotted home the spot kick to nullify the earlier goal for Emmets.  Shane Daly and Peter Crowley added well taken points to put them six clear, before Emmets were reduced to 14 men for the remainder of the game, picking up an injury after making all five substitutions.  Rangers were now flying, and two late Gearóid Hassett goals made sure of the win.

It’s a first piece of silverware for a Laune Rangers team for quite a while – Kieran Crowley collecting the Division 3 Shield from Liam Lynch of Kerry GAA. 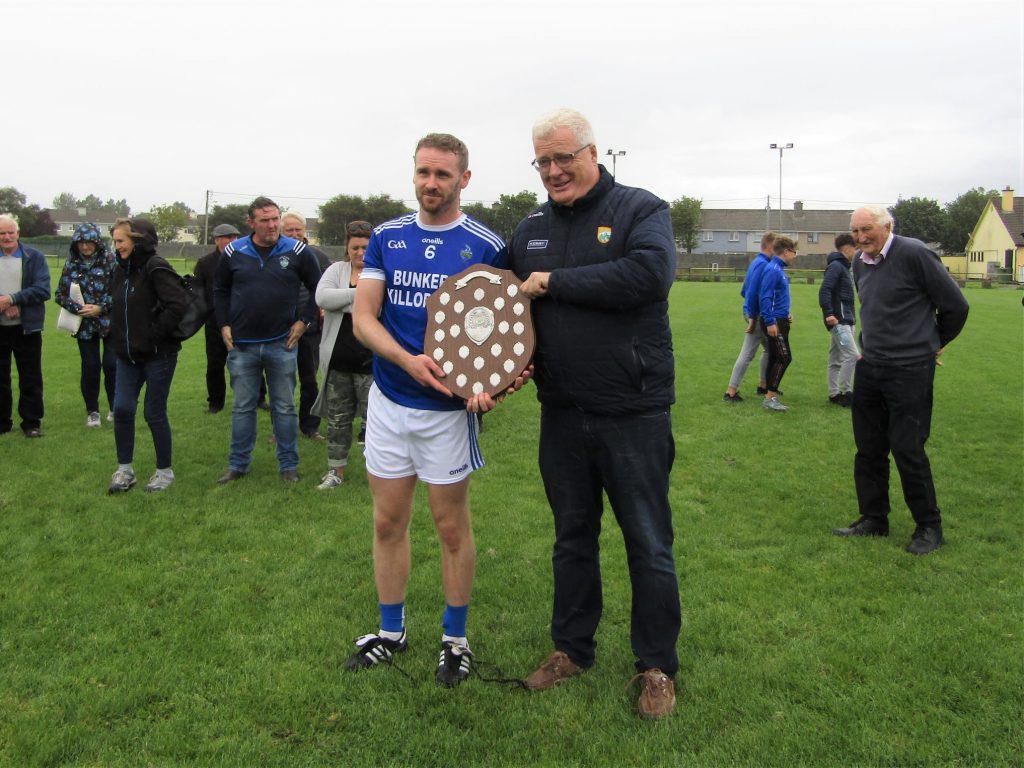 While there was no official man of the match award, any number of players in blue would have fully deserved it.  Gearóid Hassett and John Tyther shared 3-8 between them and caused havoc to the defence, while Shane Daly, Jack O’Connor and Stephen Sealy were excellent around the middle.  Meanwhile, Dáire Cleary’s performance – three points from the 40’ with some great runs and passes – was matched by the defensive showing of his brother Seán who, in the second half particularly, cut out a number of Emmets attacks and was part of a defence that conceded only 0-3 from play in the game. 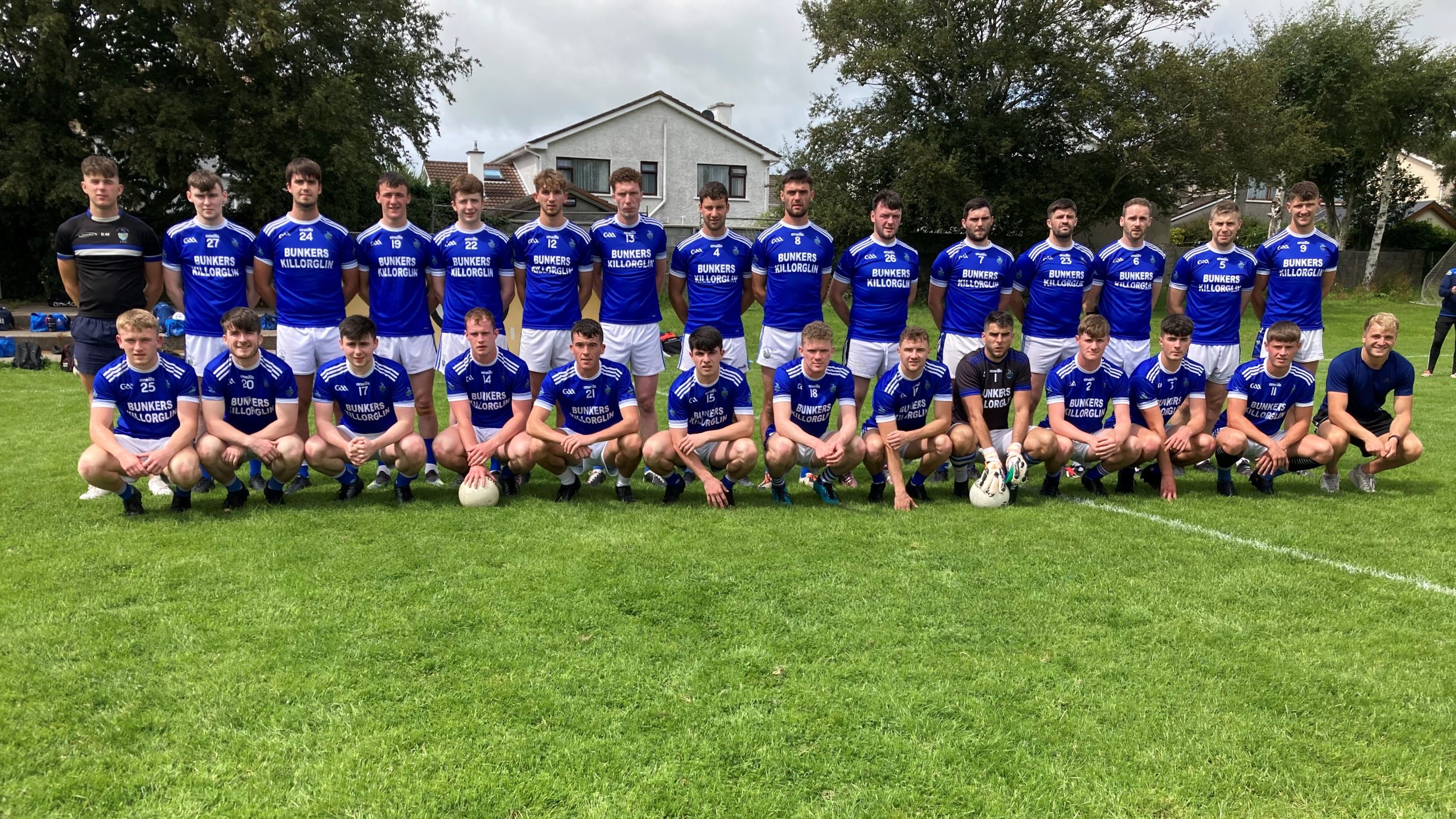