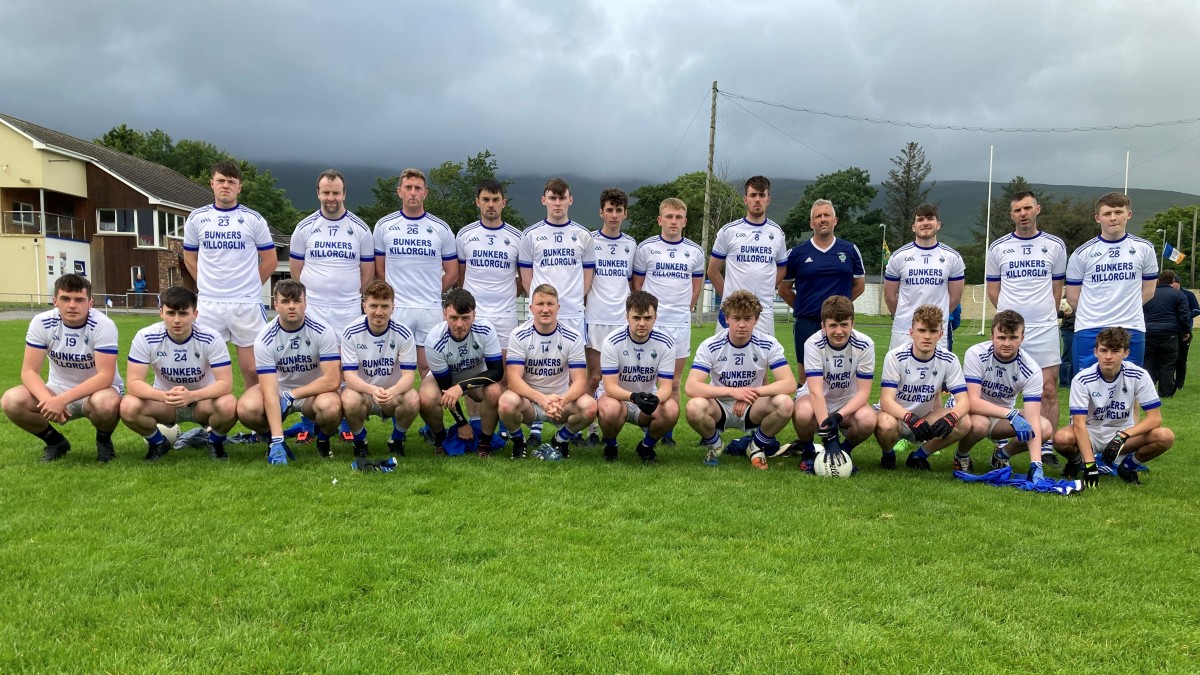 Laune Rangers B will continue to ply their trade in Division 5 of the County Senior Football Leagues in 2022, following victory in the relegation playoff against Kerins O’Rahillys B in Keel on Saturday evening.

A low scoring first quarter – intersected with a few wides – saw the scores level at 0-1 a piece at the water break, as an early TJ McMahon point for the Strand Road side was cancelled out by a pointed free by Ronan O’Shea.  McMahon nudged Rahillys ahead again, but Eamonn Carey levelled with a well taken point after a swift team move.  Gavin O’Shea pointed Rangers ahead by TJ McMahon added another for his team to level matters.

Laune Rangers captain Eamonn Carey scored a super point from a tight angle to give his side the lead again, and a pointed free from Ronan O’Shea saw Rangers leading by two at the break.

Laune Rangers held the Tralee side to a single pointed free in the second half, kicking on to win rather comfortably in the end.  Mike Frank Russell led the way in the third quarter, scoring three points (two frees), as that sole pointed free by Daniel Bowler saw Rangers leading by 0-8 to 0-4 at the second water break.  Rahillys had a few shots in the quarter, but between some errant shooting and the alertness of Tony Lyons and his full back line, particularly Cormac Johnston and Patrick Brennan, any danger was ably averted.

Laune Rangers were not going to rest on their laurels and try to defend their lead for the final quarter, but continued to press forward.  Rory O’Connor was put through on goal by a couple of great passes but, with Gary Kissane closing in on him quickly as he gathered the ball, he made the smart decision to punch the ball over the bar.  Gabriel Griffin added a deserved point for his efforts, while Cian O’Shea added a final pointed free as the game ebbed to its inevitable conclusion.

Following the promotion of the A team to Division 2 last week, this was a big result to stay in Division 5 for the ever-developing Laune Rangers B team.  Mike Frank Russell continues to amaze spectators at his longevity – considering 14 of his 19 teammates that played this game were not born when he first lined out for a Laune Rangers B Team – and his third quarter efforts put Rangers out of sight before his withdrawal after 45 minutes, but it was the three youngest players on the Rangers team (three U18s) that deserve particular plaudits from this game.  Callum Russell was excellent at midfield, while James Treacy continues to thrive at the Junior grade.  However, it was the mature performance at corner back of Patrick Brennan that stood out on the night.