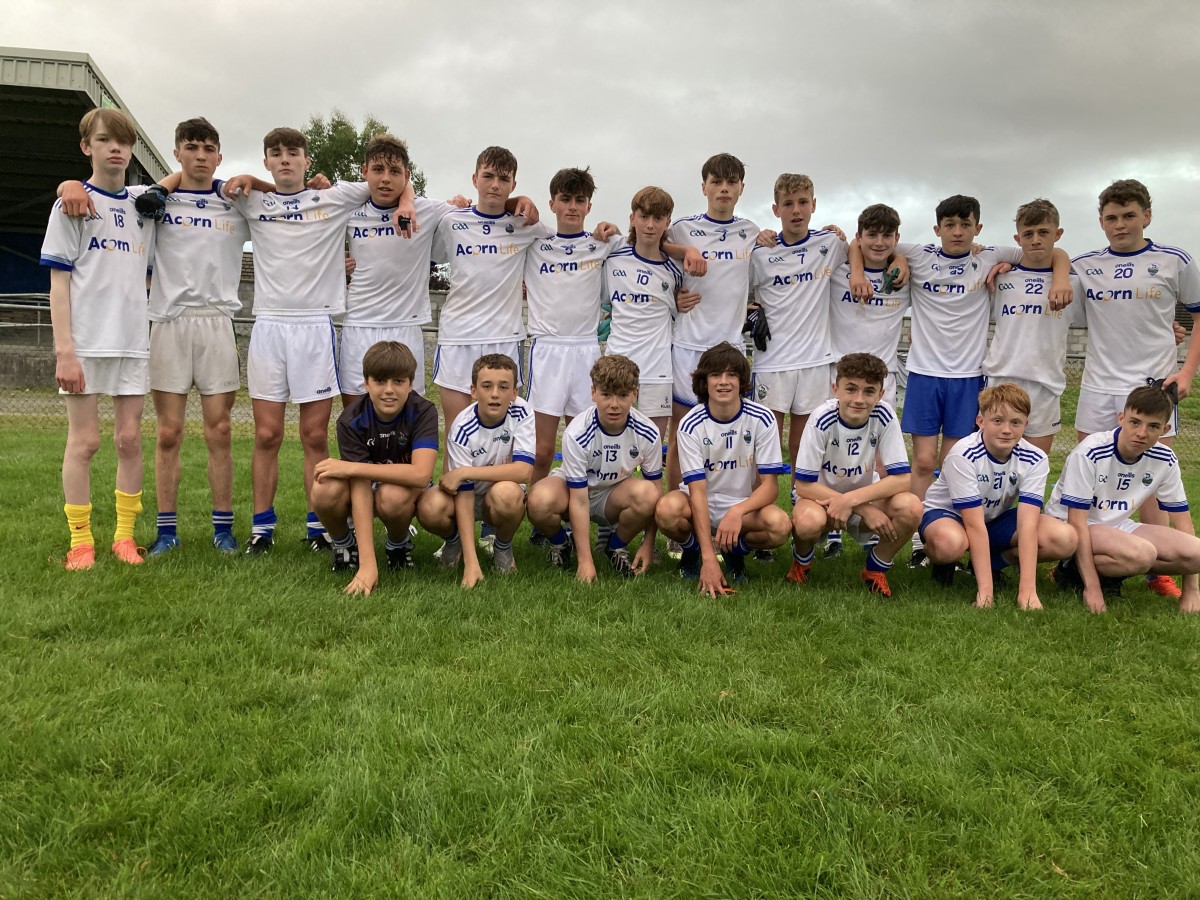 Laune Rangers Under 15 Boys White team had a local derby home win on Wednesday evening against Glenbeigh/Glencar/Cromane in Division 2 of the Central Region Competition.

An early goal by Ryan Carey after a great catch at the edge of the small square gave Rangers the lead and a Seánie Diggin point followed it a minute later.  GGC replied with a point but Stevie Gannon soon met it with a pointed free.  A GGC point saw Laune Rangers leading by 1-2 to 0-2 at the first water break.

GGC were much the better team in the second quarter as they scored 1-3 unanswered before Patryk Radny scored for Rangers.  However, two more pointed frees and one from play saw GGC take a four point lead into the break.  Half Time Score:- Laune Rangers 1-3, Glenbeigh/Glencar/Cromane 1-7.

Rangers improved in the third quarter as a couple of substitutions brought fresh impetus into the team.  Stevie Gannon was first to score but GGC soon cancelled it out with a point of their own.  A great team move put Ryan Carey through on goal and he made no mistake with a great finish to the net to leave a point between the sides.  Two GGC points (1 free) put some space between the sides again but an Alex Garry point left two between them at the water break at 2-4 to 1-9.  Laune Rangers saw Sean O’Donnell receive black card just before the water break to leave Rangers with a hill to climb in the final quarter.

Rangers came out firing for the last period of the game.  GGC did score the first point of the final quarter to go three ahead, but Rangers put in a huge effort to turn the game on its head.  A goal by Patrick O’Donnell levelled matters, before Eoin O’Connell put the home side ahead with a point.  Patrick O’Donnell put his side back into the lead before his cousin Seán came out of the sin bin bringing Rangers back to 15 on the field.  This spurred on the Laune and the decisive score came in the 54th minute, as Oran O’Sullivan struck for Rangers fourth goal – a shimmy around the last defender leaving him with only the goalkeeper to beat and a good finish saw the net ripple.  A late free was added by Stevie Gannon to make sure of the win.  Full Time Score:- Laune Rangers White 4-8, Glenbeigh/Glencar/Cromane 1-12.

The manner of the victory – overturning a three point deficit while a player short – was the highlight of this game, as all 20 players not only played but made a contribution to the performance.