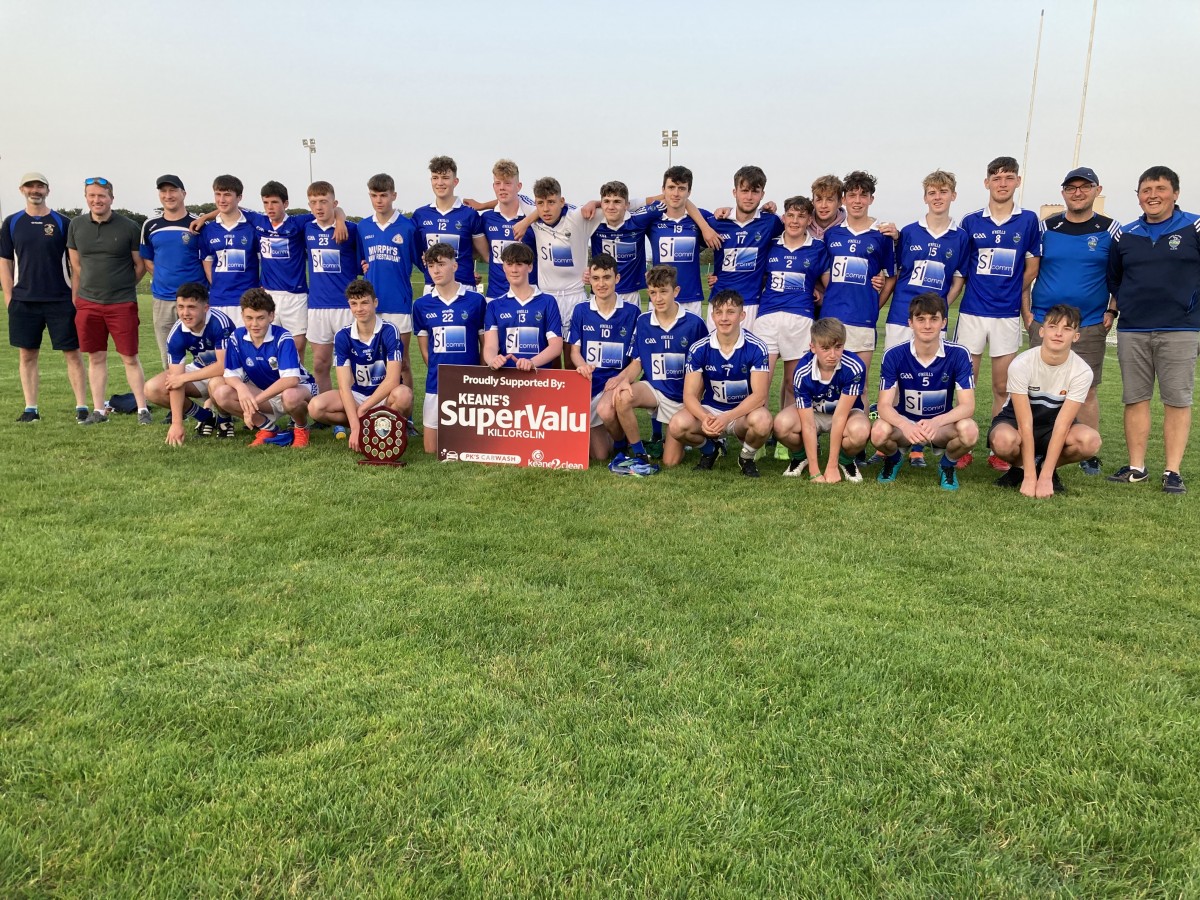 Laune Rangers made history this season by fielding a 2nd team at Minor level for the first time, and Thursday evening saw the ‘White’ Team take home a County League title.  The format of the competition saw two Finals from each Division, so therefore the top two teams in Division 6 – Laune Rangers White & Skellig Rangers/Valentia – contested the Division 11 Final.  Unable to secure a neutral venue for the Final, Kerry GAA asked both clubs to toss a coin for home advantage.  Both clubs agreed and it was Rangers who won the toss, so JP O’Sullivan Park played host to the Final.

Laune Rangers were delighted to see Rian O’Sullivan join them on the sideline, having undergone surgery to a facial injury suffered in the Central Region Division 1 Semi Final win against Austin Stacks a month ago.

It was a hotly contested Final that saw the lead change hands a number of times, with a fantastic standard of football played by both teams.  Skellig/Valentia led by a point at the water break as points by Ben Egan (2) and Jake Curran were book-ended by pointed frees by Adam Owens.

Owens added another free to level the game before Jack Lynch put Rangers ahead with a super point the used the wind to curl in from an angle and split the posts.  Skellig Rangers regained the lead with two more Ben Egan points (1 free), but frees by Adam Owens & Cillian Buckley – a super long range effort – wrestled the advantage back in Rangers’ favour.  Ben Egan continued his fine shooting for Skellig/Valentia to level matters and the sides went into the break all square.

Laune Rangers got the perfect start to the second half, when Adam Owen’s put the final touch to the ball to squeeze it past Cian O’Sullivan for a goal – Tom Garry making a piercing run from midfield in the build up.  A second goal was almost scored but Cian O’Sullivan made an outstanding save to deny Oisín Lynch.  A pointed free by Adam Owens was wiped out by an excellent point by Emmet Daly, who added another soon after.  John Tuohy was reward for his outstanding performance at centre forward with a super point, before it was cancelled out by a Ben Egan free at the other end.  Cillian Foley pointed from a tough angle, while Adam Owens added another free to leave Rangers leading by 1-10 to 0-9 at the second water break.

Skellig/Valentia had an ideal start to the final quarter, as Patryk Radny made the rarest of errors to see a dropping ball slip through his hands and backwards into the net for a goal.  However, it is a testament to the player’s character that, on the next attack a couple of minutes later, Radny pulled off a great save to deny a near-certain goal.  Points by Jack Lynch and Cillian Foley restored the three point cushion with seven minutes to play, and the Rangers defence held firm from there led by Tim Mangan & Killian Spillane.  Ben Egan pointed a free for the South Kerry side, but a seventh and final pointed free by Rangers captain Adam Owens was enough to see his side to victory. 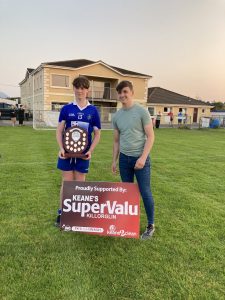