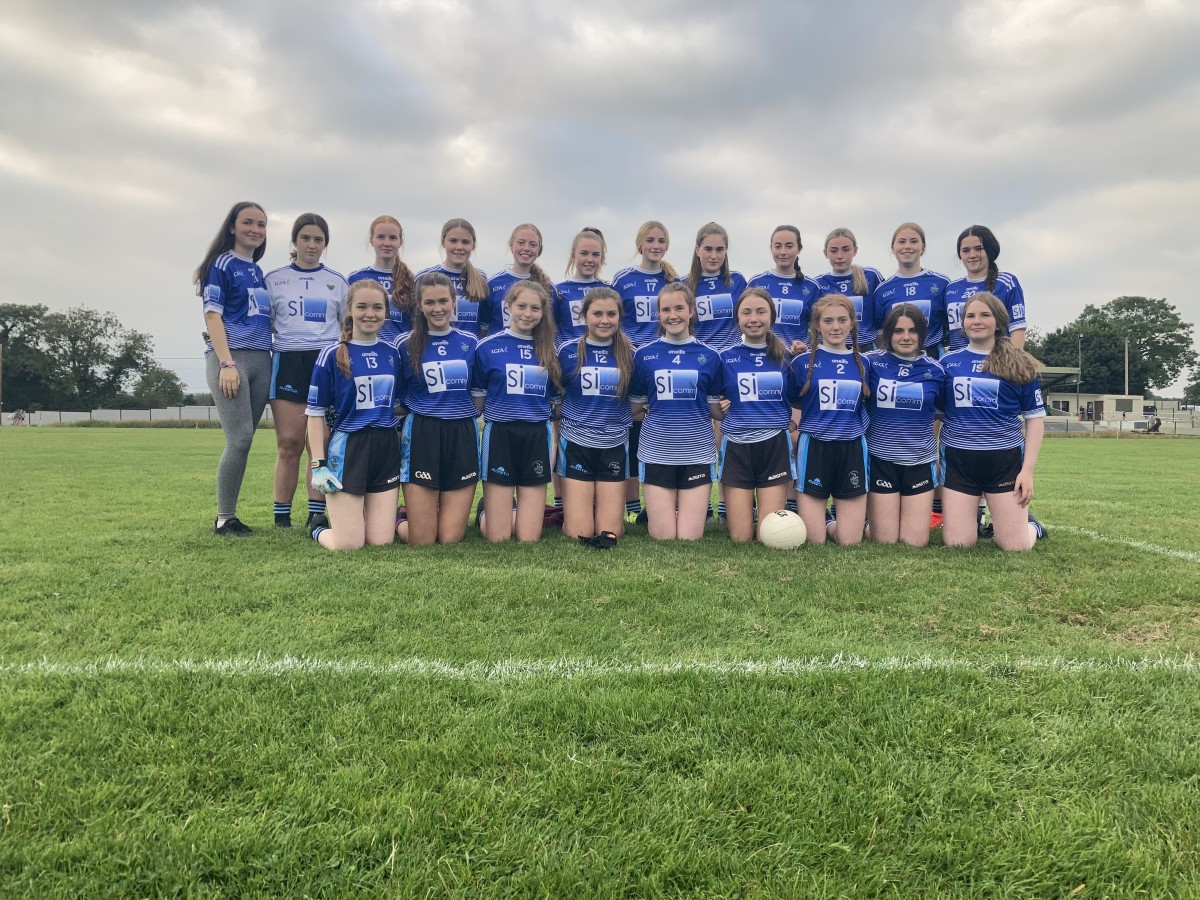 Kilcummin were first to strike, scoring a goal and point inside the first five minutes.  Aoife Cleary scored Rangers’ first point before Kilcummin added a second goal and took a two goal lead into the first water break.

Isabella Doherty struck for Laune Rangers first goal, and Laura Leslie added a point  but Kilcummin pointed at the other end to stem the tide.  Aoife Cleary pointed a super free from a tight angle but Kilcummin scored the last three points of the half to take a five point lead into the break, although Rangers almost scored a second goal but the shot was cleared off the line by the defence.  Half time Score:- Kilcummin 2-5, Laune Rangers 1-3.

Two early points from Kilcummin put the home side seven ahead, but Rangers didn’t drop their heads.  Aoife Cleary scored three pointed frees as momentum swung in favour of the visitors & Kilcummin struggled to get the ball out of their half.  Laura Leslie hit the net for Rangers second goal to leave the minimum between the sides, but Kilcummin got upfield and pointed to lead by 2-8 to 2-6 at the second water break.

Laune Rangers were now dominating possession and territory and two excellent points by Laura Leslie and Aoife Cleary levelled matters.  The game’s main talking point then came in the 55th minute as Laura Leslie palmed a ball to the net after a free being dropped into the square, only for the umpire to rule it out for square ball – a baffling decision as the ball had bodysurfed on the hands of the goalkeeper and full back before Laura Leslie arrived to knock it in.

This deflated Rangers for a couple of minutes as Kilcummin scored two quick points to go ahead again, but Rangers battled back.  Síofra Foley reduced the deficit to the minimum with a great point before a dispossession outfield gave Aoife Cleary the ball, and she put a searching ball in towards Sarah Kennedy – just on the field for injured Laura Leslie.  Kennedy got the all important touch to make full back and goalkeeper collide and the ball continued on into an empty net – a fully deserved goal after the injustice just five minutes earlier.

Rangers held on from the resulting kickout, and a blocked down Kilcummin pass was enough to see the final whistle blown.  Full Time Score:- Kilcummin 2-10, Laune Rangers 3-9.

The scoreline is a reverse of the previous meeting, as Kilcummin scored a late goal to win the Round 1 game in Killorglin.  A berth in the Final is a fantastic achievement for what was a young team that took the field on Thursday night.  In fact, only captain Aoife Nash Freeman was a ‘full Minor’, i.e. turning 18 in 2021, and she led by example in a great team performance.

Laune Rangers will face Fossa or Kerins O’Rahillys in the Division 4 Final – full details not confirmed at time of writing.