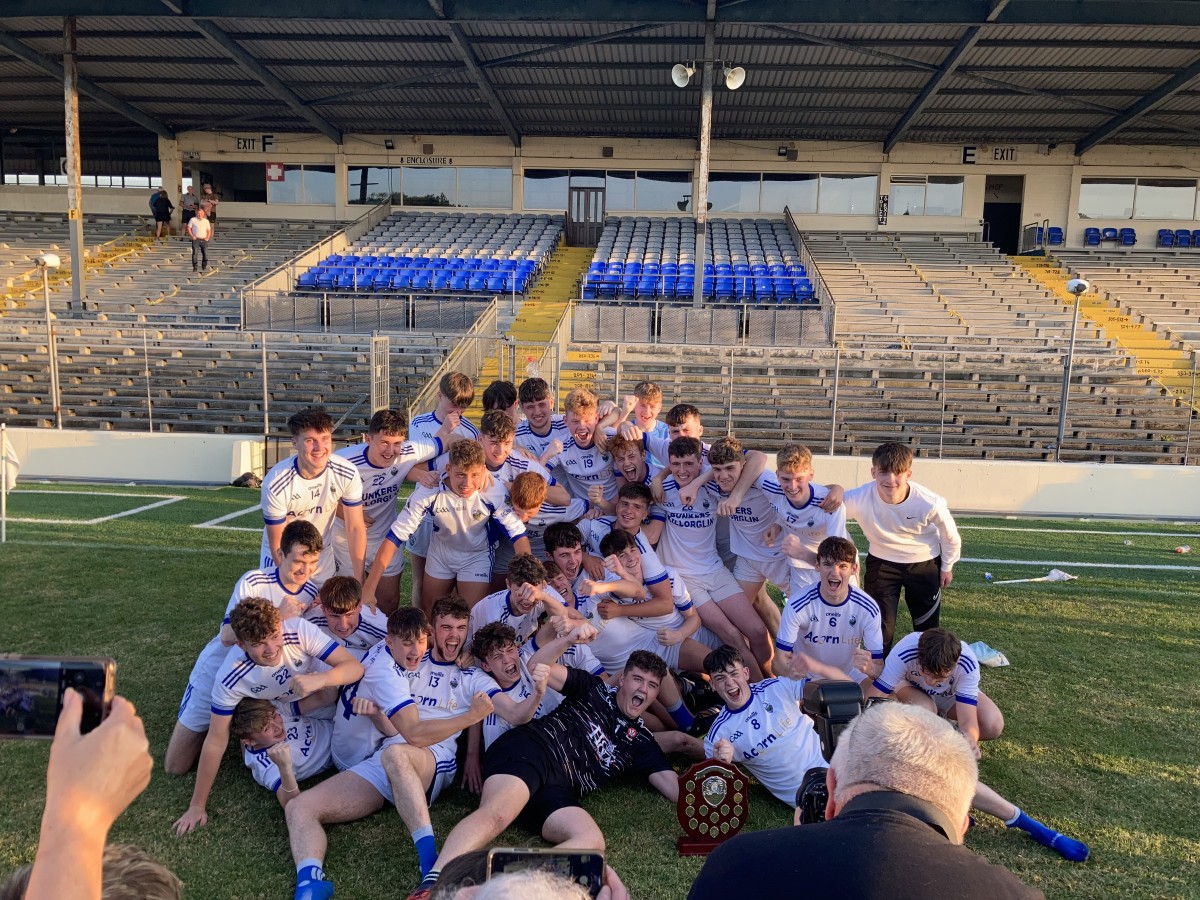 Glenflesk were first to score, going into a two point lead with points from Dylan Roche (1 free).  However Rangers didn’t panic and were level by the 5th minute as Eoghan Hassett pointed twice, and took the lead with a Darragh O’Grady point.  It was a lead they would hold for the rest of the game, as Eoghan Hassett added a free before Dylan Roche cancelled it out with a pointed free at the other end.  Hassett knocked over another free to see Laune Rangers leading 0-5 to 0-3 at the first water break – a much needed rehydration in sweltering conditions.

Darragh O’Grady scored a super point and Hassett added another to double the Rangers lead before the Killorglin boys struck for their first goal – Darragh O’Grady with a super run from the right flank before passing across to Jack O’Sullivan who rounded the goalkeeper and smashed the ball to the net.  Glenflesk rallied and had a strong finish to the half, but couldn’t convert their possession to scores as the Rangers backs forced them into snap shots that went wide.  They did manage to add two points through Iggy O’Leary and Jamie Moynihan – the latter a ball that dropped into the edge of the square before the substitute was shepherded out to an acute angle and his shot blasted over the bar. 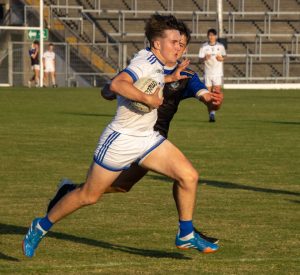 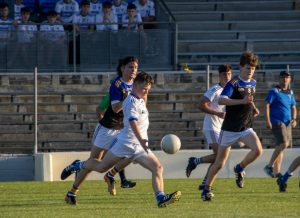 Laune Rangers got the perfect start to the second half with an outstanding goal – Eoin Lynch cutting out a Glenflesk attack before feeding Oisín Birmingham, who in turn sent a great pass up the line to Eoghan Hassett.  The Glenflesk backs may have been happy to see Hassett collect the ball at the half way line on the right touchline, but the forward made a mazy 70 yard run look easy as he weaved his way through the defence before slotting the ball to the corner of the net.

Luke Crowley got a point back for Glenflesk before Rangers were presented with another goal chance, as Jack O’Sullivan was fouled in the square after a great run for a penalty.  Eoghan Hassett saw his spot kick saved excellently by Jack O’Donoghue, although his reactions were excellent as he got his hands on the rebounding ball to calmly tap it over the bar.  Luke Crowley scored a great point for Glenflesk before Rangers scored their third goal – Darragh O’Grady with a great finish after beating his marker to leave Laune Rangers ahead by 3-8 to 0-7 with a quarter to play.

O’Grady and Hassett (1 free) scored a brace of points each to stretch Rangers into an insurmountable lead, as the Laune rear-guard were defiant in protecting their net.  Jamie Moynihan pointed as his shot was pushed over the bar by Adam Carey as Luke Crowley and Darragh McCormack put further points over.  Rangers pointed through substitute Jack Lynch, while Eoghan Hassett brought his tally to 1-9 with a point and Luke Crowley scored his fourth at the other end as the game ebbed to its conclusion. 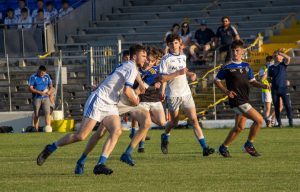 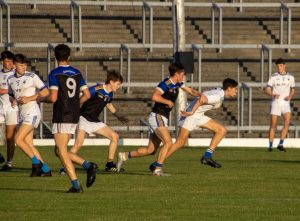 From back to front, this was a comprehensive performance out of every Laune Rangers player.  The defensive unit as a whole were simply immense, determined to keep their clean sheet.  This allowed Tom Whittleton and Aona O’Shea operate between the 45s and they provided a great link to the attack.  Eoghan Hassett and Darragh O’Grady with 2-13 between them were unplayable on the day, aided by the other forwards around them.  The strength of the wolf is in the pack though, and even the substitutes introduced contributed greatly.

Huge Credit goes to the management team of Cian Evans, Mike Frank Russell, Joe Hayes, Johnny Lynch, John O’Dwyer, Jason O’Sullivan and Darragh Burns who have led two teams in the Minor Leagues to titles this season – the White team winning the Division 11 title, having qualified in the top two of Division 6 and beating Skellig Rangers/Valentia in the Final. 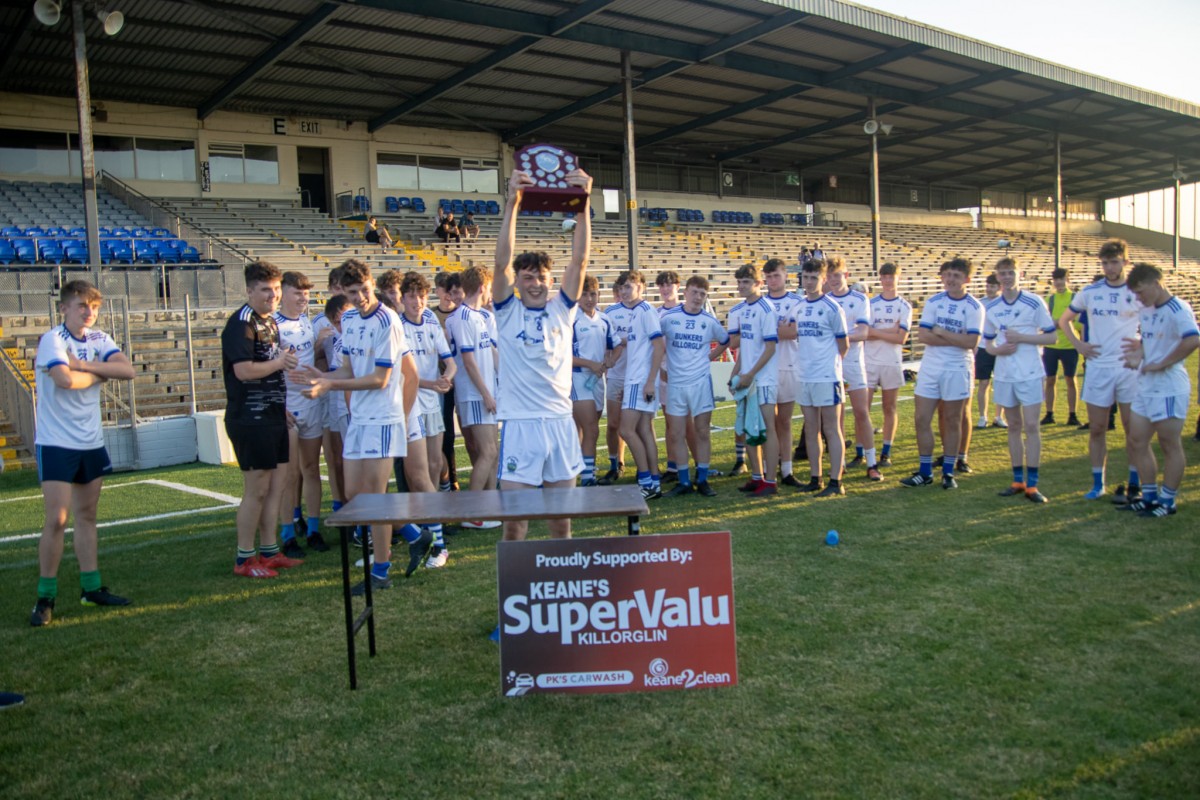 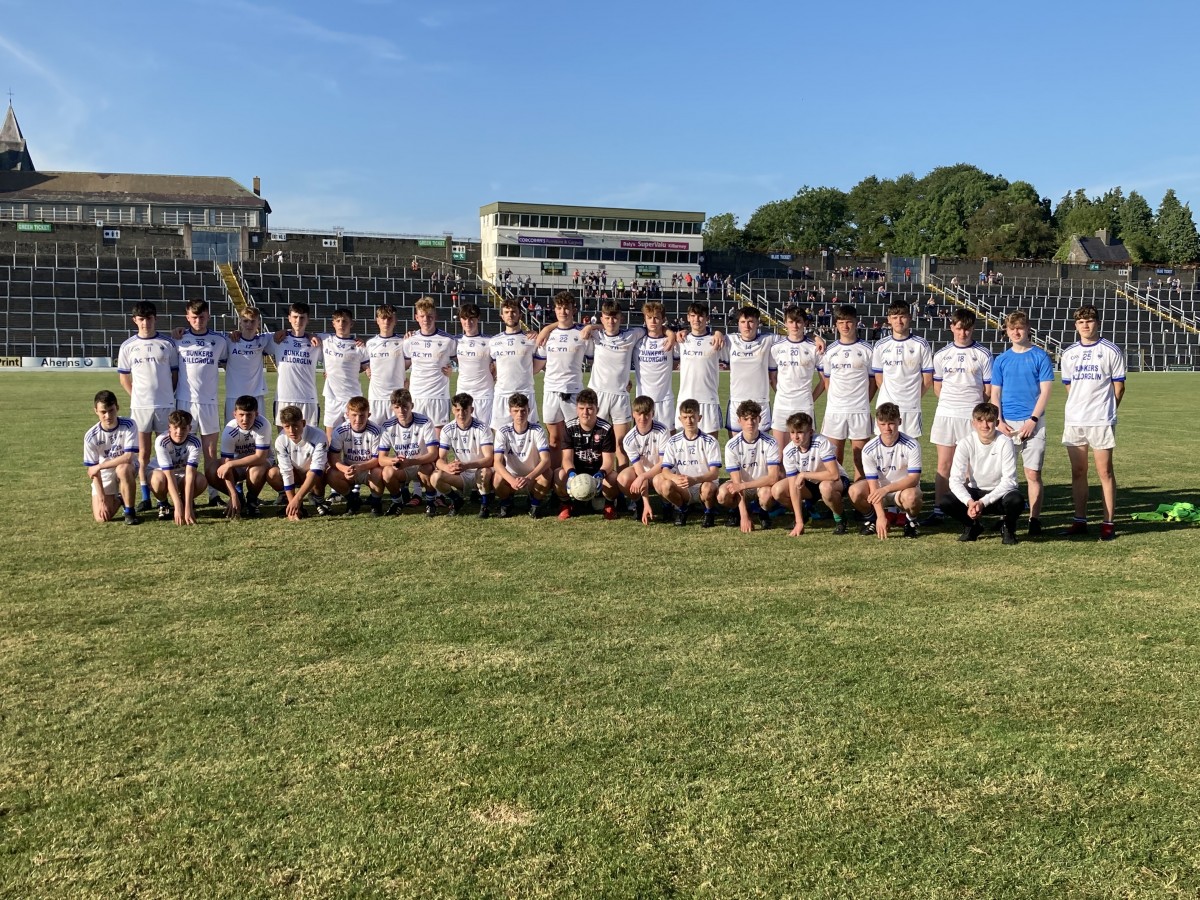