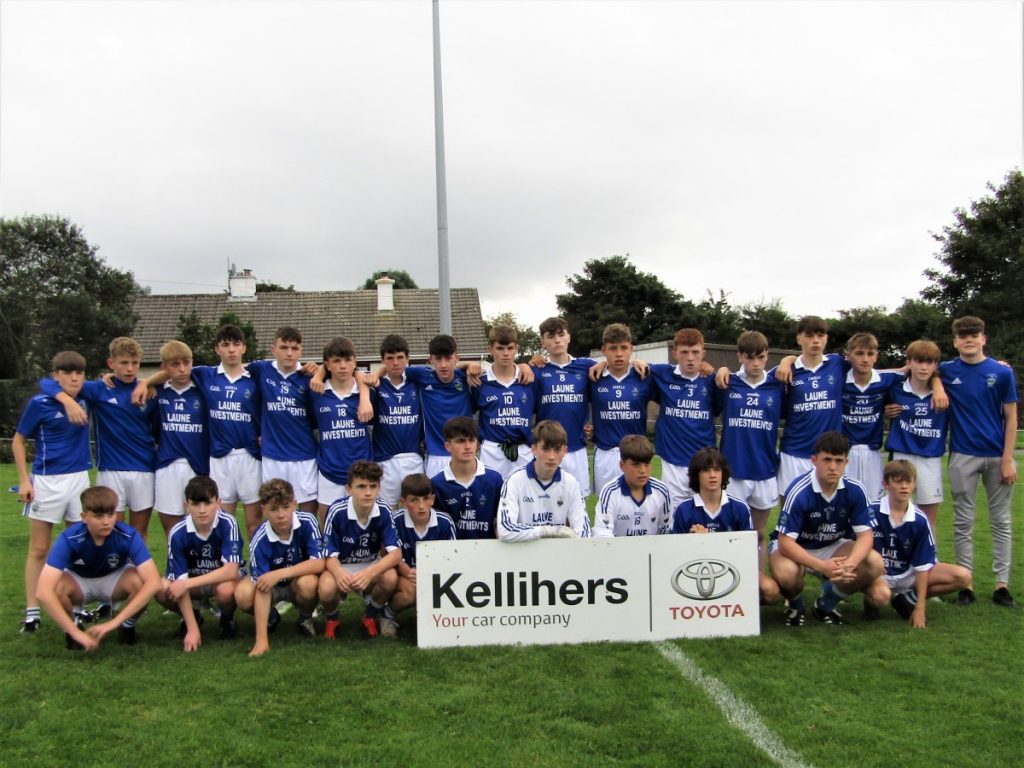 A late goal put a blemish on the scoreboard in as Austin Stacks left Keel GAA Ground with the Central Region Under 15 Division 1 trophy on Wednesday evening.

An early goal by Charlie O’Sullivan put Laune Rangers into the lead, although Stacks were level by the tenth minute after three points (1 free) before Patryk Radny saw his point cancelled out by a Stacks free as the sides went to the first water break all square at 1-1 to 0-4.

Darragh Clifford traded frees with his Stacks counterpart before Adam O’Neill struck for a second goal for Rangers.  Another Darragh Clifford free was sandwiched between points for Austin Stacks (one free) to see Rangers leading by two at the break.  Half time Score:- Laune Ranges 2-3, Austin Stacks 0-7.

There remained two points between the sides at the second water break – Patryk Radny & Darragh Clifford with the points to see Rangers lead 2-5 to 0-9.  Stacks pulled level with two more points before the game’s pivotal moment that effectively decided the game.  Shane Clifford – himself having been thrown to the ground off the ball on four occasions during the third quarter – was issued with a black card that surprised everyone in the ground including the player himself.  This deflated the Rangers team as Darragh Clifford’s point was Rangers last of the game.  Stacks scored three points (two frees) and, with Rangers on all out attack looking for a goal, Stacks countered to effectively walk the ball into the net to put the game out of reach.  Full Time Score:- Laune Rangers 2-6, Austin Stacks 1-14.