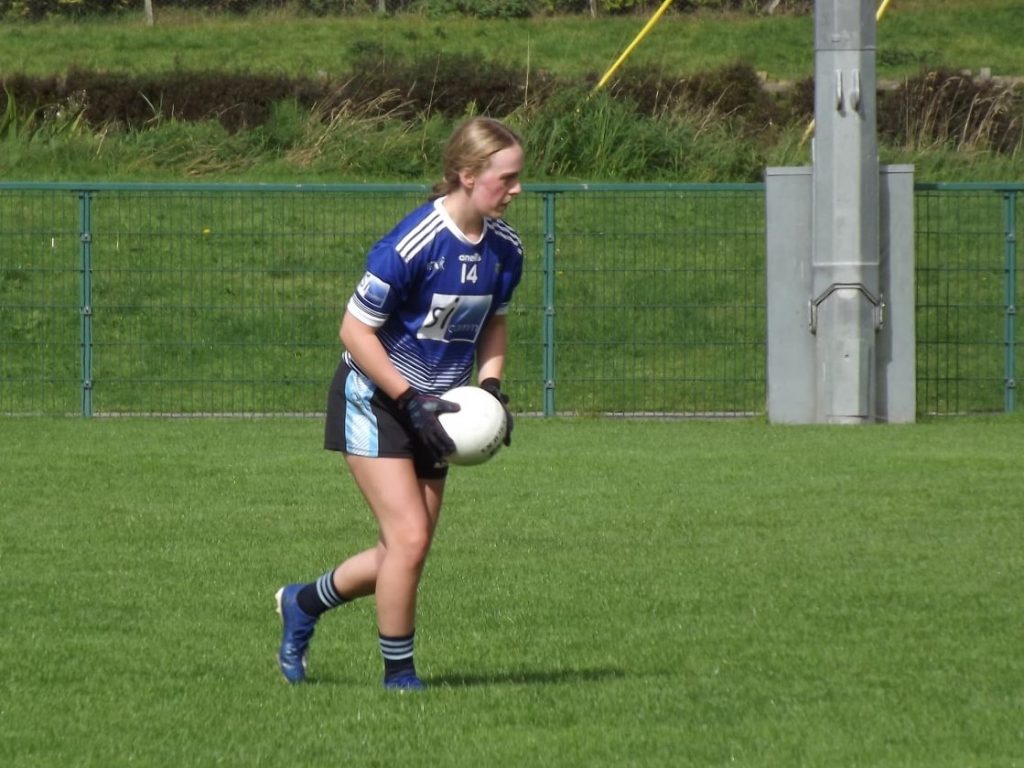 This game was sure to be one that Laune Rangers would be hungry to win, and were the better side from start to finish.  Having topped their Division in the early season Donal Curtin tournament, Laune Rangers were due to host Legion in the Division 3 Semi Finals of that competition in mid August.  However, when the semi final was fixed for the one evening Rangers were unable to field, there was no flexibility shown and a baffling walkover was imposed on Laune Rangers awarding the game to Legion (who ended up winning the Final).  Therefore, this game was between the best team in the Donal Curtin Division 3 against the team that lifted the trophy.

Without a number of regular players, Laune Rangers Senior Ladies put in a fantastic performance – in the first half particularly – to pick up a great away win against Legion in the County Junior A Championship on early Sunday afternoon.

The game took a while to see its first score as the defences were on top, but it was Laune Rangers to strike first as Maggie West hit the top corner of the net for a great goal.  Nicole Moriarty added a point before Fodhla Houlihan scored her team’s second goal, as Rangers went into the first water break with a 2-1 to 0-0 lead.

Legion got on the board with a point in the 20th minute, but Rangers added points through Maggie West and Fodhla Houlihan (2 frees) to see Rangers ahead by nine at the break.  Half Time Score:- Killarney Legion 0-1, Laune Rangers 2-4.

Fodhla Houlihan pointed Rangers further ahead before Legion got into the game, scoring two points and hitting the crossbar with a shot to leave Rangers leading by 2-4 to 0-3 at the second water break.

The home side continued to attack, although the Rangers defence was defiant and refused to concede a goal.  Three consecutive points were scored by Legion but Rangers continued to tag on scores at the other end, as Kayleigh McGlashan and Nicole Moriarty both pointed – the final pass for both scores coming from debutant Aoife Cleary who was introduced from the bench.

Legion had to settle for points as Rangers defence stood strong, with Olivia Moriarty also coming on for her Senior debut.  The hosts would score three points late on to leave four between the sides, but time would run out for them as Rangers secured a deserved win in Derreen for the second time this season.

Being without a first choice full back line, Rangers had to make some changes with Hannah McGeever coming back from the wing and captain Rachael Evans slotting in at full back.  O’Brien sisters Orla & Ciara put in excellent performances at wing back and midfield & Meadhbh Johnston gave her usual energetic best.  However, the stand out performance on the day was that of the corner back making her first Senior start – Sophia Doherty – who looked like a Senior veteran on the day.