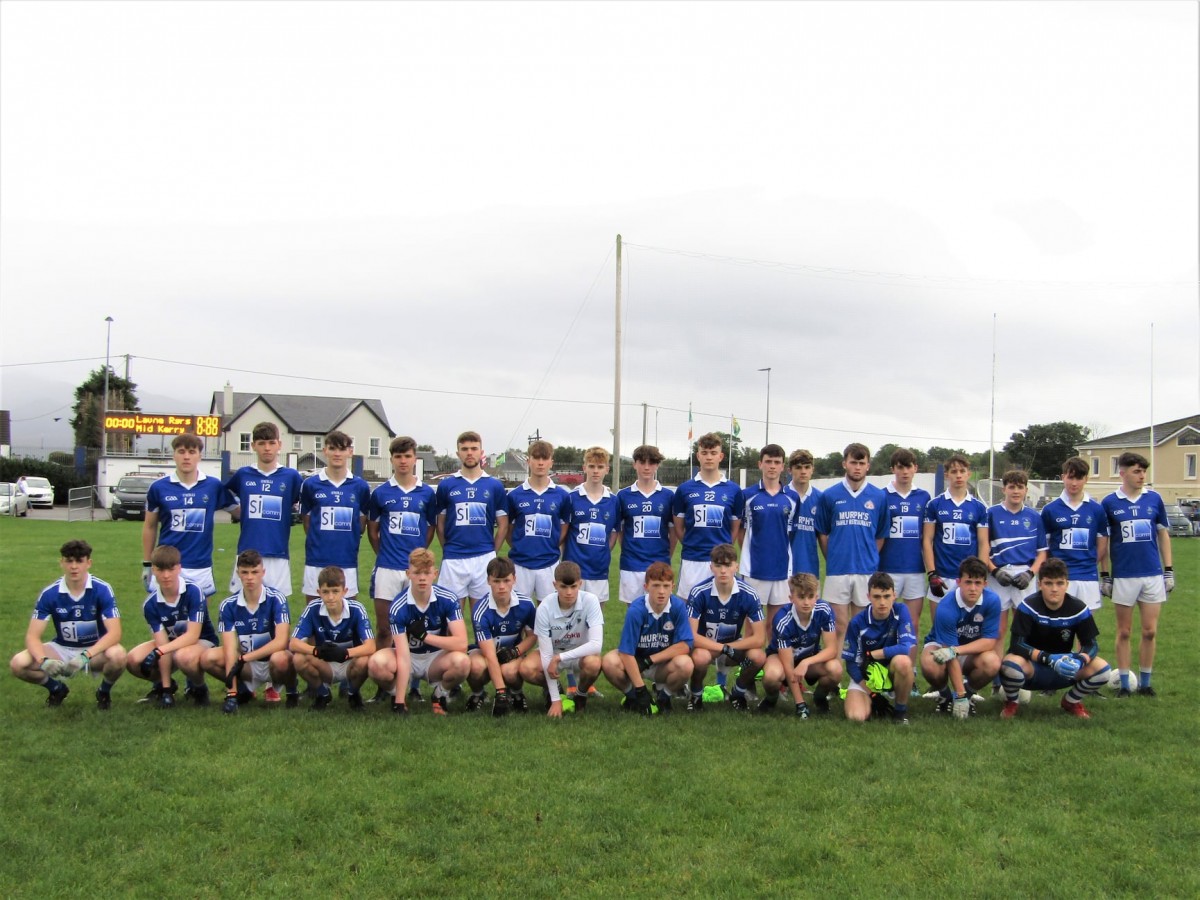 Having secured the County League Division 1 title a couple of weeks ago, Laune Rangers went into the County Minor Championship in good spirits.  However, the Championship roll of honour shows that this competition favours Divisional teams, & the Mid Kerry outfit justified favouritism with a win by the minimum on Saturday evening in JP O’Sullivan Park.

Laune Rangers had to make do without Cathal O’Callaghan & Tim Mangan who missed the game with injury and illness respectively, and joined Ciarán O’Sullivan & Rian O’Sullivan on the sideline.

Laune Rangers led by 0-3 to 0-2 at the first water break as Eoghan Hassett & Conor Spillane pointed two frees each for their sides before Cillian Foley nudged Rangers ahead with a well taken point.

Two further pointed frees by Eoghan Hassett extended the lead before Jack O’Sullivan scored a super point following a flowing move down the right flank.  Conor Spillane pointed a free for Mid Kerry before Eoghan Hassett split the posts with a successful 45 to see Rangers lead by four at the break.  Half Time Score:- Laune Rangers 0-7, Mid Kerry 0-3.

John Burke put Rangers five ahead with an early point, but Mid Kerry grew into the game as the game progressed, with the aid of a stiffening breeze picking up at their backs.  There was just two between the sides by the second water break, as Mikey Moriarty, Jason O’Connor and Conor Spillane (free) pointed to leave Mid Kerry trailing by 0-8 to 0-6 with a quarter to play.

The sides were soon level as Mikey Moriarty followed a successful 45 with a point from play.  Eoghan Hassett was on the end of a good team move to split the posts to give Rangers back the lead, but Conor Spillane levelled before Shane Evans put Mid Kerry ahead for the first time.  The lead was doubled by Jason O’Connor but returned to the minimum with a pointed Eoghan Hassett free.  Rangers had all the play for the final minutes in search of a leveller but it was not to come, and a final shot by Darragh O’Grady went agonisingly wide.  Full Time Score:- Laune Rangers 0-10, Mid Kerry 0-11.

With two further Divisional teams left to play in the group, Rangers won’t have much time to dwell on missed chances.  A trip to South Kerry awaits next week before they face North Kerry (Feale Rangers & Shannon Rangers combined) in  a neutral venue in Round 3.