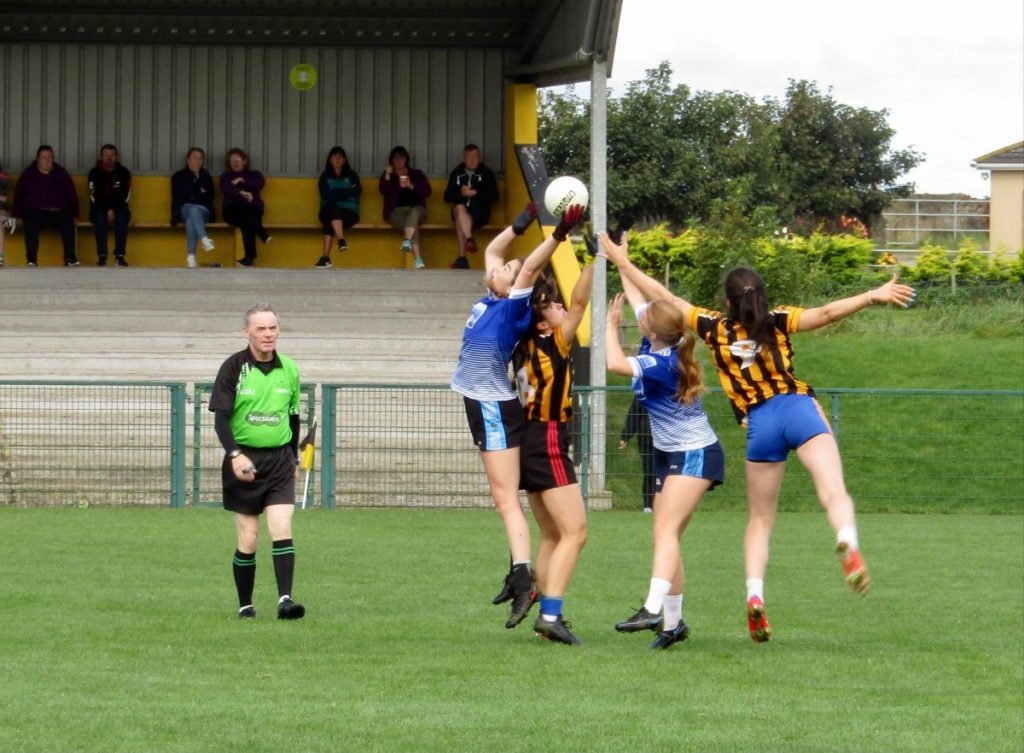 It’s an old saying in Gaelic games – ‘Goals win games’ – and this was certainly true as Laune Rangers travelled to Abbeydorney on Sunday morning for the first round of the Kerry LGFA Junior A Championship.  While there was some excellent football played by the Rangers side, it was the home side that came out on top.

Rangers welcomed Ciara O’Brien back into the fold for a first game of the season in the blue jersey, although they were without regulars in Nicole Moriarty, Aoife Nash Freeman, Laura Leslie and Grace Garland on the day.

Laune Rangers took the lead with a point in the first minute, as Maggie West split the posts, but Abbeydorney followed a 2nd minute goal with a pointed free.  Rangers responded excellently with points from Fodhla Houlihan (2, 1 free) and Maggie West to see the sides head in all square at the water break at 1-1 to 0-4.

West & Houlihan added to their tallies but Abbeydorney replied with a point and hot a second goal to regain the lead.  Scores were soon level with a brace by Fodhla Houlihan (1 free) but Rangers may have scored a first goal of their own as Ciara O’Brien was put through on goal unmarked, only for the play to be stopped for a leg injury to an Abbeydorney player out in midfield – the indirect free to Rangers scant consolation for the goalscoring opportunity that was stopped.  Fodhla Houlihan added a pointed free to put Rangers ahead after she was pulled down on the edge of the square by the last defender.  Abbeydorney levelled matters before a super Maggie West point was also cancelled out by a pointed free at the other end, and the sides went in level at the break.  Half Time Score:- Abbeydorney 2-4, Laune Rangers 0-10.

Nessa Healy nudged Rangers ahead with a point on the first play of the second half, but Abbeydorney scored a third goal to take the lead again.  That lead only lasted a couple of minutes as Rangers were awarded a penalty as Sophia Doherty – just introduced at Half Time for her Senior debut – was brought down by the Abbeydorney goalkeeper.  Fodhla Houlihan made no mistake to hit the net and put Rangers one up again.  Nessa Healy pointed from a near impossible angle and Houlihan added another, before Abbeydorney scored a point of their own to see Rangers go into the water break with a 1-13 to 3-5 lead.

An Abbeydorney point was followed by their 4th goal to see the home side go ahead by two.  Fodhla Houlihan halved the gap with a pointed free.  Abbeydorney pointed again but Rangers continued to press, but Meadhbh Johnston struck the bottom of the upright with a great shot and the rebound was cleared to safety.  Abbeydorney doubled their lead, but Rangers kept trying.  Meadhbh Johnston was through on goal again and was pulled to ground by the last defender for a second penalty.  This time, Fodhla Houlihan’s shot was matched by a save by the Abbeydorney goalkeeper to secure the win.  Full Time Score:- Abbeydorney 4-9, Laune Rangers 1-14. 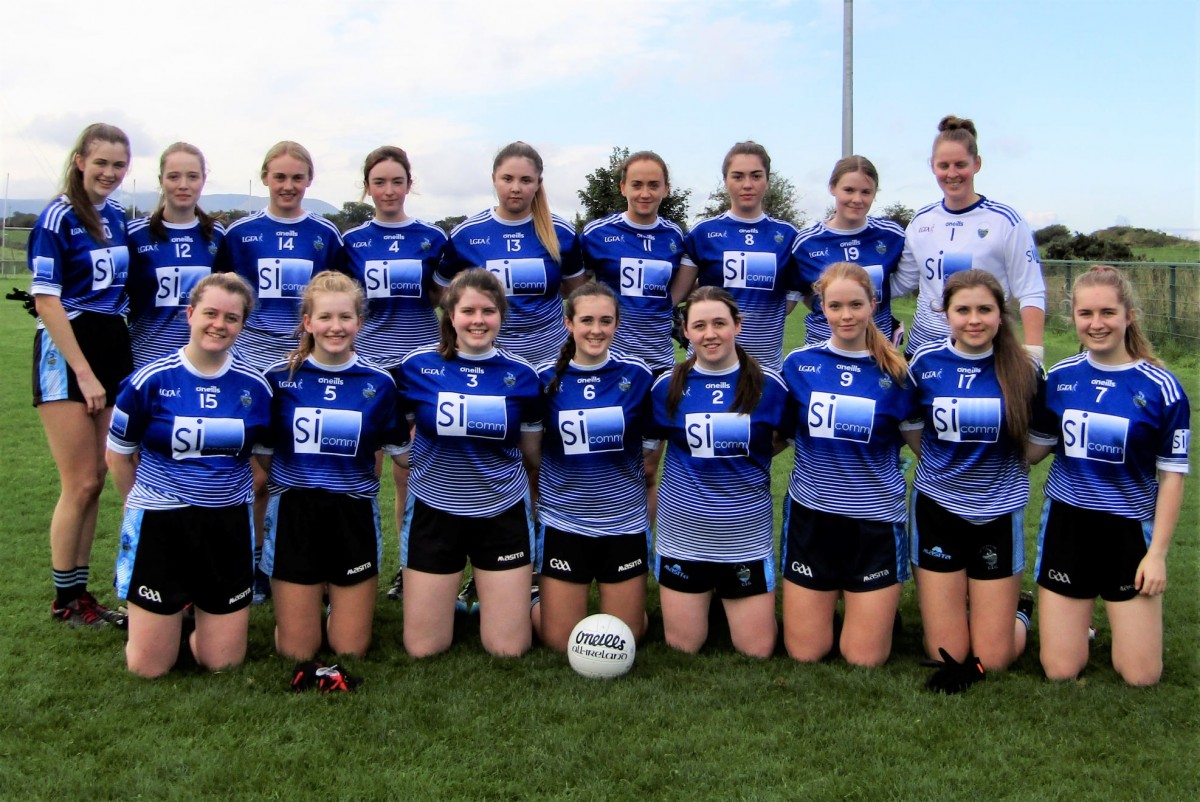