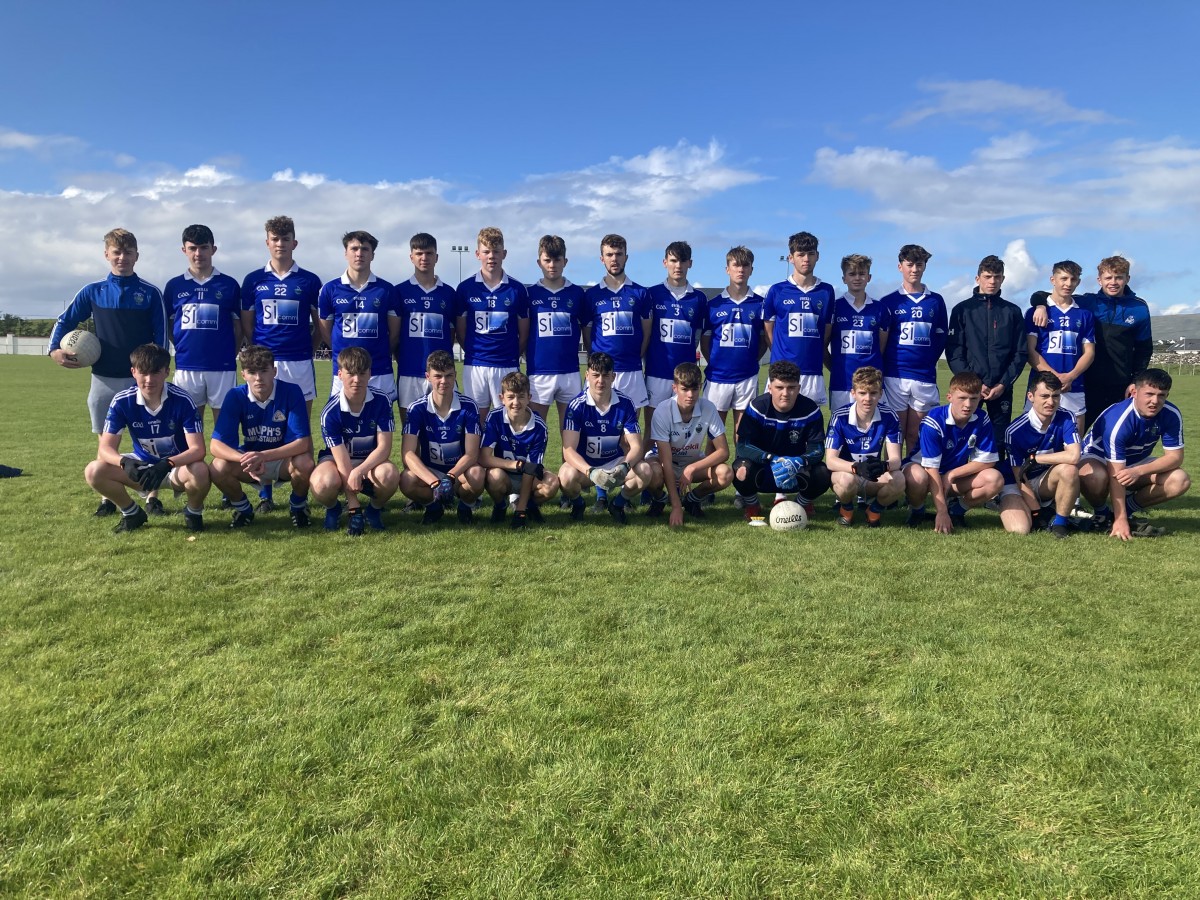 Following the abandonment of the game last week, Laune Rangers returned to Waterville on Saturday afternoon to take on South Kerry in the County Minor Championship.  However, the teams could not be separated as the home side found the net with the last kick of the game to claim a share of the spoils.  Tim Mangan joined Ciarán O’Sullivan and Eoghan Joy on the injured list, while Oisín Birmingham missed the game through illness.

Playing with a breeze at their backs in the opening stages, South Kerry pointed in the first passage of play through Breece O’Sullivan, although Rangers found their feet after a couple of minutes and levelled with a pointed free by Eoghan Hassett.  Laune Rangers took the lead as they scored the first goal of the game, when another Eoghan Hassett free was held up in the wind and dropped into the square.  Kieran Corcoran was caught off guard and spilled the ball and Jack O’Sullivan pounced to stab the ball to the net.  South Kerry recovered well and scored four successive points through Donagh O’Sullivan, Alex Coffey, Sam O’Driscoll & Kain O’Shea to regain the lead.  Kieran Corcoran made up for his earlier error by pulling off a great save from Jack Lynch as the home side were dominating, but a few wides stopped them from pulling away from Rangers & South Kerry took a 0-6 to 1-1 lead into the water break.

Alex Coffey and Breece O’Sullivan pointed South Kerry three ahead but the visitors were soon level again with a second goal – a super pass by Tom Whittleton slicing the defence open for Cillian Foley to reach the ball ahead of the outrushing Kieran Corcoran and slot it under the goalkeeper.  Kain O’Shea slotted a free to nudge the home team ahead at the break.  Half Time Score:- South Kerry 0-8, Laune Rangers 2-1.

Eoghan Hassett had Rangers level temporarily with a pointed free but Breece O’Sullivan slotted a dead ball between the posts to restore the home side’s lead.  The breeze that had been behind South Kerry in the first half had subsided to a murmur for the second, but excellent points by Eoghan Hassett and John Burke put the visitors ahead, although Ian O’Sullivan levelled matters with a great point of his own soon after.  After persistent fouling by the home side, Zak Fayen received a black card when he pulled Eoghan Hassett to the ground.  Hassett slotted the free himself to leave Rangers leading 2-5 to 0-10 at the second water break.

Another pointed free by Eoghan Hassett was followed by a great Jack Lynch point after a quick move from the back but South Kerry replied with a pointed free by Kain O’Shea.  Hassett and Darragh O’Grady added points to put Rangers 4 ahead, although Rangers would spend the remainder of the game with 14 men on the field as Aona O’Shea received a black card.  This spurred on the home side and two points (1 free) from Ian O’Sullivan halved the deficit.  Eoghan Hassett put Rangers ahead by three once more in the 30th minute, but there was plenty of time remaining in the game.  In the 5th minute of injury time, with Rangers having defended their goal for a number of minutes, South Kerry got the stroke of luck they needed when substitute Ben Egan’s shot from the ground managed to go through the bodies of a dozen players to hit the net, and the final whistle was blown on the kickout.  Full Time Score:- South Kerry 1-13, Laune Rangers 2-10.

The result sees Mid Kerry guaranteed to top the group with three other teams fighting it out for the remaining spot to qualify for the Quarter Finals.  Another Divisional side awaits as the combined Feale Rangers & Shannon Rangers outfit North Kerry will face Laune Rangers in Strand Road next Saturday afternoon.  Laune Rangers need to defeat North Kerry to hope the result of the other game goes their way to ensure qualification.