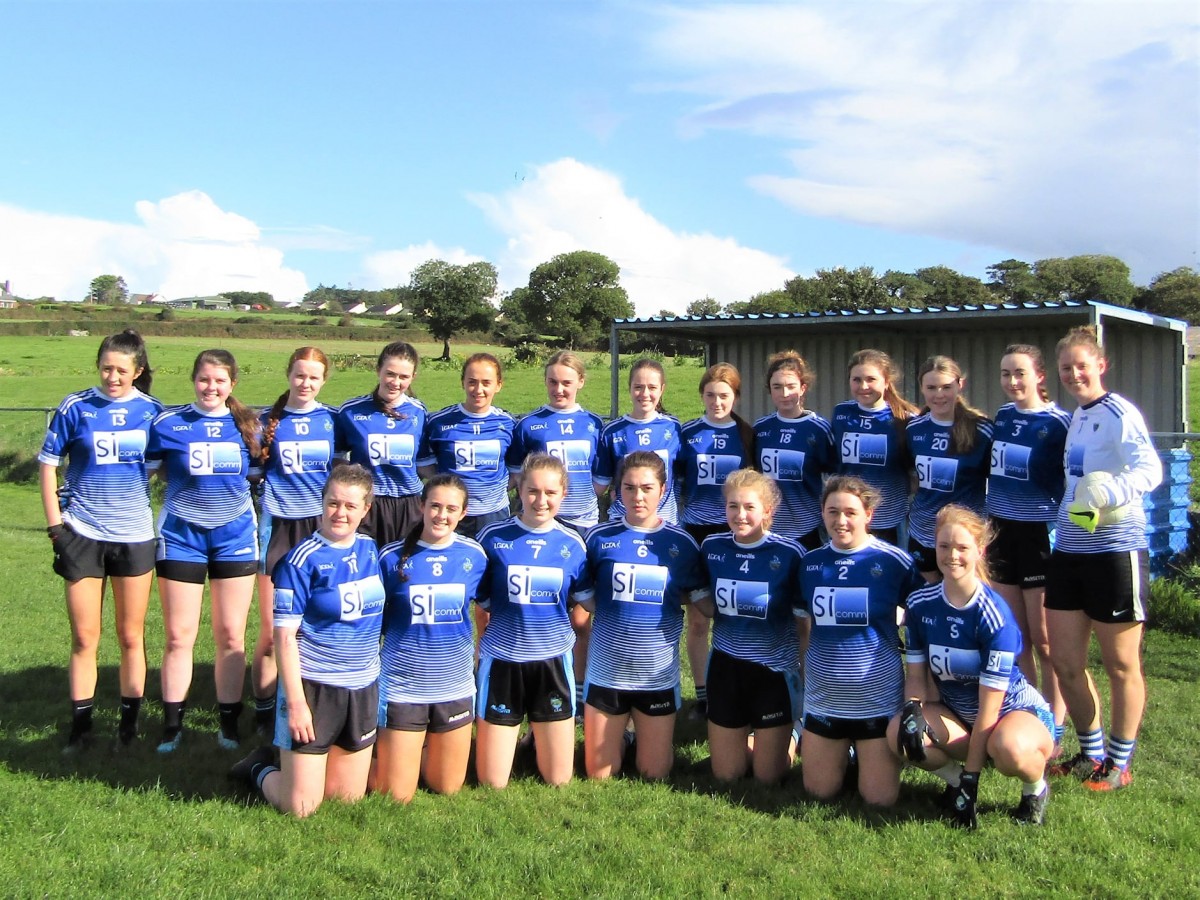 Laune Rangers defeated Clounmacon/Moyvane at home on Sunday afternoon in a win that secures a Semi Final berth in the Kerry LGFA Junior A Championship.

Rangers started brightly, but saw two great goal chances in the opening minutes swallowed up by the defence.  However, they continued to press forward as Fodhla Houlihan pointed twice but a goal against the run of play for the visitors saw Rangers go behind.  A Laura Leslie point levelled matters as the sides went to the first water break tied at 0-3 to 1-0.

From there, Laune Rangers dominated the remainder of the half.  Meadhbh Johnston scored a goal for the home side with an excellent finish while Fodhla Houlihan (2) and Sophia Doherty added points to give their side a six point lead at the break.  The defence were outstanding throughout the second quarter, as the visitors resorted to difficult shots that tailed wide.  Half Time Score:- Laune Rangers 1-6, Clounmacon/Moyvane 1-0.

The second half began with a point for Clounmacon/Moyvane, but Rangers soon found the net twice in as many minutes as Fodhla Houlihan and Meadhbh Johnston struck to extend the lead.  Another Rangers goal would soon follow – Ciara O’Brien with a super strike to the roof of the net.  Clounmacon/Moyvane pointed a free to leave the home side ahead by 4-6 to 1-2 at the water break and Rangers brought some fresh legs onto the field with a full complement of substitutes.

The away side scored three points (1 free) before Fodhla Houlihan pointed a free of her own, but Clounmacon/Moyvane struck for a second goal to give them a glimmer of hope.  However, Laune Rangers goalscoring exploits were not done.  Ciara O’Brien saw her shot drop under the crossbar for a goal to stem the tide, before Rangers were awarded a penalty as Meadhbh Johnston was pulled back in the square – the defender receiving a yellow card and trip to the sin bin.  Fodhla Houlihan made no mistake with the spot kick.  Johnston did manage to complete her hat-trick with a super goal, while Fodhla Houlihan scored a point to close out the game.  Full Time Score:- Laune Rangers 7-8, Clounmacon/Moyvane 2-5.

There were some excellent performances at both ends of the field, with Meadhbh Johnston and Fodhla Houlihan & Ciara O’Brien sharing 7-6 between them, but at the back Rangers were also excellent, and the performance of Lucy O’Donnell and Aoife Nash Freeman were particularly excellent in a defensive unit that all performed impressively.

Kerry LGFA Junior A table after Round 4