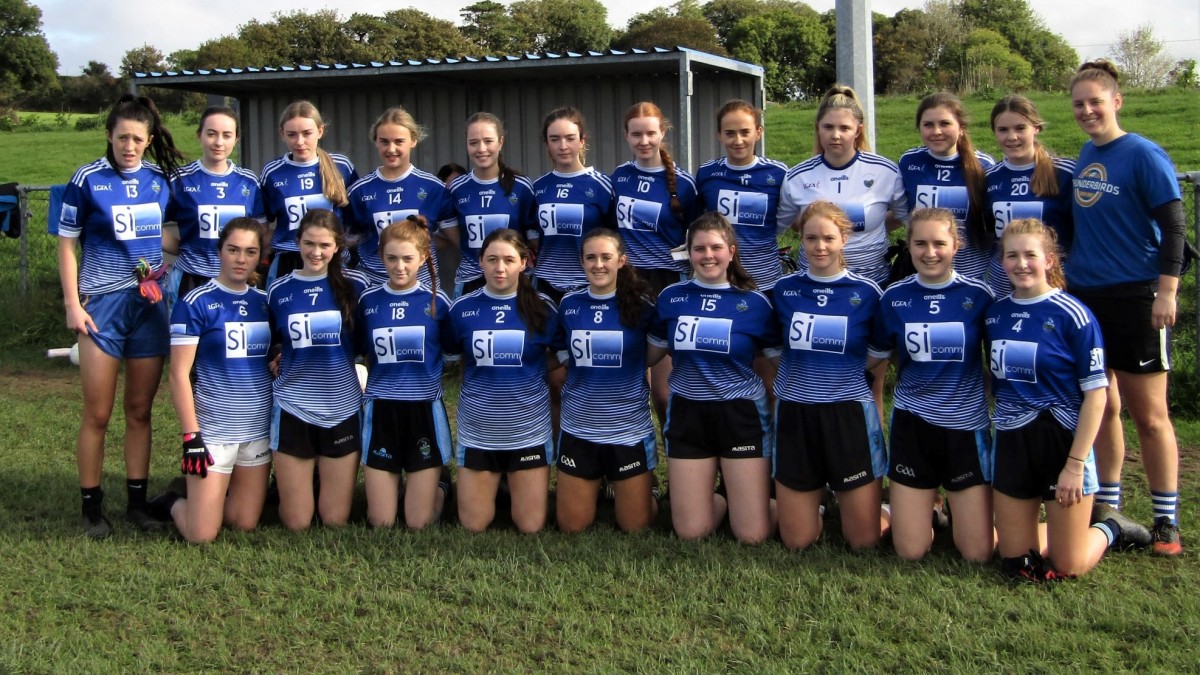 Laune Rangers Senior Ladies season came to an end on Sunday afternoon with defeat to Abbeydorney at home in JP O’Sullivan Park in the County Junior A Semi Final.

The game started quite brightly for Rangers, who led by 1-4 to 0-0 after 12 minutes with Nicole Moriarty finding the net and scoring a pointed free from long range with Fodhla Houlihan (free), Meadhbh Johnston and Laura Leslie also splitting the posts.  Abbeydorney found their way into the game and scored a goal before adding a point soon after.  Laura Leslie added a point for Rangers to see the home side leading by 1-5 to 1-1 at the first water break.

Fodhla Houlihan pointed again for Rangers but Abbeydorney now had all the momentum, and Maire McDonnell scored 1-1 in quick succession to leave just a point between the sides.  Fodhla Houlihan then rounded the goalkeeper only to see her shot stopped on the line by a retreating defender to stop a certain goal, while Abbeydorney pointed three times in the next two minutes to see the visitors go ahead by two.  Meadhbh Johnston did well to keep the ball in play before rounding the goalkeeper and finding the net for a second Rangers goal, but Abbeydorney pointed again to see the sides go in all square at the break.  Half Time Score:- Laune Rangers 2-6, Abbeydorney 2-6.

Abbeydorney came out a different team for the second half, as their experience showed to pull away from Laune Rangers.  A goal inside 60 seconds of the restart followed by a point soon after put them in the driving seat.  A pointed free by Nicole Moriarty gave temporary reprieve but a 4th Abbeydorney goal and a couple more points stretched the lead to 4-9 to 2-7 Abbeydorney at the second water break.  Fodhla Houlihan was also withdrawn at this point, which was a hammer blow to any prospective comeback hopes for Rangers.

Nicole Moriarty was unerring in her free-taking with two more in the final quarter, but Abbeydorney managed a fifth goal and another couple of points to add some decoration to the scoreboard.  Full Time Score:- Laune Rangers 2-9, Abbeydorney 5-11.

The defeat brings the season to an end for the young Senior Ladies team, who have taken huge strides in 2021 to progress.  The squad with an average age of less than 19.5 topped their group in the Donal Curtin Cup before being denied the opportunity to compete in the Semi Final as the team were not allowed to move their fixture a matter of days to ensure a team could be fielded.  The 23 player squad re-grouped and put in some fantastic performances to earn a home semi final of the Junior A Championship before meeting their match on Sunday afternoon.  Abbeydorney defeated Rangers for the third time this season – the only team to defeat the Killorglin girls who won the other eight games they played in 2022.  Laune Rangers will look forward to the 2022 season with great relish.