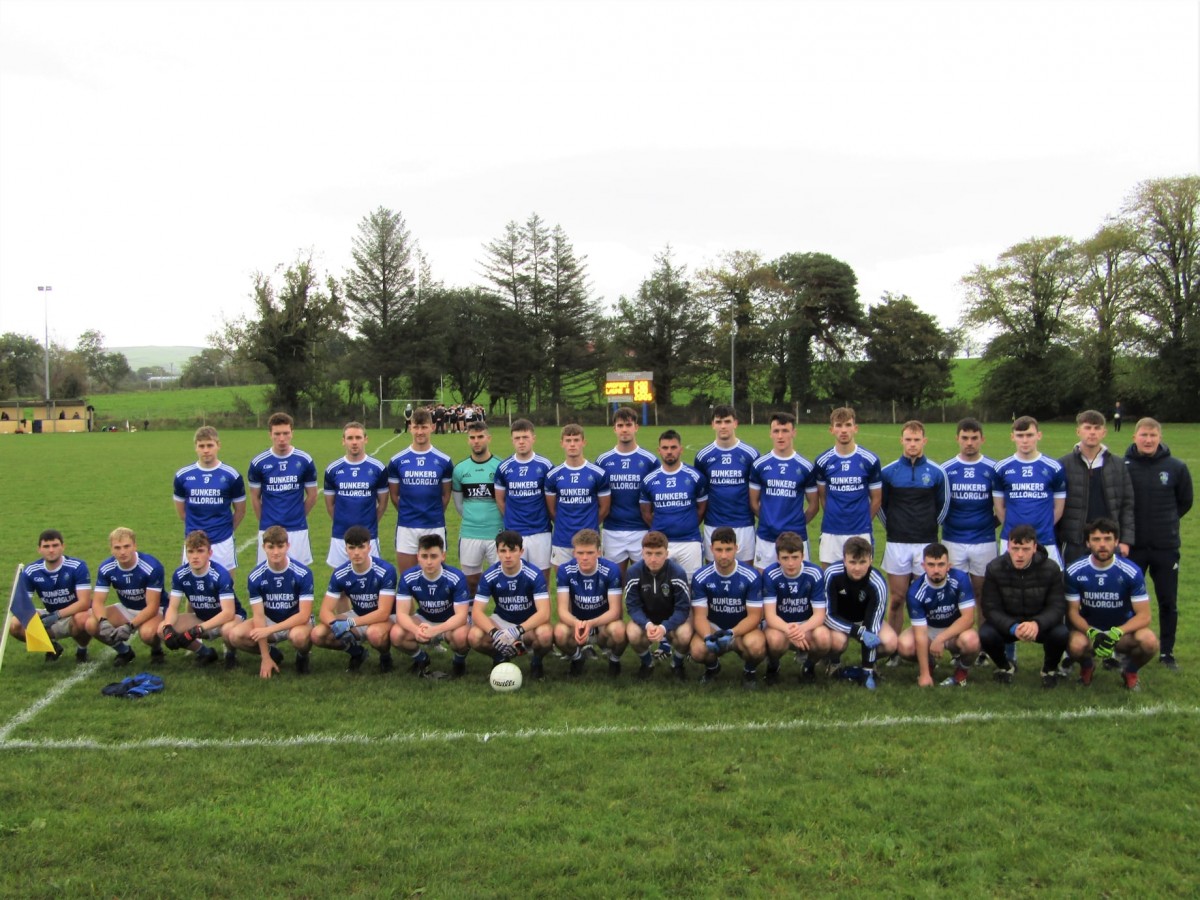 After a disappointing campaign, Laune Rangers secured their Intermediate status on Saturday afternoon with victory in a convincing performance against Ardfert in Ballymacelligott.

Finishing bottom of their respective groups in the Championship, Laune Rangers faced Ardfert in a relegation semi final, with Currow & John Mitchels also facing off in the other semi final.

Playing with the breeze at their backs in the first half, Ardfert were quick out of the traps as Daithí Griffin was first to a loose ball that had caused Jason Browne to rush off his line, and the Ardfert full forward chipped Browne to put his side a goal up after only two minutes.  Nathan O’Driscoll added a point but John Tyther and Fiachra Clifford pointed frees in response for Rangers.  Daithí Griffin restored the goal advantage for Ardfert but Rangers were creating chances.  Nicky O’Sullivan saved at point blank range from Jack O’Connor before Gearóid Hassett cleaned up the loose ball to slot a point.  Another save was made from a Dáire Cleary shot before Rangers did score their first goal – Jack O’Connor making up for his earlier miss to slot the ball to the net.  John Tyther pointed from a quickly taken Fiachra Clifford free to put Laune Rangers into a 1-4 to 1-2 lead at the first water break.

Laune Rangers had their second goal shortly after sos when Dáire Cleary put the finishing touch to a great team move.  Earnán Ferris pointed for Ardfert but Laune Rangers were now dominant, and points by Gearóid Hassett (3) and Fiachra Clifford saw their side leading by eight at the break.  Half Time Score:- Laune Rangers 2-8, Ardfert 1-3.

Laune Rangers got the ideal start to the second half as Gearóid Hassett kicked a point before Dáire Cleary scored his second – and his team’s third – goal to effectively end the contest, although Rangers lost their captain Kieran Crowley to injury shortly after the restart.  Gearóid Hassett maintained his fine shooting form by adding another point, but Ardfert pointed from Daithí Griffin and Rhys Doyle to stem the tide temporarily.  Shane Daly kicked an excellent point to leave Rangers ahead by 3-11 to 1-5 at the second water break.

Daithí Griffin pointed again for Ardfert, but Rangers continued to press on.  Jason Browne came upfield to split the posts with a 45, while Gearóid Hassett knocked over another point seconds later.  A 51st minute pointed free by Daithí Griffin – that brought his tally to 1-4 – was Ardfert’s final score of the game, as Rangers added points through Shane Daly, Dáire Cleary (free), Eoin Clifford, Gearóid Hassett (2) and Seán Cleary to bring the game to an end.  Rangers played the final five minutes or so with 14 men as Conor Murphy was withdrawn with injury after all 5 substitutes had been used, although it would make little difference to the outcome.  Full Time Score:- Laune Rangers 3-19, Ardfert 1-7.

Despite a slow start, the outcome of this game was pretty clear by early in the second half.  In a good all round display where all bar 0-4 of the 3-19 came from play, all six starting forwards got on the scoresheet.  Rangers finished with 13 U21s on the field with 22 year old Pa Carey and goalkeeper Jason Browne the exceptions.

There was a team full of excellent performances on the day.  Seán Cleary appears to be maturing with every game he plays, while his brother Dáire hit the net twice with excellent finishes and Eoin Clifford shone at half forward.  Gearóid Hassett was unplayable on the day and scored 0-9 from play with some outstanding scores among them.