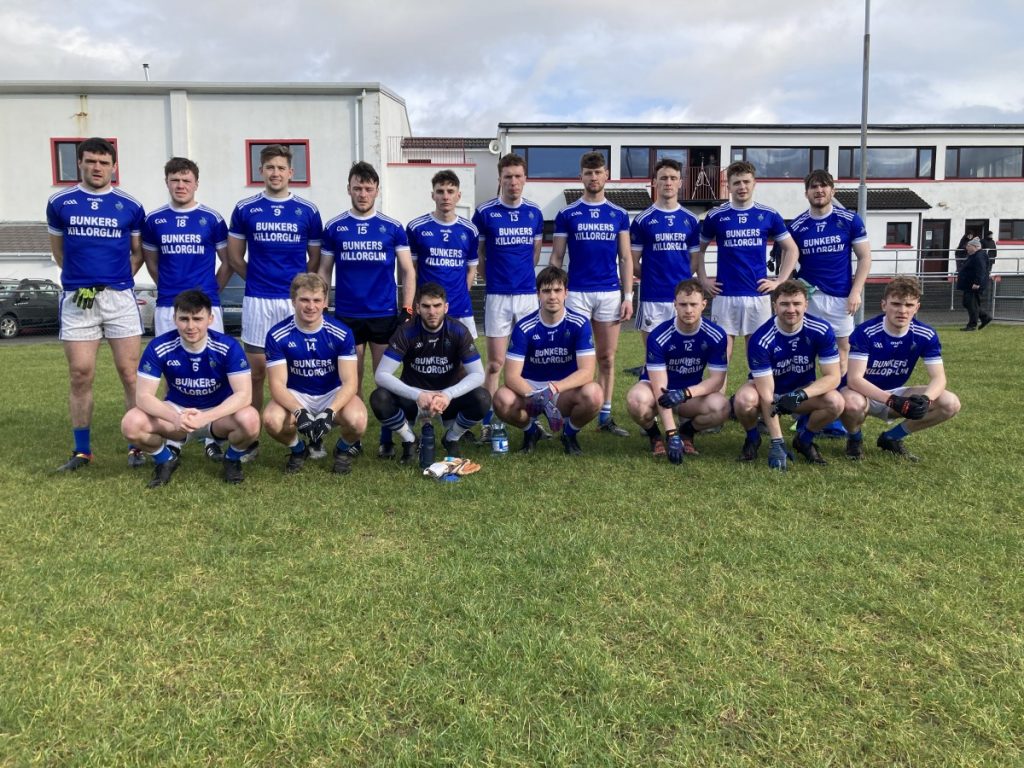 Laune Rangers A picked up their first win of the season on Sunday afternoon, with an away victory over Glenbeigh/Glencar in Round 2 of the Mid Kerry League.

Laune Rangers saw Jack O’Connor, John Tyther & Fiachra Clifford make their first appearance of the season, while Patrick Brennan lined out for the A team making his Senior debut in the process.  Rangers also welcomed Daniel Macbeth back to the fold after a few years away.

In low scoring early exchanges, Glenbeigh/Glencar took the lead with a point from Daniel Griffin & followed it up with a pointed free from Adrian O’Connor.  Laune Rangers got on the scoreboard in the 13th minute when Fiachra Clifford slotted a point, but Caolim Teahan restored the two point lead at the midway point in the first half with both sides having their share of wides in the first period.

Jack O’Connor and Tommy Quirke traded points before Rangers captured the lead with a goal – a sweeping move saw Fiachra Clifford find Roan Moriarty for a tap in from close range.  Dara Casey levelled matters with a pointed free for the hosts, before Fiachra Clifford split the posts with an excellent point from out wide.  A pointed free by John Tyther saw Rangers lead by two at the break.

Five minutes had passed in the second half before the umpire’s flags were troubled, but Roan Moriarty kicked a fine point to open the scoring in the period before Dara Casey cancelled it out with a pointed free.  Fiachra Clifford kicked another point – his third – before John Tyther added a free to see Rangers take a four point lead.  A well taken point by Jack O’Connor for Rangers was sandwiched between two Adrian O’Connor frees for the home side, leaving the visitors ahead by 1-8 to 0-8 with a quarter of the game to play.

John Tyther slotted his third pointed free to restore the four point cushion, but this would be Rangers’ last score as Glenbeigh/Glencar pushed on to get back into the game.  The Rangers defence looked like holding out for the duration, but a late goal as time expired left the away side sweating – Tommy Quirke knocking in a dropping ball in the small square.  However, the final whistle was blown to see Laune Rangers A take the win.

The B team return from their bye week next Sunday, hosting Glenbeigh/Glencar in Round 3.  Meanwhile the A team have their bye next week.