Two Laune Rangers senior teams faced off against each other on Saturday afternoon as Laune Rangers A took on Laune Rangers B in JP O’Sullivan Park in the Mid Kerry League.  With a host of players missing for both teams, it was the A team that proved the stronger on the day.

Early points by Ronan O’Shea and Patrick Daly (free) were followed by the first goal of the game through Ronan O’Shea, and a second goal scored by Jack O’Connor – aided by a fantastic defence splitting pass by Roan Moriarty – saw the As lead by 2-2 to 0-0 with fifteen minutes played.

Patrick Daly (free) and O’Connor brothers Jack & Mark each added points before Patrick Daly scored a third goal for the As, but the Bs got on the scoreboard before the break when, after a number of spurned chances, they split the posts with a pointed free through Cian O’Shea. 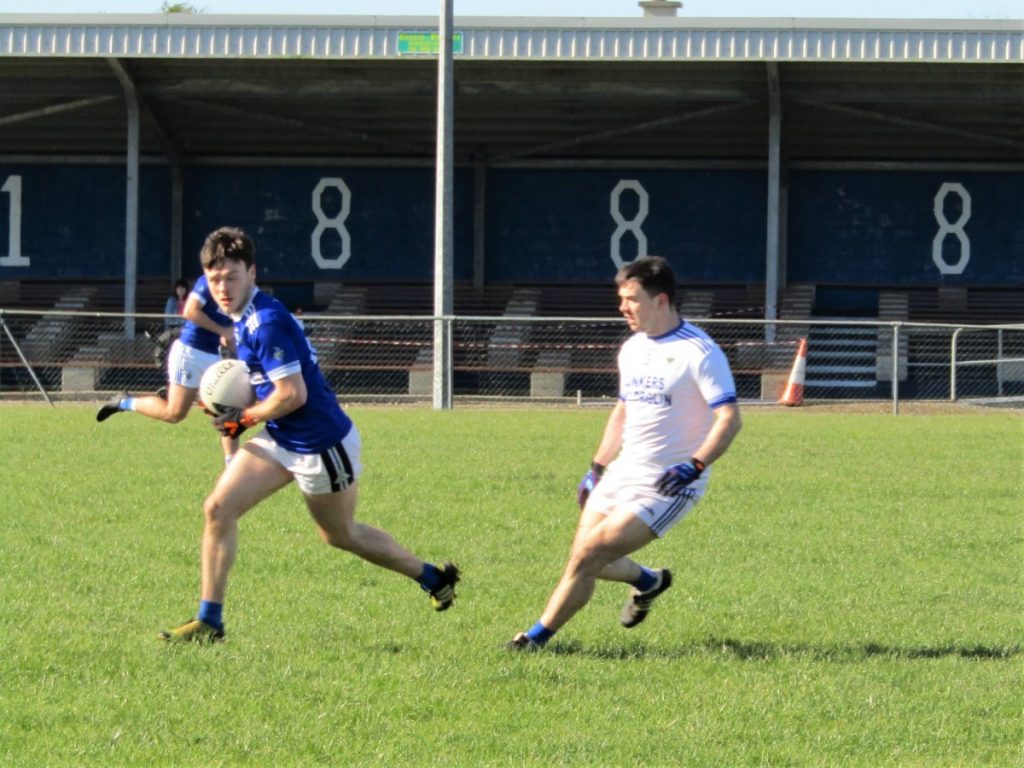 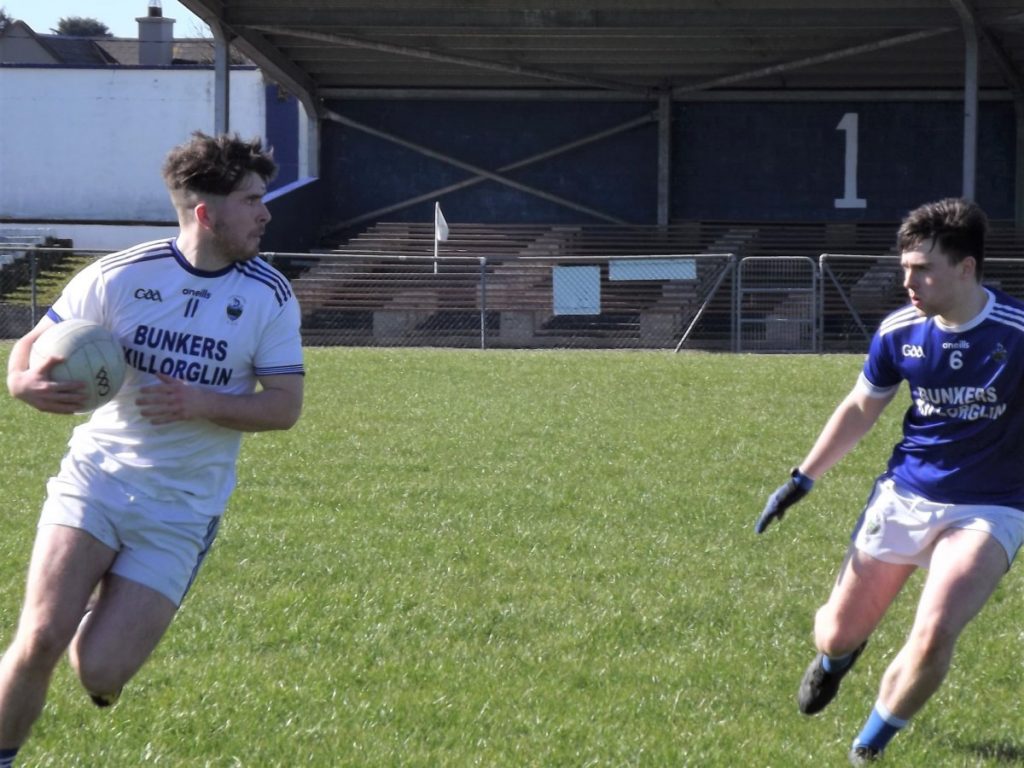 The A team added to their lead with excellent points by Darragh O’Grady and Roan Moriarty in the early stages of the second half, but the B team found their feet after that.  Colm O’Shea (2, 1 free) & Patrick Daly traded points to leave the A team leading by 3-9 to 0-3 with fifteen minutes of the game to play.

Cian O’Shea (free) and Gabriel Griffin added to the B team’s tally before the As scored their 4th goal – Roan Moriarty with a stunning finish to the top corner.  The Bs responded well & were awarded a penalty for touching the ball on the ground in the penalty area, and Johnny Carey came upfield to slot the spot kick to the net.  A late point by Roan Moriarty was the final score of the game. 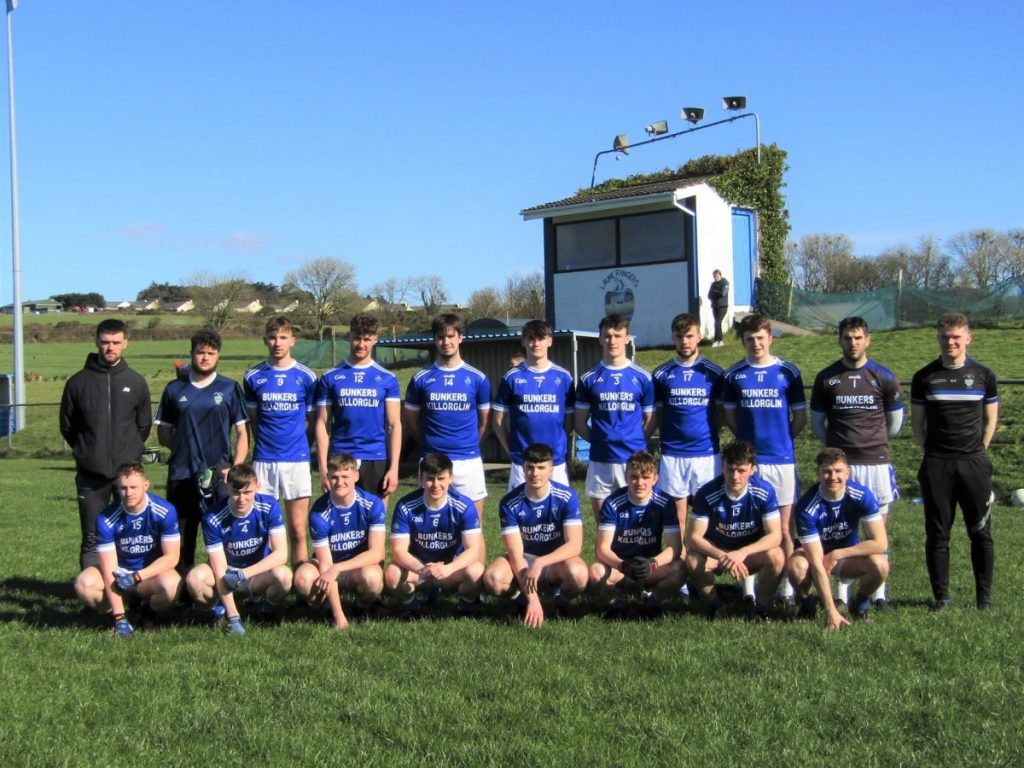 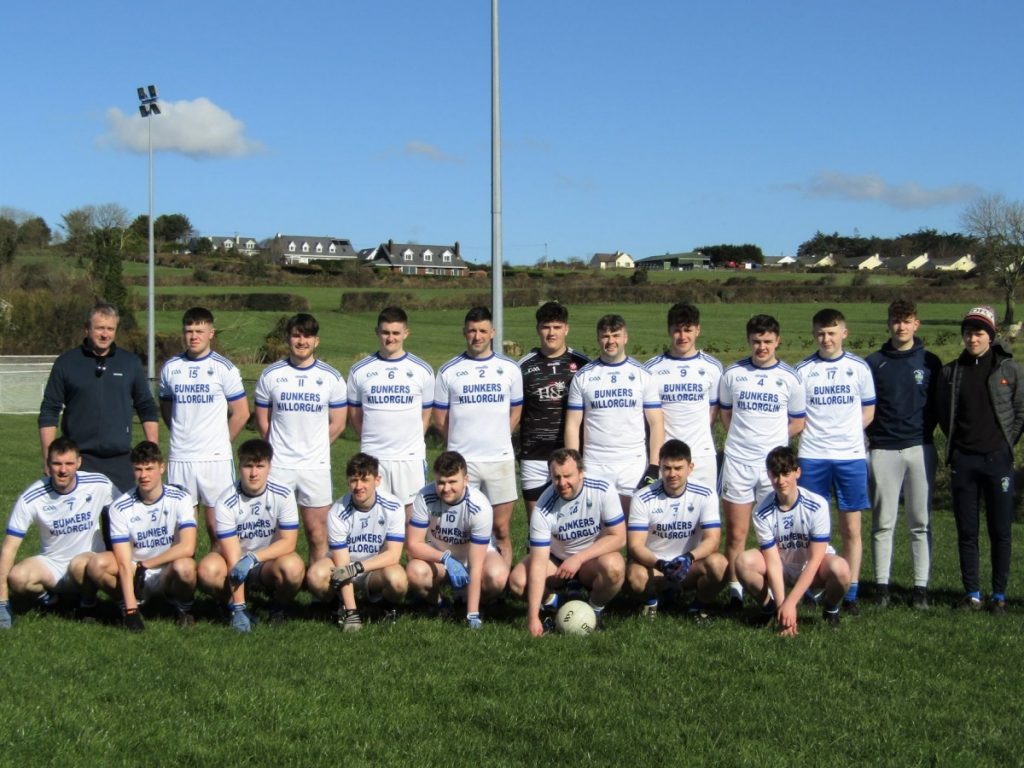