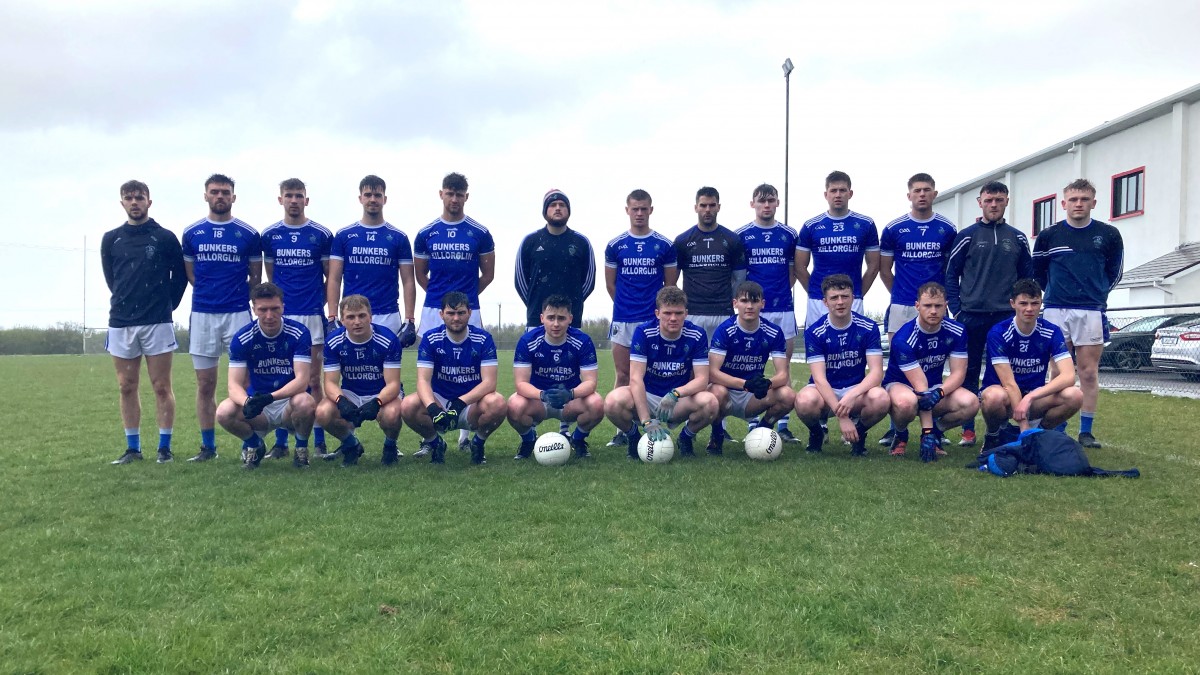 For a third successive game in the competition, a two point margin saw Laune Rangers fall to defeat in Division 2 of the County Senior Football League.  On this occasion, it was local rivals Glenbeigh/Glencar that won in Glenbeigh.  Both sides were without a number of starters on the day, but it was the home side that best adjusted to the difficult weather conditions that greeted the teams.  Before the game, a minute’s silence was observed for both Gerald McKenna of Ballyduff (President of Kerry GAA) and for former Laune Rangers player Teddy Mangan, whose grandson David lined out for his club on the day.

Tommy Cahill was Glenbeigh/Glencar’s main man, starting at midfield but moving into full forward early on, and he scored three points in the opening ten minutes.  John Tyther did slot two frees for Rangers in the period, but the home side increased their lead as Dara Casey hit the net for a goal.  John Tyther pointed another free to leave the Glenbeigh/Glencar leading by 1-3 to 0-3 with fifteen minutes played.

Eoin Clifford scored an excellent point from long range on the right flank, but a Tommy Cahill free soon cancelled it out.  Laune Rangers got themselves back in the game as a quick move downfield found Roan Moriarty who nestled the ball into the back of the net for an excellent goal.  A pointed free by Fiachra Clifford and an excellent point by Shane Daly – from a similar position to Eoin Clifford’s earlier score – to leave Rangers leading by two points at the break.

The wind that had favoured Laune Rangers for a short while in the first half before changing direction got firmly behind the home team early in the second half, as the rain also picked up to make playing conditions difficult.  Glenbeigh/Glencar made full use of the breeze as they scored excellent points through Daniel Griffin (2) and Tommy Cahill (free) to retake the lead.  Fiachra Clifford scored a great point from an acute angle to temporarily level matters but Tommy Cahill pointed to regain a lead that they would no longer relinquish, as Glenbeigh took a 1-8 to 1-7 lead into the final quarter.

Laune Rangers were camped in the Glenbeigh half for the majority of the second half, but they could not convert this possession to scores.  Daniel Griffin added another well taken point to extend the lead and, after Darragh O’Grady had slotted a point to halve the gap, Aodhán Roche restored the two point cushion.  Laune Rangers continued to push but Glenbeigh/Glencar held on to take an important win.