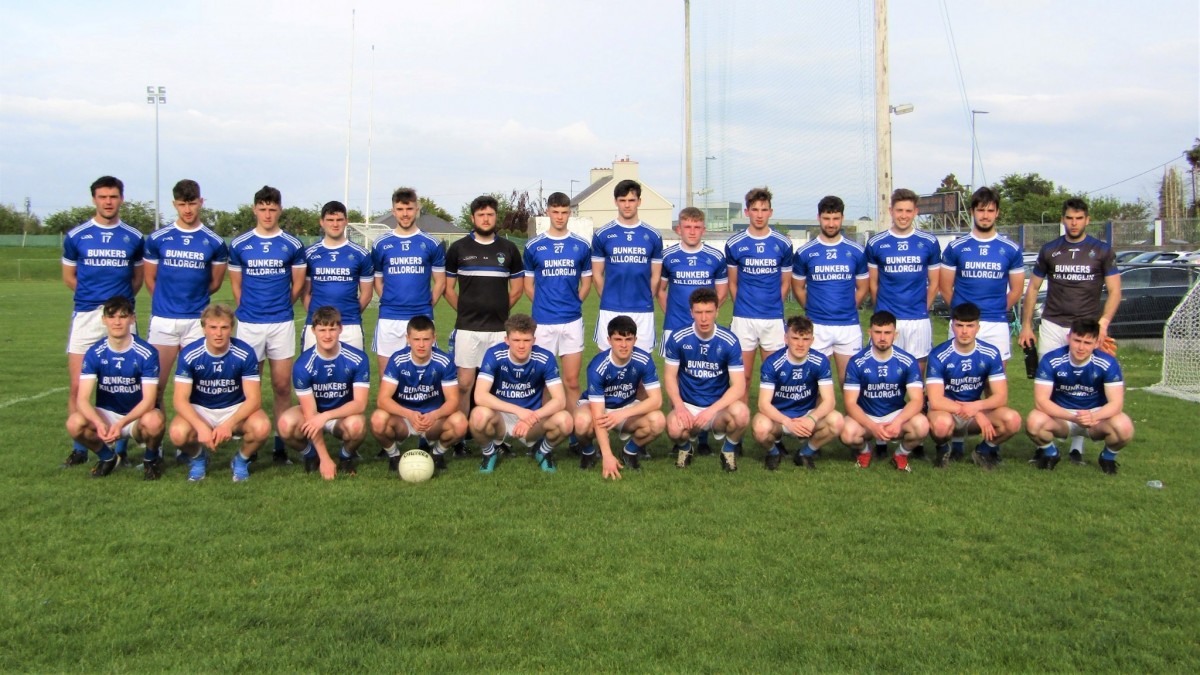 Two of Kerry’s most decorated and historic clubs – Laune Rangers and John Mitchels – met in JP O’Sullivan Park on Saturday evening in Round 6 of Division 2 of the County Senior Football League, and it was the home side who came out on top after a hugely exciting game.

Although they were missing David Mangan for the game, Laune Rangers welcomed back two key players in Gearóid Hassett & Seán Cleary to the team.  Calum Moriarty also came into the team for his first Senior start.

There was little between the sides in the early exchanges, with pointed frees being traded between Mikey Kelliher and John Tyther.  Alan O’Donoghue (free) and Shane O’Connor put the Tralee side ahead before Gearóid Hassett (mark), John Tyther and Fiachra Clifford left Rangers leading by 0-3 to 0-2 with fifteen minutes played.

The lead changed hands a few more times in the second quarter as a super point by Rangers captain Eoin Clifford put Rangers two ahead, before Mikey Kelliher (free), Shane O’Connor and Conor Hurley (mark) pointed to give Mitchels the lead again.  Pointed frees by Fiachra Clifford and John Tyther were followed by a long range free by Mitchels goalkeeper Seán Broderick to level matters at 0-7 a piece, before a strong end to the half by Laune Rangers saw Fiachra Clifford, John Tyther and Jack O’Connor score excellent points in quick succession to give the home side the lead by three at the break.

Laune Rangers started the second half in strong fashion, with Jack O’Connor pointing again from long range before the first goal of the game was scored – Stephen Sealy smashing the ball to the net past Broderick and two defenders.  John Tyther added a free to leave Rangers leading by eight points, but the game was far from decided.  John Mitchels began to chip away at the deficit and added three points through Alan O’Donnoghue (2 frees) to see Laune Rangers lead by 1-12 to 0-10 with fifteen minutes to play.

There would be no score for a long period of the final quarter.  A 50th minute black card to Patrick Carey put Rangers down to 14 men for a lot of the remaining period.  Mikey Kelliher pointed for the visitors before Jack O’Connor punched over his third point of the game to end a scoreless period for Rangers.  Ryan Diggin was pulled down after a fantastic run up field to take the pressure of the defence and John Tyther made no mistake with the free.  Eoin Clifford scored an excellent long range point to put six between the sides and it was a cushion that was much needed, as John Mitchels scored a 64th minute goal to trail by a single score.  Play went on for a further five minutes as John Mitchels pressed, but the Laune Rangers defence had the answer for all questions asked of them to hold out for a much welcomed league win. 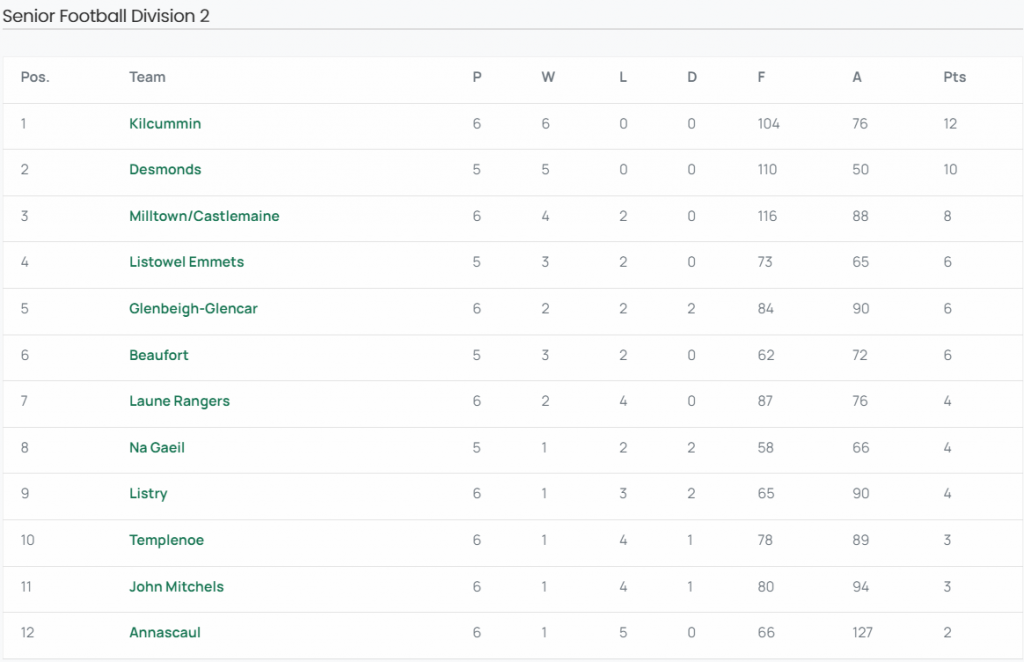