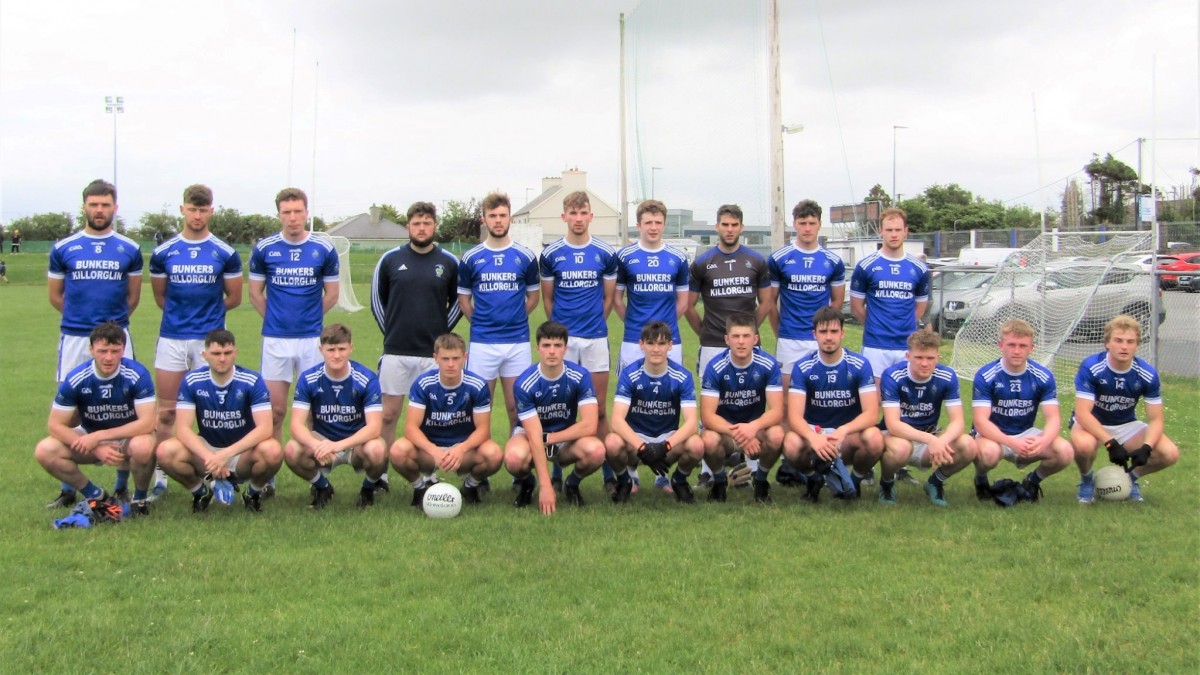 Laune Rangers were without the services of Eoin O’Sullivan and Gearóid Hassett for the game, but welcomed back Jack O’Connor who missed the previous game as well as Seán Arthurs who was making his first start of the County League campaign.

It was a game that Laune Rangers led from the first minute to last, as Matthew Leslie opened the scoring with a point with 30 seconds on the clock.  Stephen Sealy, Fiachra Clifford, Darragh O’Grady & Seán Cleary all added points from play in the early stages before Emmets captain Davy Keane registered his side’s first score with a pointed free.  Emmets were forced into a change between the posts in the early stages also, as Conor Beasley came on to replace the injured Tom Harte.  Davy Keane added another from play before it was cancelled out by Darragh O’Grady at the other end to leave Laune Rangers leading by 0-6 to 0-2 with fifteen minutes played.

Laune Rangers extended their lead with a brace of points by Fiachra Clifford before Listowel got back into the game with a goal against the run of play – Lorcan Moloney chasing down a loose ball that appeared to carry in the breeze before slotting a soccer-style shot past Jason Browne.  Fiachra Clifford and Davy Keane traded pointed frees before Rangers came close to hitting the net for a goal of their own – Rangers turning over a kickout before John Tyther’s effort at chipping Emmets sub goalkeeper Conor Beasley bounced out from the upright to a grateful defender.  Davy Keane pointed for Emmets with the last kick of the half to leave Rangers leading by two points at the break.

Goalscorer Lorcan Moloney halved the deficit with a point for Emmets, but Laune Rangers upped their game again.  Points from Darragh O’Grady, John Tyther (free) and Jack O’Connor put the home side four ahead.  A point by Davy Keane was nullified by one at the other end by John Tyther, before consecutive turnovers from a sideline ball and kickout saw points scored by Bryan Sweeney.  Laune Rangers were doing most of the attacking by now though, and continued to force the defence into fouls – John Tyther pointing one to leave Rangers ahead by 0-14 to 1-8 with fifteen minutes to play.

Bryan Sweeney pointed one back for Emmets in the 46th minute, but this would prove to be the visitors’ final score.  Two pointed frees by Fiachra Clifford were book-ended by excellent points from play by John Tyther, while a foul by Ciarán Pierse on Fiachra Clifford denied a near certain goal and the defender received his marching orders with a black card.  Clifford pointed the resulting free, and a Darragh O’Grady point from play – his fourth – was the final score of the game. 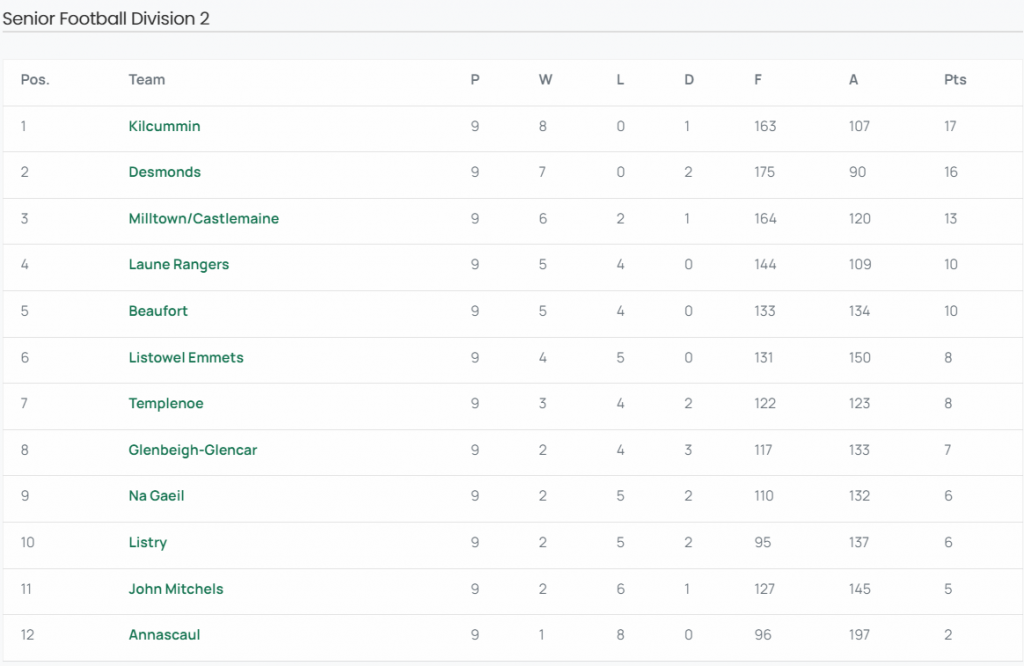