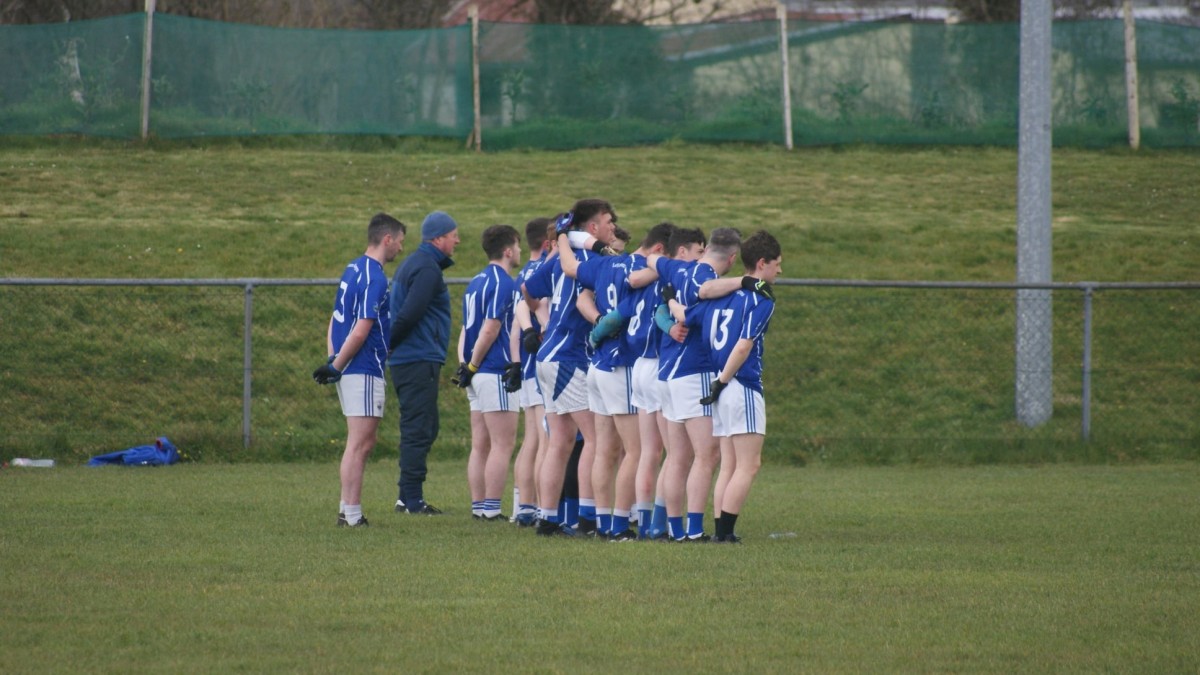 Round 3 of this year’s County SFL saw Laune Rangers B host Ballyduff in the J.P. O’Sullivan Park, Killorglin on a cold and dreary Sunday afternoon. Ballyduff used the wind advantage very well in the opening half, going in 7 points up at the short whistle. This, as well as goals in both halves, ensured the visitors were victorious, taking the points with them on the journey back to Ballyduff.

Ballyduff started the game the brighter with a point inside the opening minute of the game, a pointed free from Michael Slattery. Slattery was on hand to add another free in the 4th minute.

In the 11th minute, Ballyduff showed some good link-up play between Adam Segal and the afore mentioned Slattery before finding David Goulding. Goulding sent a kick towards goal that began to drop but was punched over the bar for a point by Adam Carey in the Laune Rangers’ goal. This left the visitors 3 points to the good with 11 minutes of the opening half played.

Laune Rangers got off the mark in the 13th minute with a Gavin O’Shea effort from a mark.

The first goal of the game came mid-way through the half. A poor kickout from the home-side was punished by a waiting Michael Slattery. Slattery had an easy tap-in effort to let the score 1-03 to 0-01 in the visitor’s favour with 15 minutes played.

Both of the number 15’s got their names on the scoresheet in the minutes that followed with Mark Clifford pointing for Laune Rangers in the 17th minute and Thomas O’Connor adding the Ballyduff’s tally in the 18th minute.

A Cian O’Shea effort for Laune Rangers and a pointed free from Slattery for Ballyduff saw the score stand at 1-05 to 0-03 in Ballyduff’s favour going in to the closing minutes of the half. Ballyduff’s goalkeeper added to their tally with a pointed 45’ before a final point from Kieran O’Carroll saw Ballyduff lead 1-07 to 0-03 at half-time.

It was again Ballyduff who started the second half the brighter with an opening point from Slattery inside the opening minute. Ballyduff were then dealt a blow in the 9th minute when goalkeeper Kevin O’Connor, who had spent a lot of the game roaming outfield, was shown a red card by referee Johnny O’Shea. Ballyduff’s Kieran O’Carroll answered in style, however, when he ran the length of the side-line and made his way goal bound. O’Carroll made no mistake and rattled the back of the Laune Rangers’ net to let the score 2-08 to 0-03 with 11 minutes of the second half played.

Laune Rangers began to use the wind and hit a bit of a purple patch in the final twenty minutes. With points from Mark Clifford (15th, 22nd, 26th mins) and a pointed 45’ from Gabriel Griffin (21st minute) saw the game stand at 2-08 to 0-07 in favour of the visitors going in to the closing minutes of the game.

When Mikey O’Donnell was fouled in the 30th minute, Gabriel Griffin pointed the resulting free to let the goals between the sides going in to added time.

Ballyduff’s final score of the game, a pointed free from Slattery, brought his personal tally to 1-05 for the afternoon in the 31st minute.

In the 32nd minute, Mikey O’Donnell saw his shot at goal saved but Mark Clifford was on hand to slot the rebound into the Ballyduff net to narrow Ballyduff’s lead some more, 2-09 to 1-08. All eyes were now on the referee to see how much injury time he would play.

Cian O’Shea was fouled for the home-side shortly after and the referee awarded a free. Ballyduff lined the goals, giving Rangers’ no chance of adding a second goal. O’Shea took the kick himself and sent his shot over the white spot, with the referee blowing the final whistle soon after.