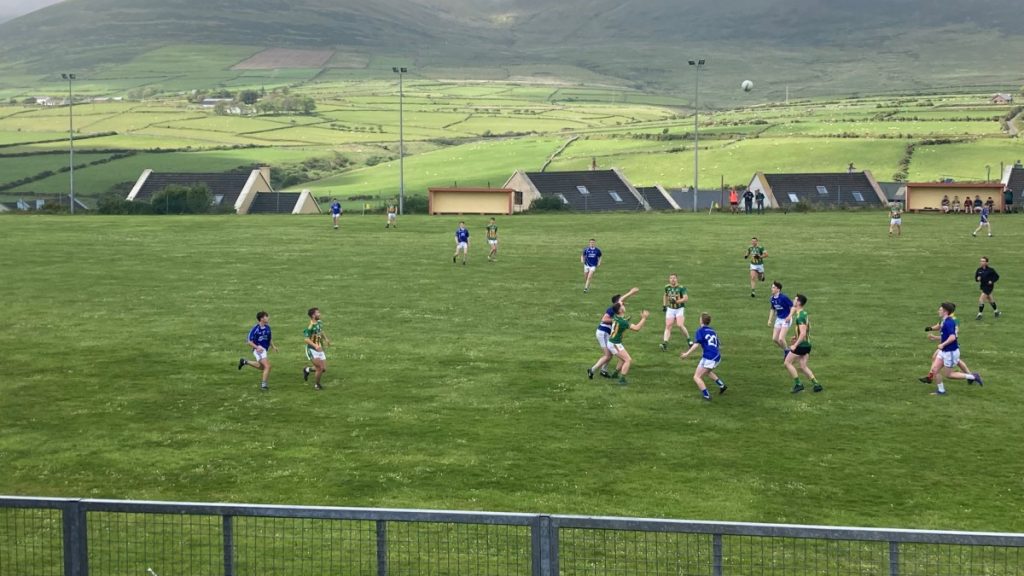 Laune Rangers B team were defeated away from home by Lispole in Round 7 of the County League Division 5 on Sunday afternoon.

The visitors got off to a great start, with Gavin O’Shea opening the scoring with a point in the first minute.  Lispole levelled before Cian O’Shea spilt the posts to put Rangers ahead again.  Two further Lispole points were answered by a Mikey O’Donnell point for Rangers to level matters again, but the home team took control for the remainder of the half.  A pointed 45 was followed by a goal for Lispole as Adam Carey finally saw the ball pass him into the top corner after he made a string of great saves in the first quarter.  Another point for the hosts saw Lispole leading by 1-5 to 0-3 with fifteen minutes played.

Laune Rangers B struggled to put a collection of passes together as the cross breeze picked up in the second quarter.  Lispole added three points in quick succession before scoring their second goal.  The home side pointed once more, but Rangers did manage to add two points before the break – Ronan O’Shea and Eamonn Carey with the scores.

Marc Clifford opened the second half with an excellent long range point and Patrick Daly followed it with a well taken point of his own, although they were soon cancelled out by a brace of points for the home side.  Lispole added two further pointed frees to lead by 2-13 to 0-7 with fifteen minutes to play, as Laune Rangers introduced Ciarán O’Sullivan off the bench, for his first appearance in the adult age grades having suffered a season ending cruciate ligament injury 13 months ago.

Patrick Daly pointed two difficult frees while substitute Morgan O’Sullivan added another point from a difficult angle to reduce the gap slightly.  Gavin O’Shea pointed another before Rangers were given a glimmer of light as Mikey O’Sullivan was chopped down in the square for a penalty, which was dispatched with ease by Johnny Carey to leave five points between the sides.  Mikey O’Donnell added another point to nullify one at the other end for Lispole – O’Donnell’s point going agonisingly close to hitting the net after the forward had done excellently to beat his man.

Laune Rangers introduced Mike Frank Russell for the latter stages, and he spilt the posts from long range with his first touch.  Lispole stemmed the rising tide by scoring two points to secure their victory, as Patrick Daly pointed a free with what turned out to be the final kick of the game.