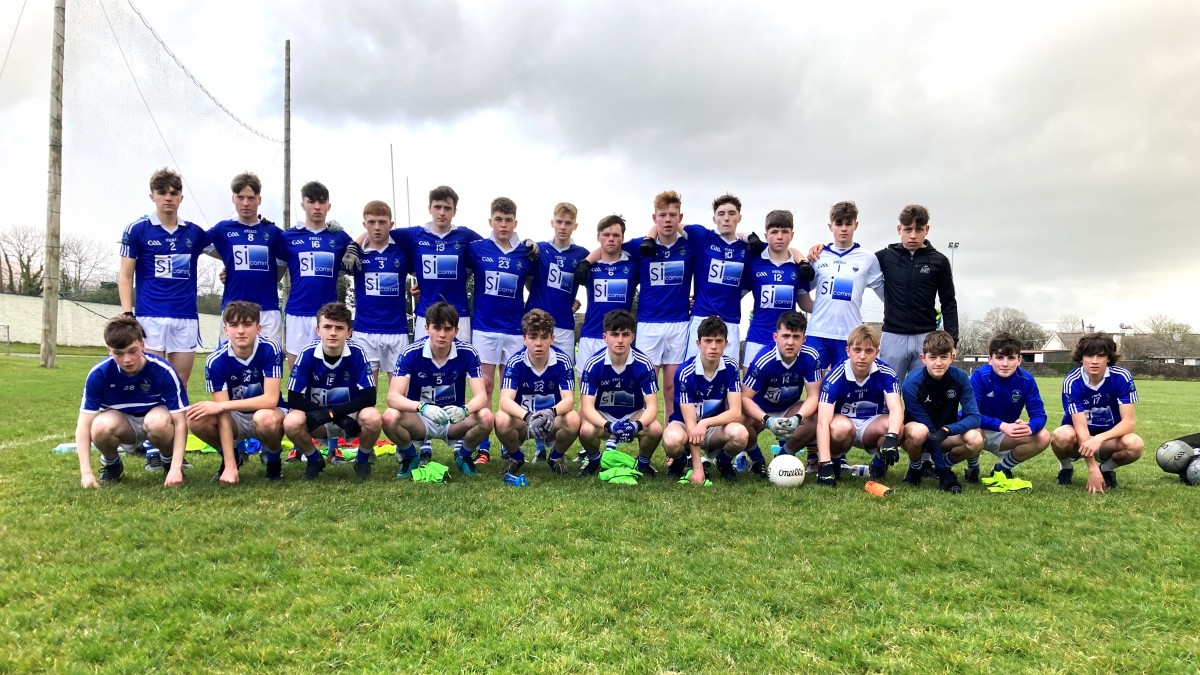 A last kick of the game equalizing point provided a fitting conclusion to Laune Rangers’ final County Minor Division 1 league phase game versus Keel/Listry in Keel on Monday evening, as a draw was the fair result after a hugely exciting tussle.

Already assured of 1st place and a home Semi Final, Laune Rangers made some changes to their team, and were first to bother the scoreboard operator as Darragh Clifford pointed a free.  Keel/Listry replied with a pointed free of their own and took the lead from play a minute later.  Logan Foley pointed for Rangers to see the scores level at 0-2 a piece with fifteen minutes played.

Playing with the breeze in the first half, Keel/Listry nudged ahead with another point, but in general were wasteful with their shooting and hit a number of wides in the second quarter.  John Burke scored an excellent point from distance to temporarily level matters, but the home side did put two shots between the sticks to take a lead into the break.

A pointed free gave Keel/Listry a double-scores lead in the early stages of the second half, but Darragh Clifford rose his team & their supporters with an excellent score to cancel it out.  Points were traded between the hosts and their visitors (through another super John Burke point), before frees were exchanged between the sides also – Darragh Clifford making no mistake for Rangers.  John Burke also added a pointed free, as the introduction of Stevie Gannon to the Rangers attack gave them fresh impetus with the substitute winning both frees for his teammates to convert.  With fifteen minutes to play, Keel/Listry led by 0-8 to 0-7.

Niall O’Brien pointed a free to level matters, which was just reward for an honest and industrious effort first at centre forward and by now, midfield.  The substitute introduced on the 40’, Rian O’Sullivan, gave Rangers the lead with a point after a well worked team move, but Keel/Listry soon reversed this with two pointed frees.  The pendulum swung back in favour of Rangers as Stevie Gannon levelled and Darragh Clifford pointed a free, before it amazingly swung back in favour of the home side with two pointed frees.  There was still time for another highlight, and it was the score of the game as Laune Rangers worked the ball out of defence and around to Darragh Clifford who split the posts from long range with what proved to be the last kick of the game.

With all their games played, Laune Rangers now wait on the results some remaining games to find out who they play in the County Division 1 Semi Final.