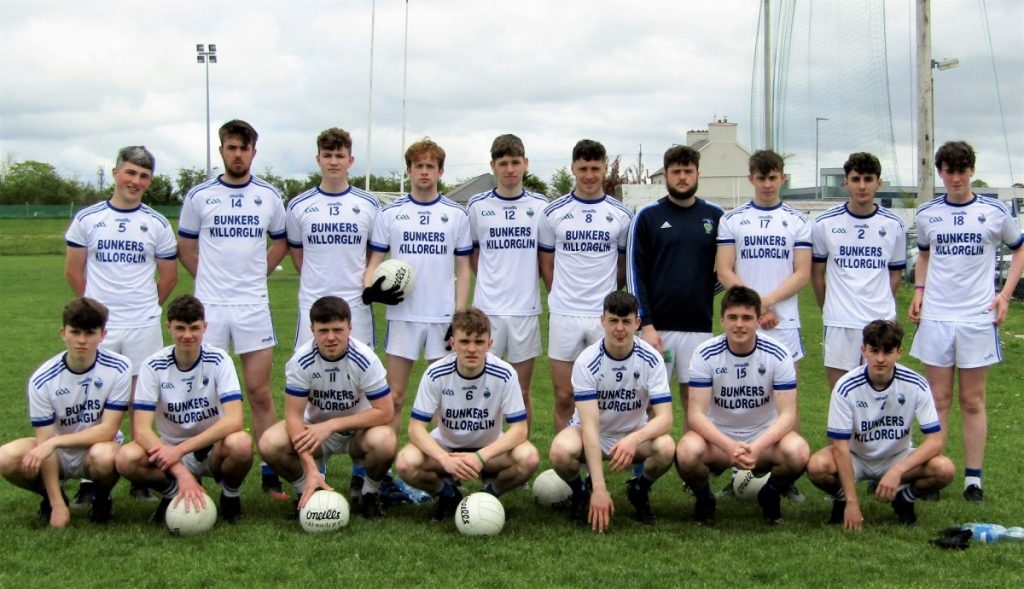 Laune Rangers won their third game in Division 1 of the County Developmental League with victory over Kerins O’Rahillys in JP O’Sullivan Park on Sunday afternoon.

Despite conceding a goal and point in the opening three minutes, Laune Rangers put on a fantastic display of first half scoring as the fielded a starting team made up fully of Under 19 players.

After the above mentioned slow start, Cillian Buckley opened the account for Rangers with a point before Marc Clifford added another.  A pointed free for Rahilly’s was met by points by Jack Healy, Callum Russell and Marc Clifford for the home side.  Another pointed free for Kerins O’Rahillys lead by 1-3 to 0-5 with fifteen minutes played.

It was in the second quarter the Laune Rangers pushed ahead, as the defence held the Strand Road side scoreless for the rest of the half, while the attack was unerring – Callum Russell (5, 3 frees), Marc Clifford (2), Tom Whittleton and Jack Healy all scored excellent points as Rangers took an eight point lead into the break.

Kerins O’Rahillys pointed a free in the opening minute of the second half, but Laune Rangers extended their lead as Callum Russell pointed side of a well taken goal by the full forward.  Kerins O’Rahillys replied with a goal of their own but Rangers substitute Eoghan Joy pointed twice in quick succession at the other end to leave the home side leading by 1-18 to 2-4 with fifteen minutes remaining.

The visitors scored a third goal, but this would be their final score of the game.  Corner back Daniel Evans came upfield to score an excellent point and it was soon followed by Calum Moriarty and Callum Russell (free) scores – the latter bringing Russell’s tally to 1-9.  James Treacy scored a well deserved point for his efforts at centre back and Jack Healy scored the final score with the game’s last kick.