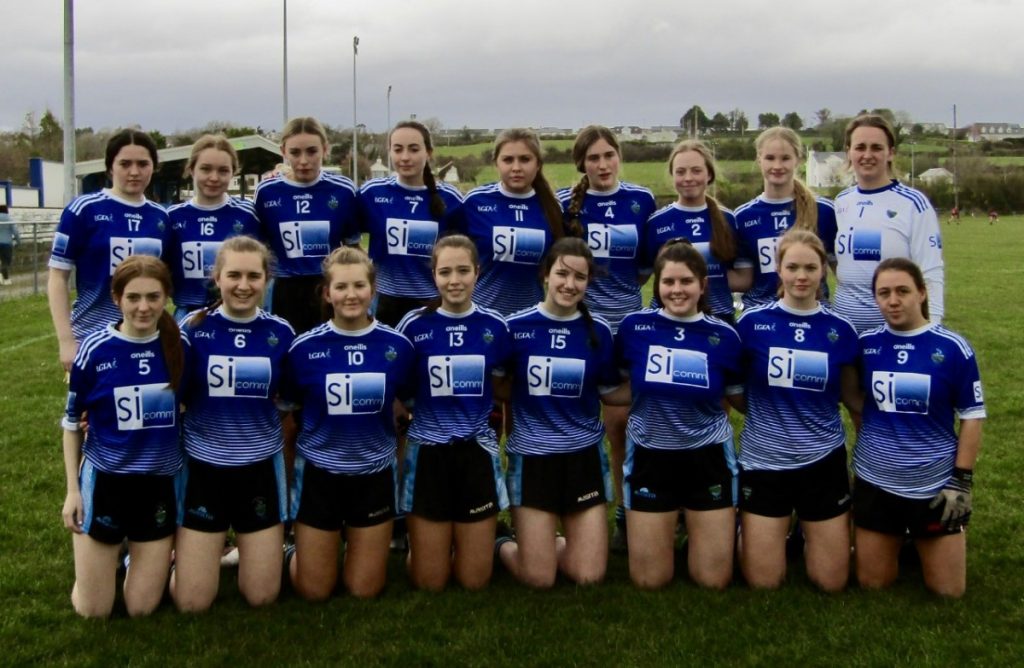 After a titanic effort, a depleted Laune Rangers Senior Ladies team fell short at home to Fossa on Sunday morning.  Already without the ineligible County quartet, a further half a dozen players were unavailable to the team but this allowed an opportunity for some of the younger players like Amy Kelly and Áine Nash Freeman who made their first Senior starts.

A Sara Leslie point was sandwiched between two points by the visitors in the early stages before Laune Rangers’ skipper Lucy O’Donnell ended a super solo run with a top-corner finish.  A second goal was almost added a couple of minutes later, but Sophia Doherty’s long range shot bounced back off the crossbar and within a minute, the ball was in the net at the other end for a Fossa goal to give the away side a 1-2 to 1-1 lead at the first water break.

The visitors added a point to take a two point lead, but Rangers added points through Andrea Nolan (2 frees), Sara Leslie & Áine Nash Freeman to reverse the scoreline.  Fossa would add two further points before the break but between them, a second goal was scored by Rangers – Sophia Doherty making up for her earlier close call by finding the net.

Right on the short whistle, Sara Leslie suffered an injury that would end her game so Niamh Moriarty was introduced for the second half and her Senior debut.  Andrea Nolan pointed a free for Rangers before Fossa replied with a goal to leave the minimum between the sides, but Rangers would pick up another injury – this time Kayleigh McGlashan forced off.

With an increasing breeze at the backs of Fossa, and now all of Laune Rangers cards dealt in terms of substitutions, the away side eventually pulled away from Rangers and added an unanswered 2-4 to pick up the victory.

The final standings certainly did no justice to a spirited Laune Rangers who battled to the end.  Corner backs Laura Patton and Amy Kelly – both making only their second appearance at Senior level – were excellent, as was Sophia Doherty at the base of the attack in centre forward.