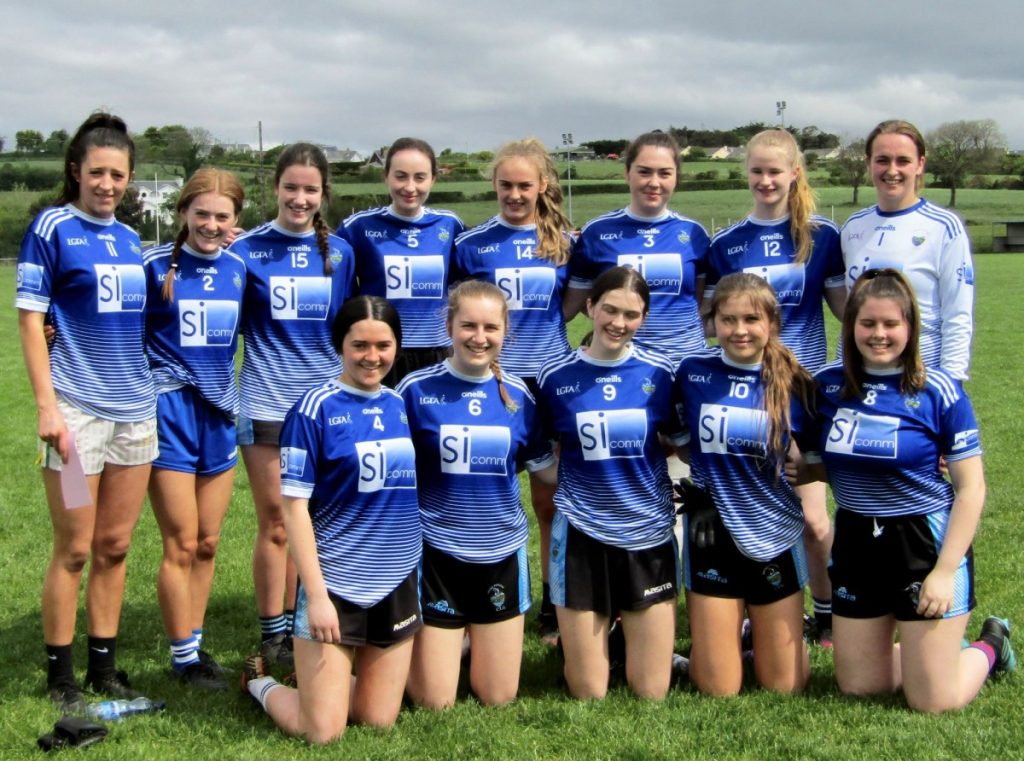 Laune Rangers Senior Ladies picked up their first win of the season on Sunday afternoon as they defeated Annascaul/Castlegregory in Round 4 of the Donal Curtin Cup at JP O’Sullivan Park.

The game was played at 13 a side due to a number of absentees for Rangers – mainly through injury – but they did welcome back Fodhla Houlihan into the fold and she was first to register a score with a pointed free.  Annascaul/Castlegregory slotted three points in succession, but Laune Rangers responded well – Fodhla Houlihan adding brace of frees to level the game before she scored her first goal of the game in the 9th minute.  The visitors levelled matters with their first goal before regaining the lead with a point, but Sara Leslie scored two excellent points to wrestle the lead back for Rangers in time for the first water break.

The sides were level after Annascaul/Castlegregory scored points either side of a pointed free by Nicole Moriarty, but Laune Rangers took the lead again as Fodhla Houlihan struck a great finish to the net for her and Rangers’ second goal.  Nicole Moriarty saw a well taken point cancelled out by one at the other end as Rangers led by a goal at the break, although they could have led by more but for a number of wides kicked.

It didn’t take long for the visitors to restore parity as they scored a goal in the opening minute of the second half.  For there, though, Laune Rangers took control of the tie, scoring five points in succession through Sophia Doherty, Fodhla Houlihan, Sara Leslie & Nicole Moriarty (2).  A pointed free by the visitors saw Laune Rangers leading by 2-12 to 2-8 at the second water break.

Annascaul/Castlegregory added a point to their tally, but it was sandwiched between four successful attempts by Nicole Moriarty (3 frees) increasing the home side’s lead to seven.  However, an injury to Rachael Evans saw Laune Rangers reduced to 12 players, and the visitors used their extra player to great success.  They added a point before forcing a great save by Sarah O’Connor in the Rangers goal.  They did score a second goal as the game entered injury time, and a final shot at goal snuck over the bar for a point as Laune Rangers claimed the victory.