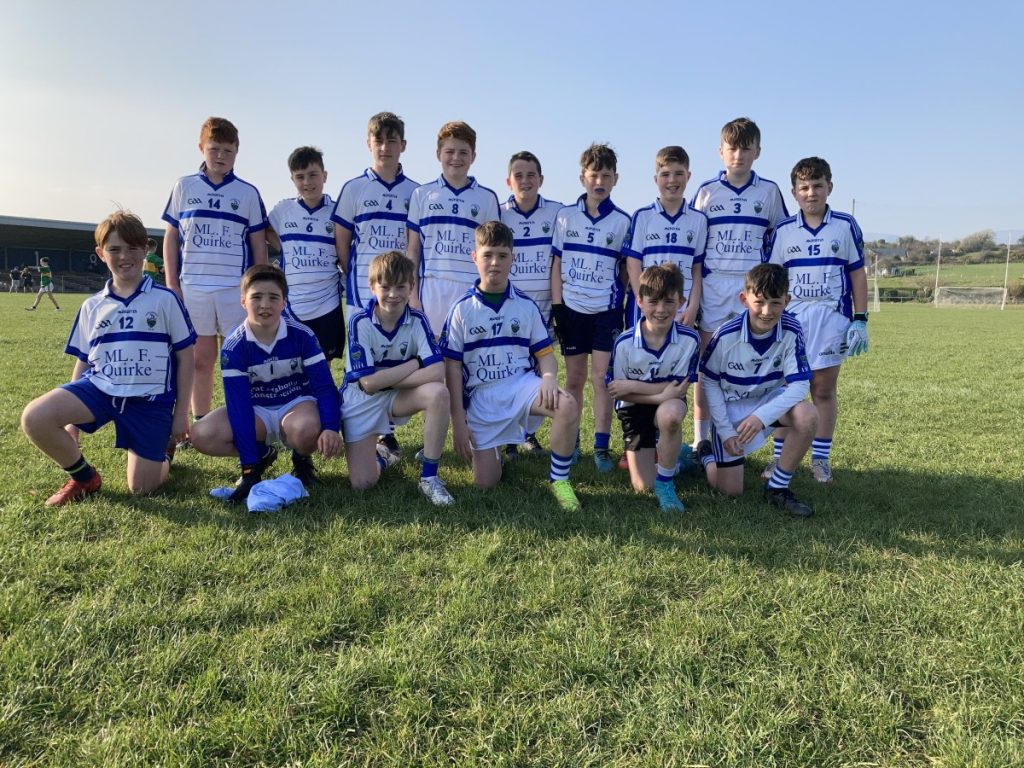 A goal in the first minute gave the visiting John Mitchels side a great start but Rangers settled, and goals by Oisín Clifford (2) and Tommy Foley as well as points by Tommy Foley (2) and Liam O’Shea (2) had Laune Rangers leading by 3-4 to 1-6 at the break.

Mitchels started the second half like they did the first, and scored 1-2 unanswered to take the lead, but points by O’Shea brothers Peter (3) and Liam saw the home side ahead by the three with a quarter of the game to go.  John Mitchels slotted three successive points to level the game, but a Peter O’Shea goal restored the three point advantage.  The visitors added two points but a late one by Peter O’Shea made sure of the win.  Full Time Score:- Laune Rangers White 4-9, John Mitchels 2-13.