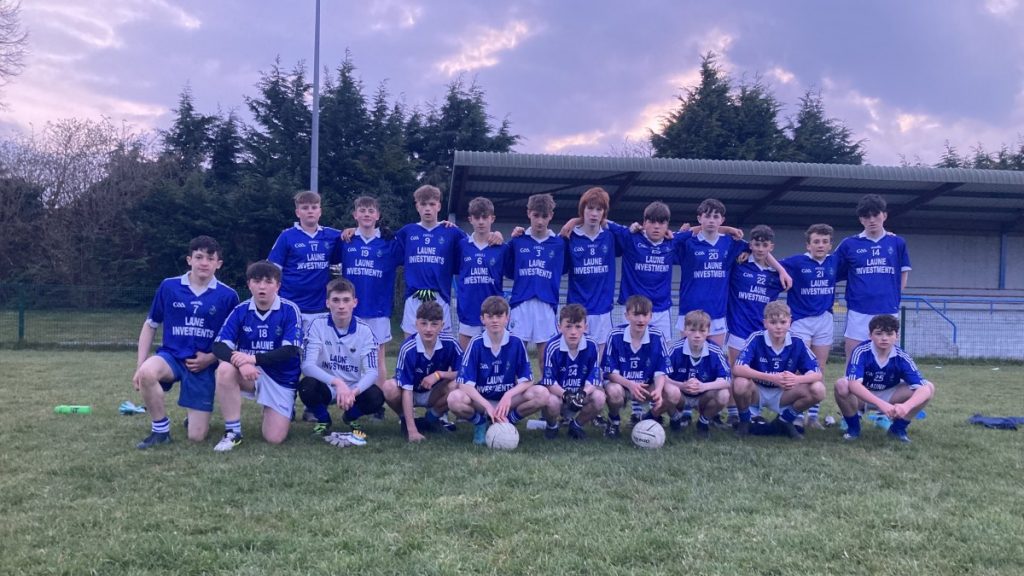 Laune Rangers Under 15 Boys Blue Team opened their County League Division 1B season on Wednesday evening with victory over their hosts Beaufort in Pete Coughlan Park.

A commanding first half saw Rangers take an early lead.  The first goal of the game was produced by an unlikely source – goalkeeper Harvey Mangan’s 45 dropping into the net of his opposite number.  Further goals from Colm Evans, Bryan McKenna and John Horgan topped an excellent attacking display that also included six points from play by Adam O’Neill.  Rangers lost Oran O’Sullivan to injury in the first half, although he left his impression on the tie having scored the point of the game with the outside of the boot to ensure all starting forwards scored from play in the opening period

Beaufort were much improved in the second half, scoring three goals to add to their one in the first, as Rangers added a fifth through Conor West, who also scored three well taken points.