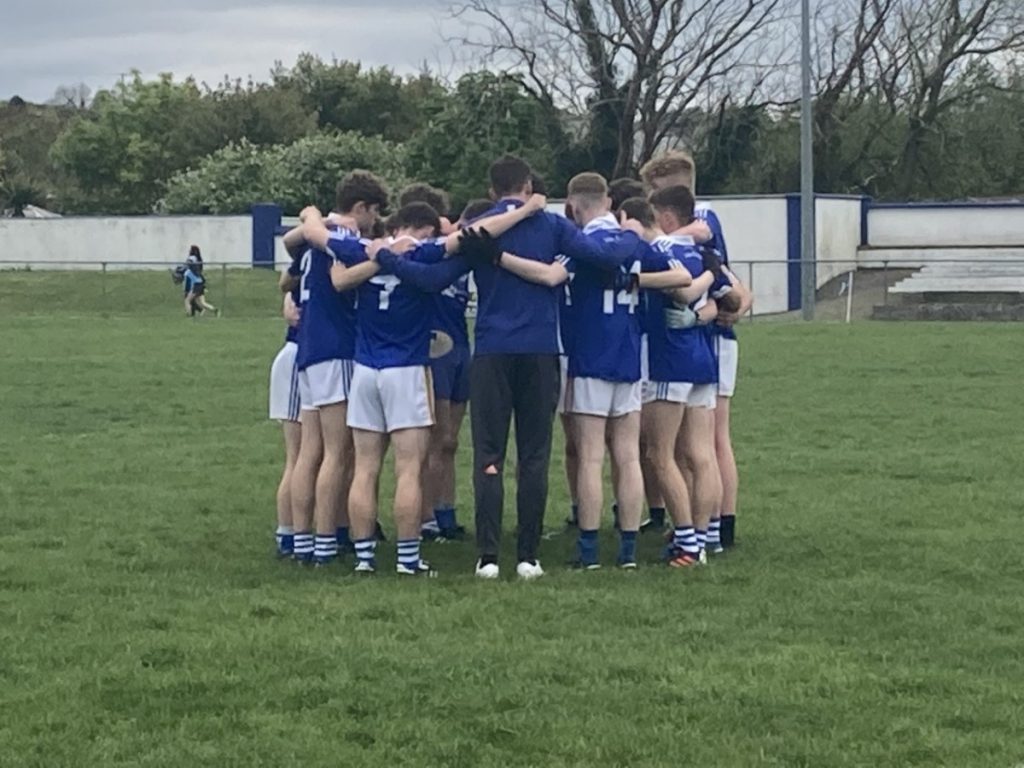 Both sides were without a number of players, with the County Minor players excluded from this competition and injuries taking its toll on the two teams – John Burke, Darragh Clifford, Niall Tadhg O’Brien, Joseph O’Neill, Conor Buckley and Matthew Spillane among the absentees for Rangers.

Austin Stacks were first to trouble the scoreboard operator with a point in the first play of the game.  However, Laune Rangers were the stronger team throughout, and a goal by Oisín Birmingham put them into a lead that they would hold for the rest of the game.  Jack Lynch, Rian O’Sullivan and Seánie Diggin added excellent points before Rian O’Sullivan scored his team’s second goal.  An Austin Stacks point was cancelled out by a well taken point by Stevie Gannon to see Laune Rangers leading by 2-4 to 0-2 with fifteen minutes played.

Austin Stacks pointed again but Stevie Gannon, Jack Lynch & Rian O’Sullivan (2) all added to their tallies to extend the Rangers lead.  Austin Stacks scored the final point of the half to leave Rangers leading by ten at the break.

Laune Rangers scored a point through Oisín Birmingham seconds into the second half, but there would be no further score for 20 minutes as both sides kicked a number of wides.  Birmingham and Ryan Carey added points but they were nullified by a brace of points by Austin Stacks, the last one a free – incidentally the only score not from play in the game.